Despite the increased interest in Metaverse amplified by Facebook's rebranding to Meta Platforms, the general public has yet to see any tangible examples of it 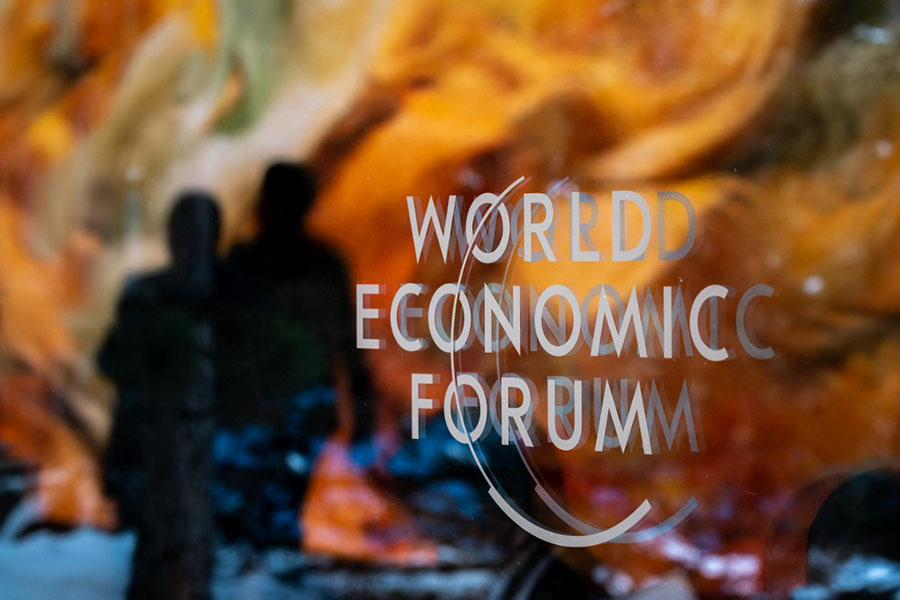 A sign of the WEF is seen at the Congress centre during the World Economic Forum (WEF) annual meeting in Davos on January 18, 2023. (Photo by Fabrice COFFRINI / AFP)​

During the third day of the World Economic Forum (WEF) at Davos, discussions about blockchain technology didn't lead to a clear path, with those involved in creating the Metaverse still trying to fully understand it. Additionally, regulators suggested that central bank digital currencies (CBDC) could potentially have negative effects on the global economy. The WEF released two reports on the Metaverse, defining it as a digital world that will change how people interact, work, and play, and is immersive, interoperable, and synchronous.Despite the increased interest in the Metaverse, which was amplified by Facebook's rebranding to Meta Platforms in 2021, the general public has yet to see any tangible examples of it. The head of media, entertainment, and sport at WEF, Cathy Li, stated during a press conference on Wednesday that the concept of the Metaverse is still evolving and does not yet have a set definition.Huda Al Hashimi, the Deputy Minister of Cabinet Affairs for Strategic Affairs in the United Arab Emirates, stated during the same event that there are many open-ended questions surrounding how the Metaverse should be regulated and that extensive testing is needed. Al Hashimi also mentioned that regulators will act more as referees instead of gatekeepers and that a code of conduct will be more important than creating policies.Chris Cox, the Chief Product Officer of Meta, stated that he believes that the Metaverse platform will become as important as smartphones in the future. He compared the Metaverse he is building to Instagram, which focuses on providing tools for creators and builders. The Metaverse will include spaces created by big companies, startups, and shops, but the challenge will be seamlessly transitioning between different ecosystems, similar to how you can easily go from Wikipedia to Google Maps online without losing coherence or connectivity. Cox also mentioned that the Metaverse currently lacks a hyperlink.Shashank is the founder of yMedia. He ventured into crypto in 2013 and is an ETH maximalist. Twitter: @bhardwajshash