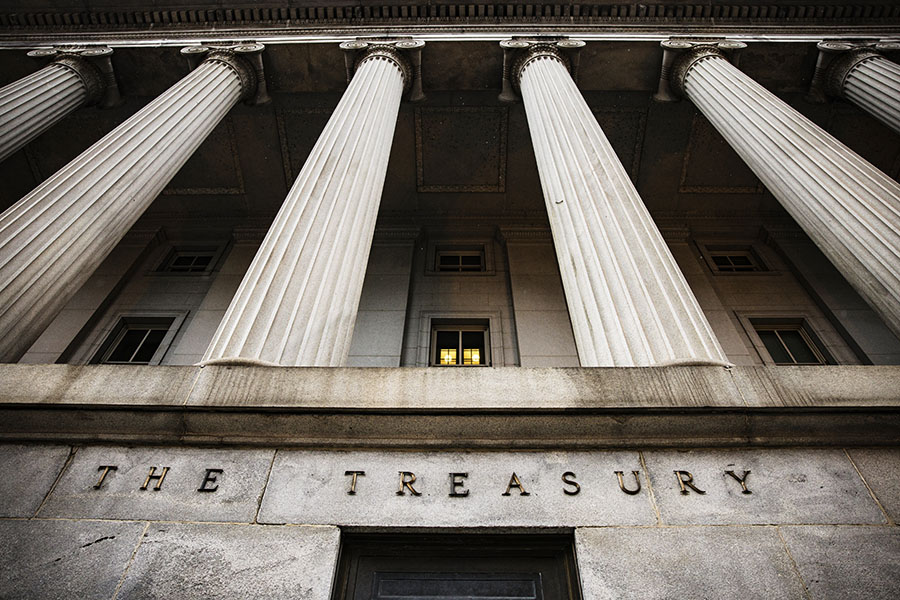 The US Department of Treasury is preparing to solicit public comments on digital assets based on a document that will be published in the Federal Register on Tuesday. On Monday, the Treasury Department issued a request for comment. It asked more than 20 questions. The questions aim to get comments from the public to explain whether the government has 'completely defined the illicit financing risks' associated with crypto.

In layman's terms, the department invited the public to comment on regulatory obligations imposed by the US government that were no longer fit for purpose as it relates to digital assets. According to the document, various federal officials will develop a coordinated action plan to address the potential national security risks posed by digital assets. The Treasury Secretary, Attorney General, Homeland Security Secretary, Director of National Intelligence, and Secretary of State are among them.

The Treasury said in an official statement, "The growing use of digital assets in financial activity heightens risks of crimes such as money laundering, terrorist and proliferation financing, fraud and theft schemes, and corruption…Illicit activities highlight the need for ongoing scrutiny of the use of digital assets, the extent to which technological innovation may impact such activities, and exploration of opportunities to mitigate these risks through regulation, supervision, public-private engagement, oversight, and law enforcement."

The notice is in response to US President Joe Biden's executive order issued earlier this month on March 9. The order directed several agencies, including the Treasury, to conduct research on crypto assets. Earlier this week, the Treasury issued several reports in response to the executive order, urging financial regulators to maintain tight oversight of digital assets as well as robust consumer protection. The executive order also stated that the use of digital assets provided bad actors with the ability to easily engage in financial crimes such as money laundering, terrorism, fraud, and theft schemes.

The public comment request also addresses central bank digital currencies (CBDCs) which are centralised forms of fiat currency, such as the US dollar. The government is in charge of these. On September 16, the White House released a regulatory framework for digital assets, prompting the request for public comment. The Treasury Department will create an illicit finance risk assessment on decentralised finance as part of the framework's requirements by February 2023. Many in the space chastised the administration for appearing to prioritise the illicit use of crypto over its potential benefits. These included the crypto advocacy groups as well.

The questions range from how crypto might be used in illicit finance and what risks it poses to the role of anti-money laundering and counter-terrorism financing rules. Brian Nelson, Under Secretary for Terrorism and Financial Intelligence, said in a statement, "...without appropriate controls and enforcement of existing laws, digital assets can pose a significant risk to national security by facilitating illicit finance, such as money laundering, cybercrime and terrorist actions."