Jamie Dimon, the CEO of JPMorgan, speaks up about crypto assets 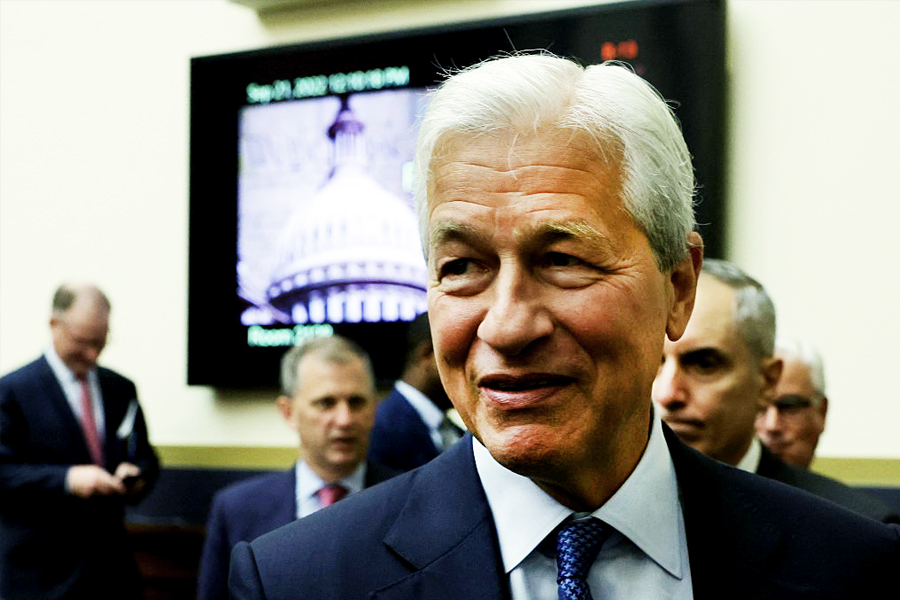 Chairman and CEO of JPMorgan Chase & Co. Jamie Dimon (C) returns to the room after a break during a hearing before the House Committee on Financial Services on Capitol Hill, Washington, DC. September 21, 2022. Image: Alex Wong/Getty Images via AFP

JPMorgan Chase CEO Jamie Dimon described himself as a big sceptic of crypto tokens like Bitcoin when appearing before the U.S. Congress. He referred to crypto assets as decentralised Ponzi schemes.

The JPMorgan Chase & Co. chief executive officer said in congressional testimony, "I’m a major skeptic on crypto tokens, which you call currency, like Bitcoin…They are decentralized Ponzi schemes."
The remarks are the most recent criticism of digital currencies by Dimon, who once branded Bitcoin 'a hoax' only to apologise later for his words. After stressing that he sees value in blockchain, decentralised finance (DeFi), ledgers, smart contracts, and tokens that do anything, Dimon went on to criticise crypto tokens that refer to themselves as currencies.
Dimon has previously stated that he has no interest in personally supporting the industry and has previously called Bitcoin a fraud. Though, he has changed his mind about crypto assets, pointing out that they potentially have significant applications, such as cross-border payments.

When asked about his opinions on the proposed stablecoin legislation in the United States, Dimon responded that he thought stablecoins were fine as long as they were properly regulated and that this regulation should be similar to that which applies to money market funds.

Maxine Waters, the chairwoman of the House Financial Services Committee, and Patrick McHenry, the ranking member, have been negotiating stablecoin legislation. It would be forbidden to issue or develop new 'endogenously' collateralised stablecoins, such as ones like TerraUSD, the algorithmic stablecoin that crashed earlier this year.

Despite Dimon's opinions on crypto assets, JPMorgan has been actively pursuing blockchain technology. In order to improve settlement efficiency, the financial behemoth introduced its own internal stablecoin, JPM Coin, in October 2020. JPM Coin was the first crypto backed by a U.S. bank.

The bank introduced Onyx, a new business unit devoted to blockchain technology, a week after launching the coin. Large institutional clients have since used the Onyx platform for 24/7 international payments.