Yulu: Mobility-as-a-service made for India

The Western world talks about autonomous cars, Yulu customers can ride their own two-wheelers which provides mobility-as-a-service and ticks all the right boxes, cofounder Amit Gupta says 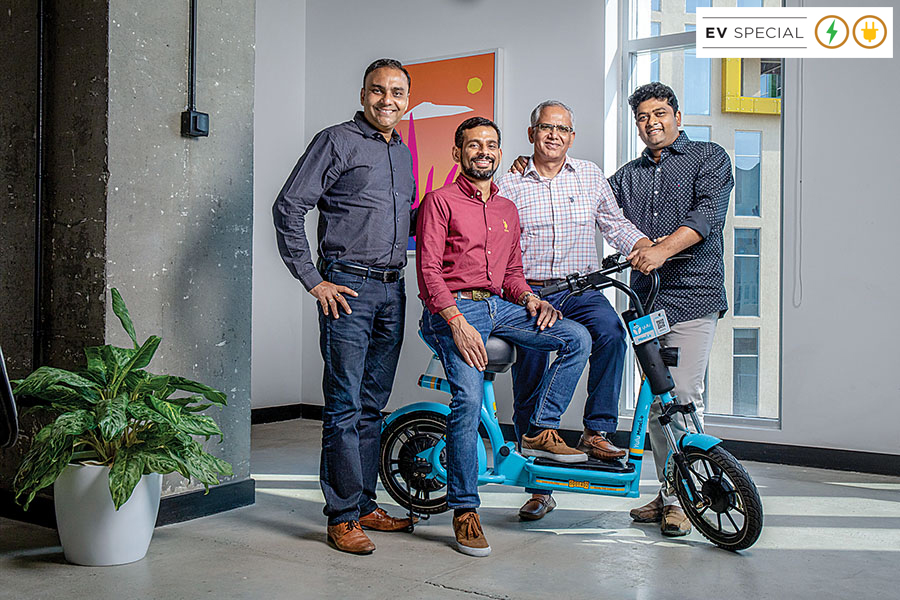 At literally the other end of the spectrum from high-performance motorcycles are the small, distinctly light-blue electric mopeds that Yulu offers. It designed them for Indian conditions—including a low top-speed that allows riders to use the bikes without a two-wheeler driving licence.

In fact, about four years ago, Yulu’s founders, Amit Gupta, RK Misra, Naveen Dachuri and Hemant Gupta, started out by putting bicycles in different parts of Bengaluru, which they called Yulu zones. Gupta, the CEO, previously co-founded ad-tech company InMobi. Misra was his senior at IIT-Kanpur, Dachuri was his batchmate and Hemant Gupta, a childhood friend.

The idea was, one could use the Yulu smartphone app, locate the nearest bicycle, walk to it, unlock it with the app, ride it to another zone close to one’s destination and leave it there and walk away. The app would deduct the fare. They realised that the scooters, which they called Yulu Miracle, were more popular.

“The Western world talks about autonomous cars, but we thought that our customers could ride their own two-wheelers provided mobility-as-a-service could tick all the boxes,” Gupta says. That meant, convenience, affordability, ease-of-use and reliability under Indian road conditions.

The Covid-19 pandemic slowed them down like most other businesses, but also exposed new use cases, including those people who still needed to get to work—people working in shops and factories, for example—and the large number of delivery personnel, and the original target segment of white collar users, now working from home but who still need to commute for quick errands. 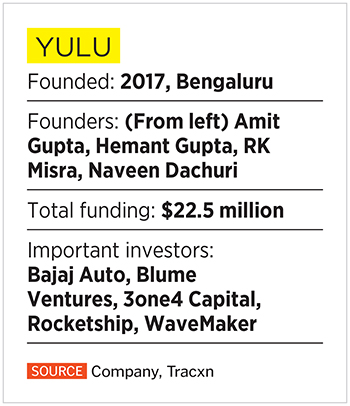 Yulu has also launched one more variant of the scooter called Yulu DEX, also connected to the company’s state-of-the-art Internet of Things (IoT) network. DEX has a rear carrier that can take a load of up to 10 kg, making it ideal for the ubiquitous delivery personnel in our cities today.

Now as things are beginning to return to a bit of normalcy, Yulu is striking partnerships to expand its operations, and make more scooters available in more locations. The idea is that in busy and popular locations, people should not have to walk more than a few minutes to get to Yulu zones.

Yulu is currently operating about 10,000 scooters in Bengaluru, Mumbai and Delhi. Over the next three to four years, Gupta aims to put a million scooters on the roads in about 10 cities.

Tweets by @forbesindia
From scooter rental to EV player: How Bounce morphed to survive the pandemic
Photo Of The Day: Hope, faith, and victory