Digital events by art auction houses are doing better than before, but are hardly enough to compensate for cancelled physical ones 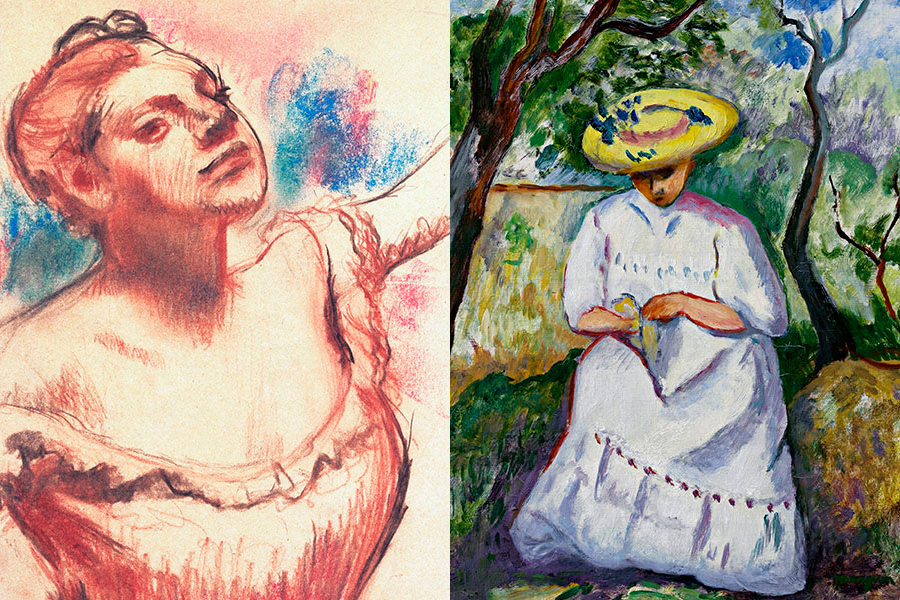 Christie’s La Vie En Rose collection, which was auctioned between May 12 and 28

For anybody who has attended an art auction, it is the electric atmosphere in the bidding room—the thrill of the chase—that almost defines the sales. As the auctioneer stirs up the excitement with each artwork being brought in by gloved attendants, bidders begin their frenzied one-upmanship. As the bids climb higher, almost inevitably they shift to bidders who are only on telephones and, now, online—the highest prices are rarely quoted by those who are willing to be seen. Gasps are heard from those in the room, as the auctioneer announces each new bid, outdoing the previous one. Finally, the hammer comes down, and the pantomime is over. Now, imagine this entire process, with only an auctioneer standing at the podium in a room devoid of any other humans, hammer in hand. It could well become a reality, given the effect that the coronavirus pandemic has had on the very ways in which people come together—art being one of them.

“As Europe begins to open up gradually after the lockdowns, we might have physical auctions again,” says Sonal Singh, managing director of Christie’s India. “We will have to maintain social distancing of course. We might even have the option of having an auctioneer in the room, but no bidders.” That the pandemic would upend the art market was first indicated by the cancellation of the first major art event, Art Basel Hong Kong, scheduled for March. The event, instead, launched online viewing rooms and VIP preview days. The online viewing rooms allowed collectors to browse thousands of artworks and directly contact galleries with sales inquiries. “As the art market continues to evolve, Art Basel has continually investigated how new technologies can give us new opportunities to support our galleries. The online viewing rooms will provide galleries with a further possibility for engaging with our global audiences, complementing the essential personal interactions that continue to underlie the art market,” said Marc Spiegler, global director, Art Basel, at the time of the announcement. 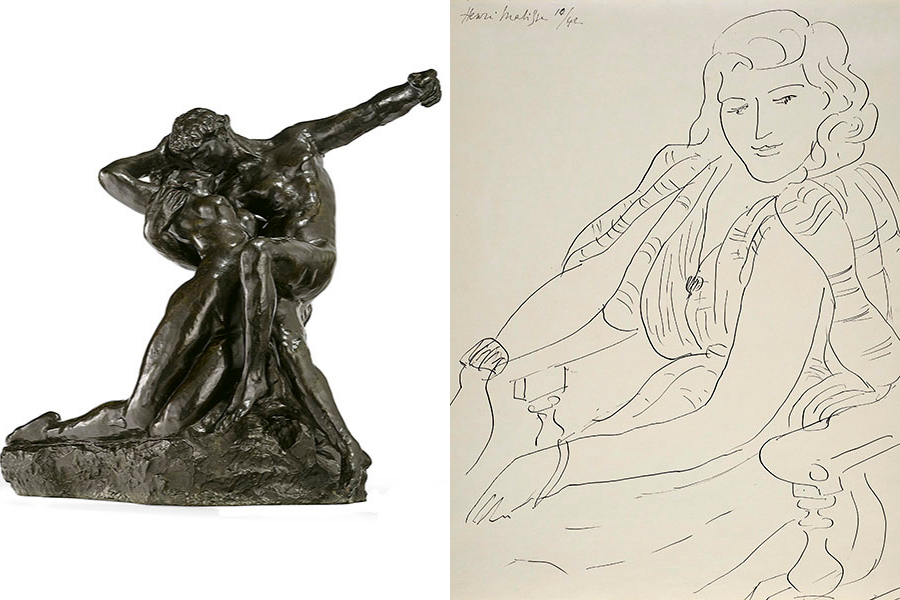 Christie’s La Vie En Rose collection, which was auctioned between May 12 and 28   The significance of this shift can be gauged from the fact that in recent years, Hong Kong has grown rapidly into a major hub for art buyers and sellers, and is the epicentre for Chinese, contemporary and modern art, and Western art in Asia. Older art markets such as the UK and US, and newer entrant China, now account for over 80 percent of total global art sales by value. If Art Basel Hong Kong was the beginning, what followed was even worse. “Since early March, the global art market has suffered the equivalent of a cardiac arrest, with art fairs, biennials, festivals, auctions, gallery and museum exhibitions cancelled or postponed to later in the year,” writes Andres Peterson of ArtTactic, an art market reserach firm, in his May 2020 report. “Although the art market has rapidly moved online, the uptick in online sales pales in significance to what the offline auctions at Christie’s, Sotheby’s and Phillips would normally bring in during the first five months of the year. Last year, the three main auction houses brought in $4.2 billion between January 1 and May 19; this year, only $354 million has been generated in physical sales and since March 14, online sales of $174 million—an estimated 87 percent decline in total auction sales value.” 2019 was not a particularly good one for the global art market. It shrunk by 5 percent, with a total of $64.1 billion in sales, according to a report titled ‘The Art Market 2020’ released by Art Basel and UBS; the sales represented a drop of $3.3 billion in sales from 2018, which was the art market’s biggest year in half a decade, with total sales of $67.4 billion. The report seemed to confirm speculation that geopolitical conflicts, uncertainties over the fallout of Brexit and the US-China trade wars had created a more cautious market. 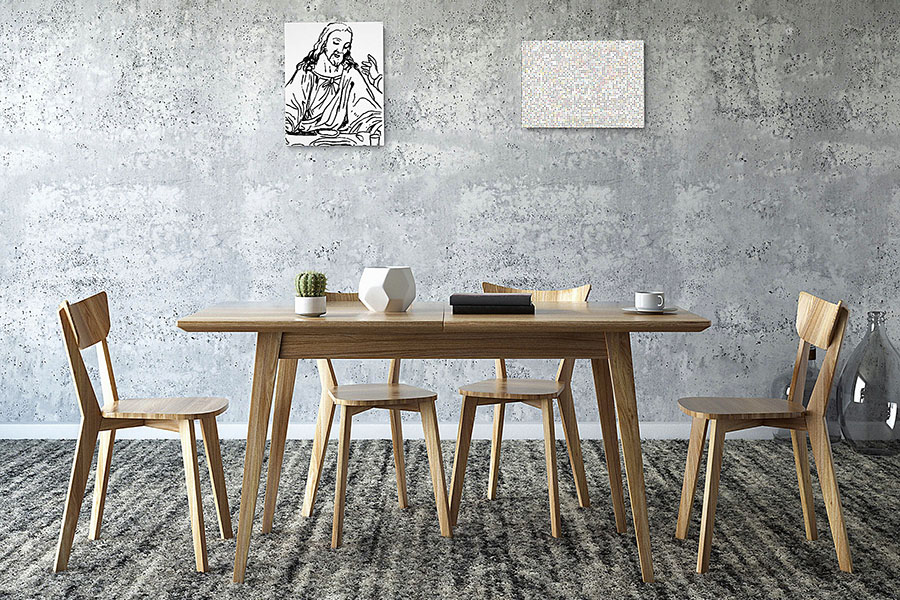 The I Have To Stay At Home collection auctioned by Sotheby’s on May 28    Last year, Sotheby’s recorded results of $4.8 billion from over 400 auctions, and yet overall sales were down from the previous year’s high of $5.3 billion. For Christie’s, total auctions and private sales last year brought in $5 billion, well down from $7 billion in 2018. “However, no one could have anticipated the impact of the current Covid-19 crisis, which has wiped out an estimated $3.7 billion of auction sales among the three biggest houses since the world went into lockdown,” adds Peterson. Is going digital enough? Like everything else, the art world moved online, with a renewed push on social media. “We are experiencing strong digital engagement with our online and private sales,” says Dirk Boll, president, Europe, Middle East and Asia, Christie’s, adding that between January and July 2020, it will have increased the volume of online sales by 73 percent compared with the same period in 2019. “In Q1 2020, Asian-bought value across all sales increased by 155 percent.” He adds that Christie’s Asia has seen a surge in registrants for online Asian art sales, increasing by roughly 70 percent compared to the same sales last year. “In May, Hong Kong announced the first-ever virtual private selling exhibition Characters –Joyce Pensato X Yuichi Inoue, where we expect to see this strong digital engage to carry though.”

Adopting the same strategy is Sotheby’s, which, in March, conducted 14 online auctions across categories including wine, contemporary African art, jewels, 20th century Middle Eastern Art, and others. “Sotheby’s has been able to nimbly scale-up its offering of online sales, thanks to our substantial investment in this area in recent years,” says Edward Gibbs, chairman, and head of department, Middle East and India. “Since the lockdowns, starting March 20, the company has held more than $100 million of online sales, through more than 50 auctions in five selling locations in North America, Europe and Asia.” Sotheby’s online sales so far this year have totalled $127.9 million, more than six times the year-to date total in 2019. Both auction houses have also started private sales on their websites, “since there are a number of people who are looking to buy, as well as looking to sell during these times”, says Singh. Under normal circumstances, the sale of these pieces might have been closely guarded secrets, says Gibbs, but now, for the first time, the details of these works are available on Sotheby’s website. “The launch of The Gallery Network is a new space on our website where other galleries can show their curated offerings for sale,” he adds. Events and sales apart, auction houses are leveraging the power of social media to keep their existing clients engaged, while attracting new ones. According to Sotheby’s, almost $50 million of its sales in 2019 were directly associated with its social media posts. “What’s becoming increasingly apparent across the board is the power of digital platforms to reach a whole new world of collectors.” Says Gibbs. “Since March, over one third of all buyers in our sales have been new to Sotheby’s.” Boll, from Christie’s, too says it will continue to invest in online sales and our digital experience, “recognising that this is our primary channel for attracting new buyers and bidders”. For online auction houses in India, the last couple of months have been a mixed bag. SaffronArt continued with its online events, including a ‘Works on Paper’ auction in April, which comprised artworks by Gaganendranath Tagore, Nandalal Bose, Amrita Sher-Gil, Jamini Roy, KH Ara and other masters. SaffronArt also has a ‘Collector’s Eye’ auction lined up for end of May. AstaGuru, on the other hand, held its last online auction in February. But the increase in online sales is not enough to compensate for the physical events that were either cancelled or postponed. “The strong uptick in online sales pales in significance to what the offline auctions at Christie’s, Sotheby’s and Phillips would normally bring in during these last months,” says Peterson. “With major seasons in Hong Kong and New York postponed until July, some of the lost sales opportunities from the second quarter are likely to be recovered in the third quarter.” The future: A new canvas? With lockdown restrictions easing in Europe, Christie’s had a live auction in Paris on May 26 and scheduled another event in London. “The French events calendar has 18 live auctions—of which six will be online—scheduled till July. These include physical auctions, which will follow all social distancing requirements,” says Singh. “There are London sales scheduled in June, and events in Hong Kong and New York starting July.” 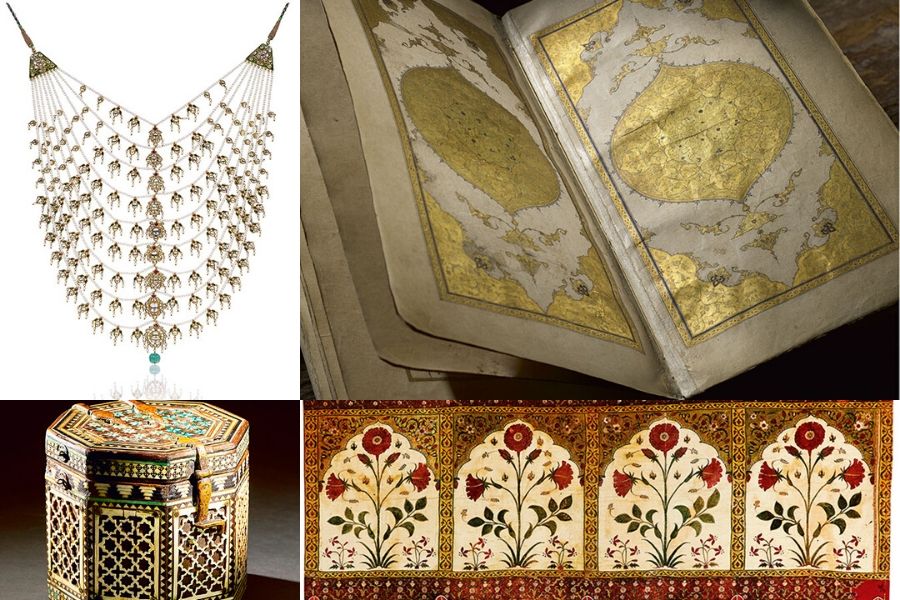 Sotheby’s Arts of the Islamic World & India collection that’ll go up for auction on June 10 Bolls adds that in the months ahead, there will be a need for greater collaboration within the art communities. “In May, Andy Warhol: Better Days outperformed estimates with proceeds to support the Andy Warhol Foundation’s efforts to provide emergency relief to artists,” he says. “Looking ahead, Christie’s and China Guardian have announced ‘2020+’ a new collaboration in Shanghai this September to offer art collectors and enthusiasts a new and unique way to experience art.” Gibbs, from Sotheby’s, says the electronic revolution brings many advantages. “We can all share more and learn more. Perhaps we’re witnessing the development of a more open community. Evidence of this shows in the way museums, galleries and auction houses are revealing more and more of their collections to the digital world.” It will also be a period of many firsts. For instance, this July will see the first-ever online-only Russian Art sale, after 50 years of live auctions. “Russian Art was always thought to have clients who are more traditional than others, and [was expected to] resist the online platform,” says Alexis De Tiesenhausen, international director Russian art department, Christie’s. “But after discussions with both buyers and sellers, we were a little surprised to find that our clients are already ahead of us on this.” Peterson’s predictions for the art market in the months ahead remain grim. “The outlook for the next six months suggests that art market experts have already written off a V-shaped recovery for 2020. “However, the 12-month outlook shows more optimism, with 20 percent [of experts surveyed] believing the art market could start to recover within a year, although 42 percent of the experts still believe the art market will continue to deteriorate, and 38 percent believe it will remain stable.”