In total, the carbon footprint related to staging the Tokyo Olympic Games was estimated at 2.7 million tons of CO2 equivalent, or some 237 tonnes per athlete 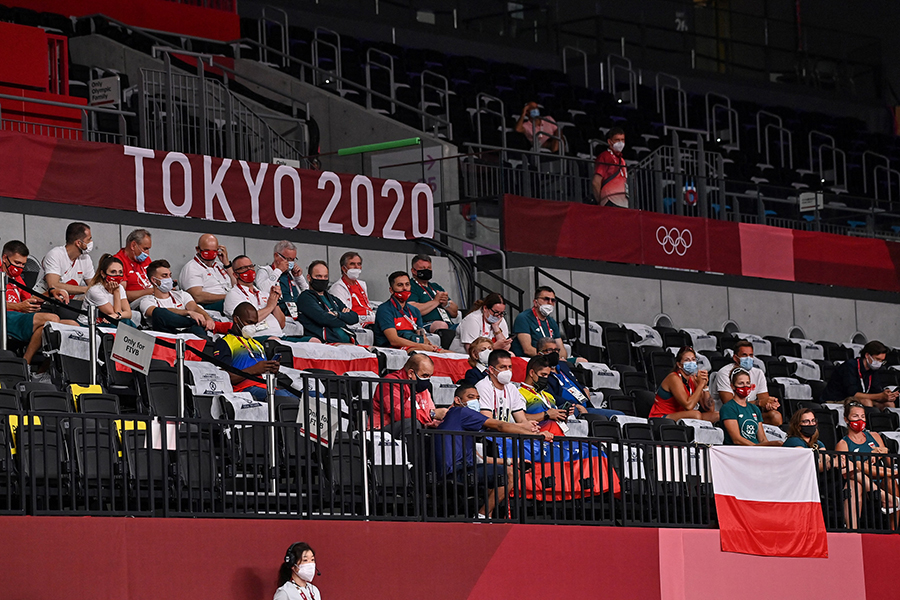 Hosting and staging the Olympic Games has a significant carbon footprint, new research shows. Mainly linked to the transportation of athletes by plane and the construction of infrastructure, the cost is indeed high for the planet. However, there are solutions for achieving net reductions, from which Paris could take inspiration when organizing the 2024 edition.

The pandemic isn't all bad... at least from a carbon impact point of view. In fact, 2020 and its various lockdowns led to a spectacular drop in consumption, in turn reducing our carbon footprint. And, although taking place in 2021, the Tokyo Olympics will also see a reduction in carbon emissions compared to other editions. Again, this is due to the pandemic, as the famous global competition has no international spectators this year. This is demonstrated by a new study from Greenly, a website proposing carbon impact calculation services.

This research is based on an analysis of available scientific literature about the Olympics, and work published by the organizers of these competitions. According to Greenly's calculations, the empty stands in Tokyo reduce the carbon footprint of the Games by 12.5% compared to previous editions. Ultimately, the figure remains relatively low, but this reduction is mainly due to emissions linked to air travel (80%) by foreign spectators. The remainder are emissions related to fixed costs, notably accomm odation and food.

Team USA and Brazil are the worst offenders
In total, the carbon footprint related to staging the Tokyo Olympic Games was estimated at 2.7M tonnes of CO2 equivalent, or some 237 tonnes per athlete. This assessment is based on several criteria: emissions relating to the construction of the competition venues (55%), spectators (30%) and logistics relating to running the events (15%).

Greenly's data scientists also drew up a ranking of the most carbon-intensive Olympic teams. With emissions of more than 900 T of CO2e to go to Japan, the US delegation and its 613 athletes has the highest carbon footprint.

In terms of events, those that require the most athletes generally have the largest carbon footprints, notably athletics, with its 2,000 athletes, unlike climbing or trampoline (with about 100 athletes for these events). However, this is not the case for gymnastics—the third ranking sport in terms of players, but which comes 11th in terms of carbon footprint, largely thanks to strong representation across Asia (and therefore shorter travel distances for Japan).

The Olympic flame also has a climate impact
The study also looks at other activities specifically related to the Olympics. These may seem more anecdotal, but they are nonetheless worth their weight in carbon. For example, the July 14 flight chartered to transport 36 elite horses from Liège to Japan generated 500 T of CO2e.

In 2016, during the Rio de Janeiro Olympic Games, the production of commemorative coins required 75,000 tonnes  of CO2e. The Olympic Torch Relay, another flagship Olympic tradition, emits 3,000 tonnes of CO2e, the equivalent of 1,500 flights from Paris to New York.

However, the organizers of the Tokyo Games are not completely indifferent to the ecological issues surrounding this competition. For example, they decided to make this year's podiums and medals recyclable.

And, for the first time in the history of the event, the athletes will sleep in beds made of cardboard. But while this initiative made the news, according to Greenly's estimates, it would only make symbolic energy savings, seeing as the construction of beds for competitors represents the equivalent of only 0.05% of the forecast pre-covid emissions of the Tokyo Games.

The goal for 2024: 1.5 million tonnes of CO2e
The City of Paris, which will host the next edition of the Summer Olympics in 2024, has set the ambitious goal of cutting the event's carbon footprint in half, i.e., to 1.5 million tonnes  of CO2e. But to achieve this, the organizers will need to take various measures.

This more eco-friendly Games will first have to reduce emissions relating to transportation and construction, by bringing athletes by train, using more existing buildings, prioritizing low-carbon materials for new construction projects, and developing positive infrastructure for cities, the study explains.

"Effectively reducing the footprint of these global events would be a strong symbol for a global response to the climate crisis," says Greenly co-founder Alexis Normand, And for him, this needs to start with the dawning of collective awareness.

Tweets by @forbesindia
What if the unvaccinated can't be persuaded?
Over 600 million Indians have a smartphone. Star India wants Disney+ Hotstar to be on every one of them