One in 100 older Americans have died in the coronavirus pandemic 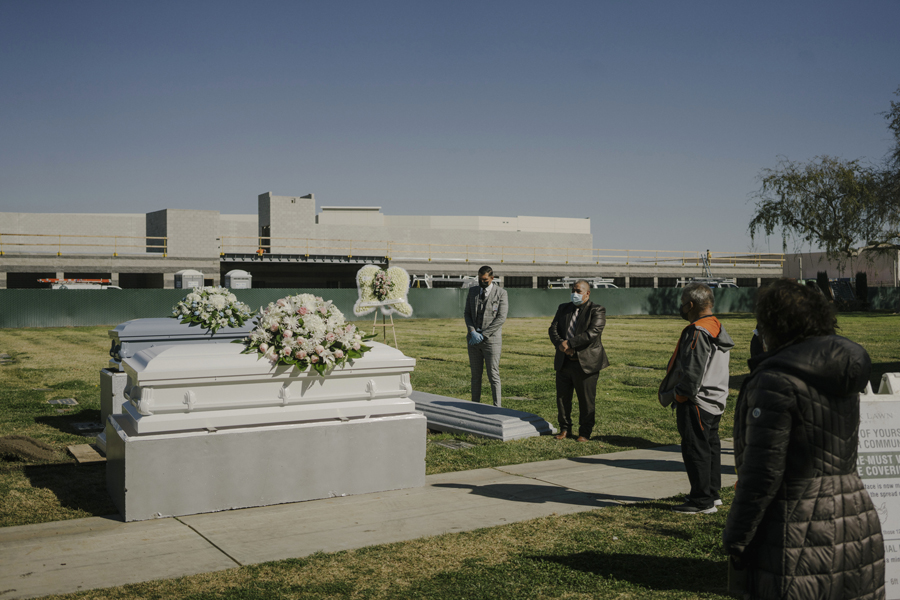 As the coronavirus pandemic approaches the end of a second year, the United States stands on the cusp of surpassing 800,000 deaths from the virus, and no group has suffered more than older Americans. All along, older people have been known to be more vulnerable, but the scale of loss is only now coming into full view.

The heightened risk for older people has dominated life for many, partly as friends and family try to protect them. “You get kind of forgotten,’’ said Pat Hayashi, 65, of San Francisco. “In the pandemic, the isolation and the loneliness got worse. We lost our freedom and we lost our services.”

Since vaccines first became available a year ago, older Americans have been vaccinated at a much higher rate than younger age groups and yet the brutal toll on them has persisted. The share of younger people among all virus deaths in the United States increased this year, but, in the past two months, the portion of older people has risen once again, according to data from the Centers for Disease Control and Prevention. More than 1,200 people in the United States are dying from COVID-19 each day, most of them 65 or older.

In both sharp and subtle ways, the pandemic has amplified an existing divide between older and younger Americans.

In interviews across the country, older Americans say they have continued to endure the isolation and fear associated with the pandemic long after tens of millions of younger and middle-aged people have gone back to work and school and largely resumed normal lives. Older people are still falling seriously ill in great numbers, particularly if they are unvaccinated, and hospitals in the Midwest, New England and the Southwest have been strained with an influx of patients this month. Worried about their risks, and the ongoing warnings from health officials about the added dangers for older people, many of them are still curtailing travel and visits with grandchildren, and are dining out less.

“After seeing a couple of people we knew die, we weren’t going to take any chances at all,” Rob Eiring, 70, a semiretired sales executive in Mill Creek, Washington, said of the way he and his wife had responded to the pandemic. “We really retreated. Everything turned inward for us.”

At the same time, the push by many companies to have employees return to workplaces is also creating new tension for adults who are older — but still working — and considered at higher risk if they were to get the virus, some experts said. “There’s all these ways — subtle, overt, direct, indirect — that we are not taking the needs of older people in this pandemic into account,” said Louise Aronson, a geriatrician at the University of California, San Francisco, and author of “Elderhood.”

The pandemic is no longer in the early, dark days of spring 2020, when the mysterious virus was sweeping through nursing homes and assisted living facilities and killing people in staggeringly high numbers, particularly those with preexisting health issues.

After the first known coronavirus death in the United States in February 2020, the virus’s death toll in this country reached 100,000 people in only three months. The pace of deaths slowed throughout summer 2020, then quickened throughout the fall and winter, and then slowed again this spring and summer.

Throughout the summer, most people dying from the virus were concentrated in the South. But the most recent 100,000 deaths — beginning in early October — have spread out across the nation, in a broad belt across the middle of the country from Pennsylvania to Texas, the Mountain West and Michigan.

These most recent 100,000 deaths, too, have all occurred in less than 11 weeks, a sign that the pace of deaths is moving more quickly once again — faster than at any time other than last winter’s surge.

By now, COVID-19 has become the third leading cause of death among Americans 65 and older, after heart disease and cancer. It is responsible for about 13% of all deaths in that age group since the beginning of 2020, more than diabetes, accidents, Alzheimer’s disease or dementia.

The virus deaths of older people have sometimes been dismissed as losses that might have occurred anyway, from other causes, but analyses of “excess deaths” challenge that suggestion. Eighteen percent more older people died of all causes in 2020 than would have died in an ordinary year, according to data from the CDC.

“You can say, ‘They would have died anyway’ about any death, because we’re not immortal,” said Andrew Noymer, an associate professor of public health at the University of California, Irvine. “The point is you’re multiplying years of life lost by hundreds of thousands of deaths.”

A year ago, when public health officials in this country began rolling out vaccines against the virus, they made older Americans a priority for shots before most younger people. Older Americans are now the most vaccinated age group in the country: 87% of people 65 and older have been fully vaccinated, according to the CDC.

Still, many older people who are unvaccinated have died from the virus. And the natural weakening of immune systems and organ function, geriatricians say, leave even vaccinated older people more vulnerable. The most recent available CDC data on deaths among vaccinated people, which does not include those in the past 10 weeks, shows breakthrough deaths to be a small fraction of the nation’s toll. But there is no doubt that breakthrough infections in older people have resulted in some deaths.

At the same time, some older people who have spent decades shrugging off traditional notions of chronological age have chafed at the notion that they personally belong to an at-risk group at all, or that people 65 and older can be lumped together. Throughout the pandemic, Billy Simmons, a 71-year-old organic farmer in central Iowa, said he had not taken public health warnings about his age too seriously, reasoning that he rarely gets sick, never sits around watching television and has been a vegetarian throughout his life.

Simmons, who decided not to be vaccinated, said he does not pay attention to the public health guidance that people who are older are more vulnerable in the pandemic. “I’m a lot healthier than people I know who are 20 years younger than me,” he said. “I don’t think they talk enough about your level of stamina and healthiness. If you’re 65 and older but very healthy and you eat well and you don’t oversleep, then you might not have so much to be concerned about it.”