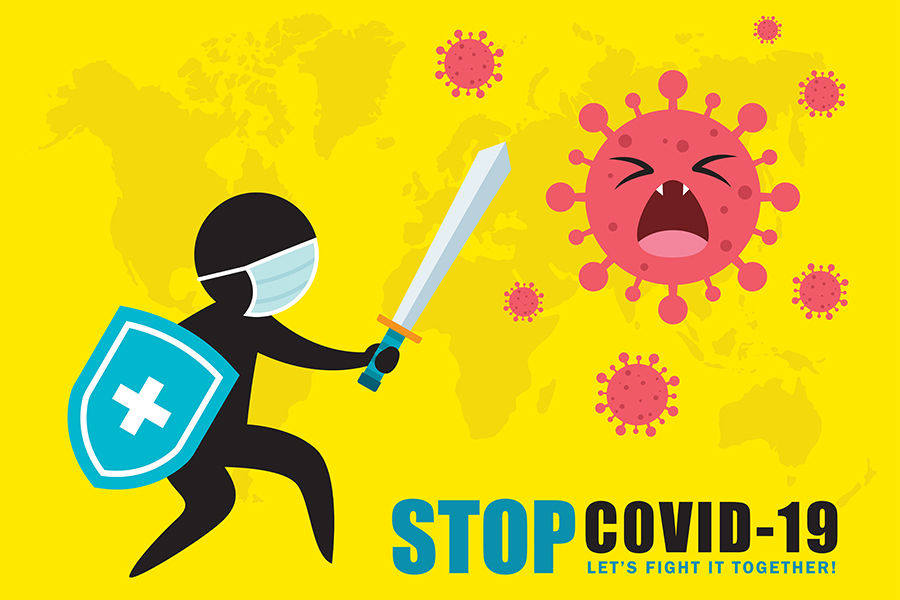 Drawing on lessons from the battlefield is common practice for business leaders seeking tested strategies to succeed against adversity. Today, the battle against COVID-19, an invisible enemy, feels to many observers like a military engagement.

Readers familiar with Agile methodology and its business applications, aimed at empowering teams to better respond to changing customer and competitive threats, are already au fait with this idea of using military strategy to guide project decision-making. Many Agile-immersion workshops coach business leaders on how to lead teams in times of rapid change and uncertainty, and military frameworks play a foundational part of this training.

A significant milestone was achieved in 2001 with the emergence of the Agile Manifesto, foundational principles initially aimed at improving software development. The manifesto emphasized: (1) people over processes and tools; (2) working prototypes over excessive documentation; (3) respond to change rather than follow a plan; and (4) customer collaboration over rigid contracts.

The common theme is to empower teams who are closer to the customer and unlock the full potential of organizations. While born in the software world, the approach is viewed as transformative in both software and hardware across sectors, including financial services, heavy manufacturing, oil and gas, pharmaceuticals, government, and not-for-profits.
To war against COVID

To aid the fight against COVID-19, here are seven key frameworks and approaches with roots in military strategy that are taught in leading Agile and strategy programs. They can help your organization adapt quickly and decisively by enabling teams to continuously update plans and actions against rapidly shifting challenges.

1. Pierce the fog of war
Carl von Clausewitz, a Prussian general and military theorist, coined the term "fog of war." He understood that a strategy works—until the first bullet is fired. The fog sets in when rapid changes in the field aren’t fed back to HQ, where plans can be updated and recommunicated quickly. To remove the fog, Clausewitz believed in light decision-making frameworks that allow adaptability. Napoleon followed these principles when he directed troops, in the absence of orders, to simply head toward gunfire, where they certainly would be needed.

Southwest Airlines famously provides structure to staff built on culture and an aligned operating model. In the field, staff members know what levers they can pull to respond to current conditions, including a discretionary budget that allows them to solve challenges for customers quickly without a supervisor's approval. This capability is one reason why an analyst on Bloomberg recently opined that Southwest might be the airline best prepared to adapt and emerge successfully from the challenges of COVID-19.

2. Focus on quick wins balanced with long-term goals
Agile programs usually include a session on the approach of Miyamoto Musashi, known as one of the greatest of all samurai. As a strategist, Musashi's insight was to create a style using two swords simultaneously: a long sword and a short sword together based on the principle of short, quick strokes with the short sword, balanced with simultaneous utilization of the long sword. Likewise, a focus on quick wins and success in small increments needs to be balanced with long-term planning and achievement. For COVID-19, life and safety-first are essential—but leaders also realize that the medium-to-long term is also crucial to prepare for post-crisis support and growth.

3. Practice the OODA Loop
The OODA loop that Agile practitioners often refer to emerged from military warfare, made famous by United States Air Force Colonel John Boyd, who served as a fighter pilot, instructor, and later as a strategist for the Pentagon:

Boyd's insight came from the need to develop a strategic approach—simple in nature, easy to execute and communicate—that made up for the fact that the enemy at the time was using more advanced aircraft and weaponry. (Many managers today must feel hopeless against an invisible foe that always seems a step ahead.) Boyd realized he could narrow the gap by working out the best possible approaches to deal with rapid change. Similarly, an Agile decision-making process can be a competitive advantage in the right context. The ability to have the mindset and operational muscle memory to go through the OODA loop multiple times in an encounter helped Boyd's disciples win consistently and closed the gap until resources arrived. This is the operational, iterative decision-making heartbeat that many Agile practitioners admire in organizations like Tesla, Amazon, and Salesforce.

4. Develop cross-functional teams able to make decisions in the field
Retired Army General Stanley McChrystal, best known for his command of Joint Special Operations, developed practical lessons for transitioning from a traditional command-and-control structure to a "team of teams" approach more suitable for the battlefield. McChrystal realized a lengthy analysis process often diluted information gathered in the field. An enemy's found laptop, for instance, would be flown back to HQ experts in another country, resulting in valuable time lost, also called decision latency. By contrast, a team of teams approach creates a cross-functional unit whose members have the "minimal viable skills" necessary to decode the material and make quick decisions based on operating principles. Business leaders can utilize this approach to generate fast, smart decisions based on useful information gathered from customers or stakeholders.

5. Create the right glide path to land a project
Jeff Sutherland, co-creator of Scrum (one of the most widely implemented Agile operating approaches) and also a former fighter pilot, draws on his experience of landing a jet on a heaving aircraft carrier. He describes determining a glide path to get the right angle and trajectory for a safe landing, but one that can be adjusted nimbly as complications (surging waves) arise. In the Agile environment, the purpose of rapid development is to produce a minimal workable product at the end of each delivery cycle, or "sprint." This short runway approach allows a team to quickly adjust the glide path toward delivery of the overall project versus waiting for more extended periods when a blown deadline or budget can't be overcome quickly. This reduction in uncertainty and increase in rapid iterative feedback between teams, customers, and stakeholders is vital in times of rapid change.

6. Balance realism with optimism
James Stockdale, former vice presidential candidate, naval officer, and prisoner of war, said leaders must balance both realism and optimism in their messaging. In a POW camp, Stockdale said, it was the optimists who perished first—those who were convinced they would be released by Christmas or Easter or Thanksgiving, never acknowledging the reality of their situation. Stockdale believed in plain talk during a crisis to share the challenge that lay ahead, but also provide hope in overcoming it. In an Agile transformation, leaders share that the challenge needs to be acknowledged and never downplayed. Focusing on the path forward helps teams come together to deliver on the vision.

7. Confront unknown unknowns
The term VUCA originated in the US War College to describe situations that are volatile, uncertain, complex, and ambiguous. In this world, "unknown unknowns" can emerge that place teams in territory that models cannot predict. COVID-19 events deliver surprises daily to many organizations, from health care specialists to government officials. The decision-making process that responds to rapid change is once again as important as the decision itself. Agile leaders base change programs on preparing teams to function in a VUCA world, with rapidly changing customer, competitor, and stakeholder needs. Ideally, this means moving on from a fear of VUCA to embracing what I call VUCAgility, the move in mindset, backed by action, that overcomes volatility by:

Winning at war
While many use battlefield language when referring to COVID-19 challenges, the analogy needs to be viewed in context. Leadership is also about sowing harmony, creating alignment, and forming partnerships, even with adversaries. To paraphrase Sun Tzu, true victory is breaking the resistance of a challenger without fighting.

The approaches above work to assist leaders in making better decisions in real time with agility to the challenges of operating in rapidly changing circumstances. Hopefully, these principles can add to your team's arsenal of tools as you continue to gear up to defeat this formidable threat.


Euvin Naidoo is a Senior Lecturer of Business Administration in the Accounting and Management Unit at Harvard Business School.