Women scientists are more likely to develop treatments for women, but many of their ideas never become inventions, research by Rembrand Koning says. What would it take to make innovation more equitable? 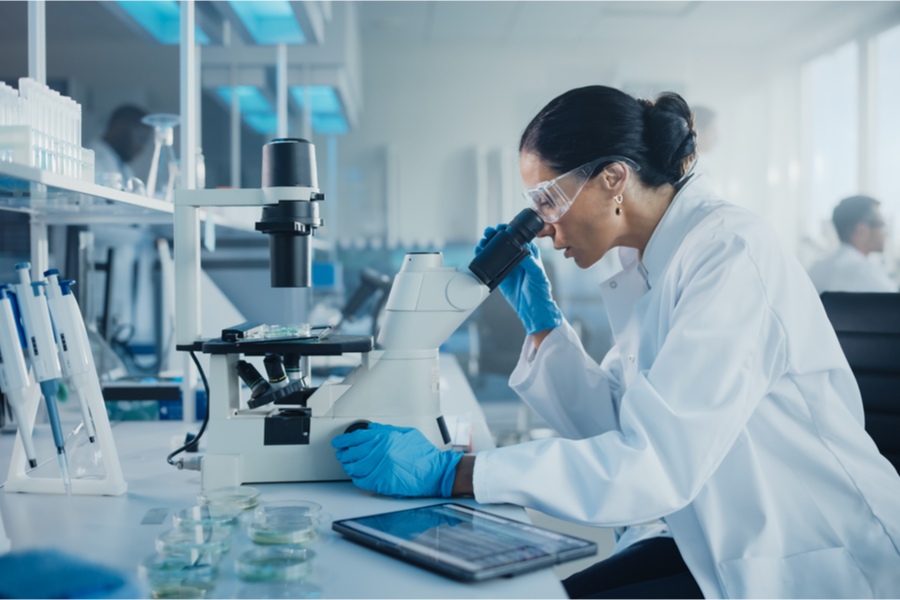 Institutions should also encourage men to study women’s health, helping them understand and empathize with the experience of women. Image: Shutterstock

Women are more likely to invent medical treatments for endometriosis, cervical cancer, and other female conditions, but the dearth of women scientists limits the potential for such life-saving innovations.

Female research teams are 35 percent more likely than male teams to develop medical treatments that primarily benefit women, yet an examination of biomedical patents filed over a 30-year period revealed a significant shortage of inventions targeting women’s health versus the large volume of new products for male ailments, according to a recent study by Harvard Business School professor Rembrand Koning and colleagues.

With women representing only 13 percent of patent holders in the United States, the lack of female-driven inventions may well be having a direct impact on health outcomes, Koning says. If fewer inventors are focused on, say, personalized breast cancer treatment or ovarian cancer tests, fewer lives will be saved by the resulting innovations.

“You have all these women who have great ideas, but aren't being included in the process of commercialization,” Koning says. “Longer-term, we need to shift the composition of who gets to invent and who gets to become a scientist.”

Koning, an assistant professor of business administration in the Strategy Unit at HBS, teamed up with John-Paul Ferguson of McGill University and Sampsa Samila of IESE Business School on research published in June in Science titled, Who Do We Invent For? Patents by Women Focus More on Women’s Health, but Few Women Get to Invent.

To better understand the potential volume of good ideas that never became inventions, the research team crunched biomedical patent data between 1976 and 2010 to discern inventor sex and determine whether the invention was targeted at a particular sex.

Overall, male patent teams produced significantly more patents than female teams: 373,774 by men versus 56,286 by women. Also, men invented more products for men than for women in all but one year of the study.

Koning’s team estimates that if all patents between 1976 and 2010 had been produced by men and women equally, about 6,500 more female-focused inventions would have emerged.

The team also analyzed a vast library of biomedical research articles published between the years 2000 and 2020. Those articles backed up the conclusions of the patent analysis, indicating that women were more likely to study topics and treatments that benefit women. Women are also significantly less likely to file patents than men, so many of the ideas in the papers the researchers reviewed never moved forward to the point of helping patients.

“These findings imply that many promising female-focused discoveries have yet to be commercialized because women are less likely to obtain patents,” the article says.

By analyzing previous research papers, Koning says, “we're going upstream to see if there is a reservoir of ideas there that, if we fix this patenting problem, we can open the spigot and then those ideas would flow out. Our results suggested that there is.”

Although women often invent products or solve problems for their own sex, they don’t do so exclusively. Female-led teams also study diseases that affect both men and women more often than male-led teams do.

“Women are more likely to work on topics like endometriosis or cervical cancer, but they're also more likely to find ways to adapt inventions for women in research on conditions like diabetes or atrial flutter—diseases that impact both sexes,” Koning says.

That means everyone is missing out from the lack of women inventors, Koning says. “Inclusion matters not just for who you work with, but also what your products and your strategies are,” says Koning. “You're potentially losing out on insights from their lived experiences that might allow you to tackle different sorts of markets or different sorts of problems.”

How to boost patents by women

In recent years, progress has been made toward gender parity in science, as more women enter STEM fields and enroll in technical degree programs. The shift started in the 1980s, fueled by changes at the National Institutes of Health that spurred more women to become scientists and discouraged biases among men in the field, Koning says.

While male inventors far outnumber women inventors, biomedical patents secured by women rose from 6 percent in 1976 to 16 percent in 2010. How might we make further progress? Making it easier for women to file patents would help. Providing additional mentoring and support, making sure women feel included in startup culture, and creating inclusive events at schools and technology transfer offices are a few ways to do that, says Koning.

Institutions should also encourage men to study women’s health, helping them understand and empathize with the experience of women.

“That may then help them see opportunities to invent or become more comfortable supporting these sorts of ideas,” he says.