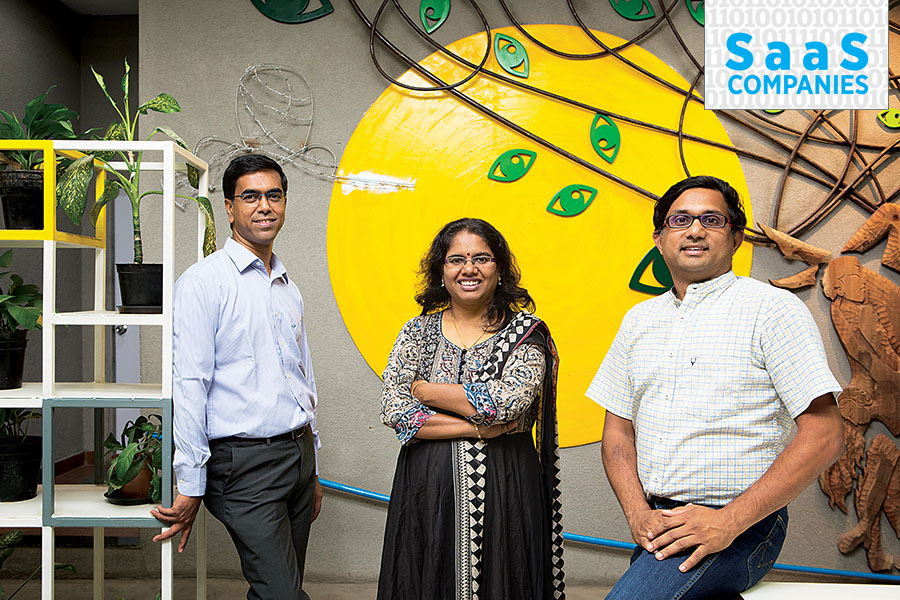 Amagi Media Labs, founded in 2008 by Baskar Subramanian, Srinivasan KA and Srividhya Srinivasan, pioneered a geo-targeting solution in which national broadcasters could beam different ads locally. Amagi did this through a combination of hardware and software that integrate with broadcasters’ networks and beam the right ad to the right location.

“Around 2016, we pivoted the company to build an end-to-end cloud platform to completely operate their operations on a cloud infrastructure,” Subramanian told Forbes India last year after the company’s biggest fund raise. “Starting with two channels in 2017 to more than 800 channels in 40-plus countries today, it’s been a great transformation.”
Today, Amagi is becoming a leader as a media technology company that provides cloud broadcast and targeted advertising solutions to broadcast TV and streaming TV platforms. 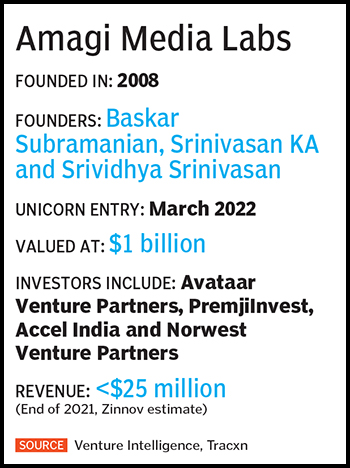 Last September, the company raised $100 million in fresh funding from Accel—that saw some early investors exit—and followed it up with another $95 million in March in a round that saw it become a unicorn.
In recent times, it has been releasing a slew of products such as the advanced version of its content planning and scheduling platform, Amagi PLANNER, and Amagi ON-DEMAND, a content management solution for orchestrating video-on-demand content workflows.
About five years ago, Srinivasan moved to the US to expand operations there, and by late 2021, Amagi had grown its US sales 30-times, and the US became the company’s biggest market. They are now well on their way as a SaaS powerhouse in media technology.