In a study conducted by IESE Business School and Deloitte, India ranks 14th on the list of most attractive destinations for food and beverage exporters 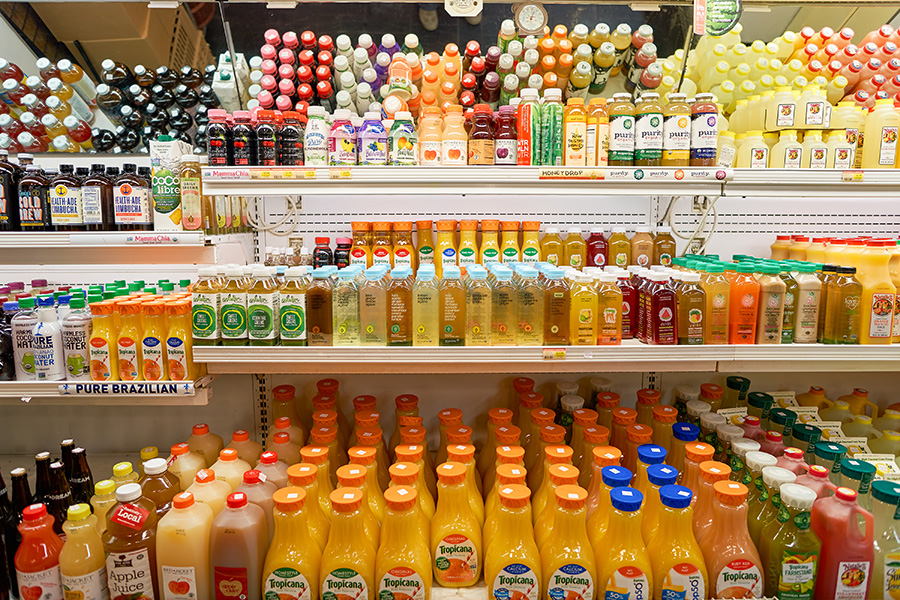 The United States, China and Germany have been named the most attractive destinations for food and beverage exporters. That´s according to the latest edition of the Vademecum on Food and Beverage Markets, a co-production by IESE Business School and Deloitte. The study systematically analyzes such distinct factors as the countries' economic and legal frameworks, the structure of their populations, and the situation of their food and beverage sectors in order to come up with an effective measure of attractiveness for export and investment.

Each of the three leading countries is highly integrated into the international trade of food and beverages, being market leaders in the majority of specific food and beverage categories. Each medalist country also looms large in terms of the huge demographic potential. Apart from that, the US stands out for the size of its economy, China – for its economic growth and Germany - for market and trade efficiency.   Outlook for Asia: variety and huge potential
Although Europe remains the most attractive region, with Germany (3), the Netherlands (4), France (6), Switzerland (9) and the U.K. (10) leading the ranking, Asia is fast catching up; Most of the countries on the continent have been climbing in the ranking over the observed three-year period, resulting in Asia being named the second most attractive region. Unlike European nations, whose strengths are common (e.g. a sound economic and legal framework, high disposable income and per capita spending on food), Asian countries are more diverse in terms of their assets and the challenges that they face, scoring highly in the ranking for different reasons.    Thus, China (2) and Japan (7) are among ranking´s top importers of food and beverage. Meanwhile Hong Kong (5), Japan (7), Singapore (19), South Korea (27) and Taiwan (32), are economies that score among the ranking’s highest on median disposable income and have high food and beverage prices. China (2) and India (14) stick out in terms of the enormous demographic potential.   India: vibrant and fast-growing
India´s strength is its fast growing economy and unique demographic potential, with 600 million inhabitants under the age of 25. Furthermore, the country has been  increasing its attractiveness over the last years due to a stronger institutional environment and the country’s efforts to improve its infrastructure, such as logistics and communications  that paved the way to the development of new business models, enabling, for instance, a boost in e-retailing and doorstep delivery. In general, exporting food and beverage to India seems to be a big opportunity with bright prospects, as the retail seem to be increasingly organized and consumer interests towards foreign products raises. India has a large domestic market and is less dependent on food and beverage trade than most Asian countries. Yet, the amount of food and beverage imports and exports is still quite significant in absolute terms, occupying 3rd place among Asian countries covered by the Index for both imports and exports. India is the world´s largest importer of animal and vegetable fats, a major importer of vegetables, fruits and nuts and has increased its imports of cereals to unprecedented levels over the last years.   While India shows a rather low consumer expenditure per capita on food and beverage, the market is segmented. Almost 24 million  households have annual disposable incomes over USD 15,000 accounts and over 1 million of households gain more than 125,000 US$ annually – magnitudes comparable to those of France and Italy, and slightly below the UK. While in this situation mass-market strategies might not be the optimal choice; niche approaches aimed at certain population groups, specifically high-and middle-high income segments, might pose a tempting opportunity for food and beverage exporters. Exclusive retailers offering a wide array of premium products  such as Godrej Nature Basket or Future Group´s Foodhall outlets are already gaining popularity among these high customer segments.   The country food consumption outlook seems to be dynamic. Market trends such as rising incomes and growing urban population suggest that subsectors like organic food, functional food, healthy food and gourmet products will be gaining momentum in the coming years. In addition, given the preference for convenience, a lot of consumers in urban areas are increasingly preferring ordering from online e-retailers, especially in the packaged food category. There is an increase in the number of F&B e-retailers from both multi-category (such as Amazon, Flipkart, etc.) as well as exclusive F&B focused e-retailers (such as Big Basket, Grofers, etc.). There is also a significant growth of doorstep delivery in cities where both men and women are working long hours.   About the index: Led by IESE Business School's Adrian Caldart and Júlia Gifra, the FBA Index analyzes a total of 80 countries, rating them based on 10 indicators that are meant to sum up their attractiveness as export destinations and investment opportunities in food and beverage sectors. This study is meant as a practical guide for companies as part of the 23rd annual Food and Beverage Industry Meeting.