Creative positioning of climate action projects, if backed by novel, regulatory and market-based mechanisms, can draw in a larger pool of financing from a diverse set of private donors, including those guilty of creating carbon trails in the first place 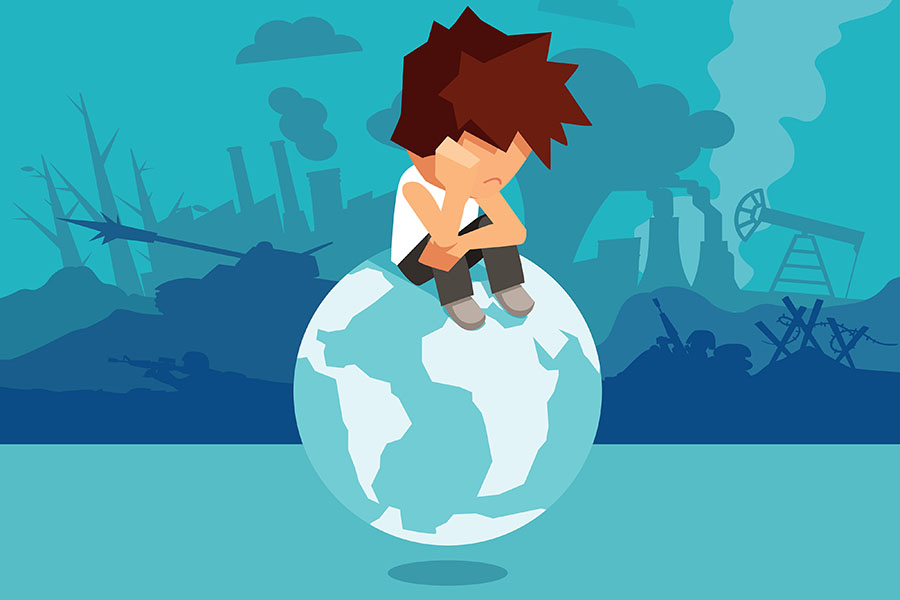 At COP 27, negotiations connected to the NCQG work programme ought to focus on enhancing private investments for climate action in vulnerable countries Image: Shutterstock

The ongoing war in Ukraine has perhaps left its deepest scar in Africa and Asia where low-income countries struggle to cope with the triple crises of high-cost energy, spiralling food prices and worsening macroeconomic conditions. Therefore, the 27th United Nations Climate Change Conference (COP 27) at Sharm El-Sheikh (a biodiversity-rich North African city) promises to be both symbolic and substantive. Apart from focusing on the unfinished agenda items of COP 26, COP 27 is expected to pay special attention to the Work Programme associated with the ‘New Collective Quantified Goal’ (NCQG) on climate financing. The NCQG, initiated at COP 21 in Paris, aims to formulate a new collective quantified goal for climate financing from a floor of $100 billion per year by 2025. The focus of the NCQG is on framing a new architecture of global climate financing that addresses the needs and priorities of developing countries. As a possible blueprint for the future direction of climate financing at the global level, the NCQG is expected to address three critical issues affecting climate action in developing countries:

Despite considerable rhetoric on financing issues, the inconvenient truth is that the flow of ‘new and additional' climate finance to the developing world has been squarely disappointing. Even a small target of mobilising and channelising $100 billion/year to developing countries for climate action remains unfulfilled. With the principal donor countries struggling with the economic consequences of the Ukraine war, it looks doubtful whether even modest targets will be fulfilled anytime soon.

The international public funds set up in the 1990s never focused on leveraging private investments for climate action projects in developing countries. The climate projects of the Global Environmental Facility (GEF) are largely co-financed by MDBs and other international public funds. The Global Climate Fund (GCF) (the coffer to which the $100 billion annual climate finance flow is expected to be channelised) has succeeded in triggering private sector investments through its Private Sector Facility. The GCF’s ‘upfront’ equity investments in new, risk-prone, climate change projects have been pathbreaking since they have served to reverse the notion that ‘equity financing’ should wait and watch before entering greenfield environmental projects. However, overall, the scale of private financial resources mobilised for climate action remains limited. Also read: UN urges 'complete transformation' of global energy system to fight climate change

One of the reasons for this is that bulk of the climate funds have gone into ‘standalone’ climate action ventures with limited multiplier impacts by way of secondary and tertiary investments. The NCQG thus needs a novel approach to leverage private investment on a significantly larger scale than before.

A promising method would be to position climate funds as a complement to mainstream development activities in low-income developing countries. Infrastructure development and SDGs form important tools of economic development in Afro-Asian countries. Indeed infra investments are deployed as contra-cyclical tools by international agencies to shore up crisis-ridden economies. This explains why private investments in Africa hit $19 billion during the pandemic year 2020. Most of these investments have found their way into infrastructure projects (roads, power and transport) and SDGs. Infrastructure development programmes in Asia also have attracted private capital. There are indications that MDBs and private agencies will ramp up infrastructure investments to assist the low-income countries of Africa and Asia to cope with the economic fallout of the Ukraine war. Also read: Challenges of realising a global carbon price

The idea of low-carbon infrastructure has caught up in policy circles in a major way in recent times. Joe Biden’s Infrastructure Deal intends to take the US closer to its net zero carbon emission goals in 2050. India’s renewable energy and Green National Highways Corridor projects aim to complement conventional infrastructure development works with low or zero-carbon initiatives. However, low-income countries of Asia and Africa are not likely to follow these leads. Since low-carbon infrastructure involves extra capital costs by way of investments in support systems like recycled road construction materials and renewable energy storage systems, these countries would prefer to go for conventional infrastructure projects. Indeed there is compelling evidence to show that infrastructure development projects have led to large-scale deforestation in the Congo basin countries of Africa. The same holds for the forest-rich countries of Asia like Kampuchea. The irreversible land use changes created by infrastructure development projects have accentuated the vulnerability of Afro-Asian countries to ‘loss and damage’. If properly designed, SDGs projects could enhance the adaptation capabilities of rural and urban communities in low-income countries. However, in poorer Afro-Asian countries, projects involving SDGs (barring those related to SDG 13) are not tuned to securing positive climate outcomes.Also read: Is ESG at the risk of becoming a smokescreen?

A larger pool of private financial resources could be syndicated, if climate financing trigger mechanisms like the GCF and the MDBs are positioned to complement the conventionally designed infrastructure and SDGs projects. A larger and more diverse pool of private investors could be brought in to invest in climate action projects in low income developing countries by:
At Sharm El-Sheikh, negotiations connected to the NCQG work programme ought to focus on enhancing private investments for climate action in vulnerable countries. Creative positioning of climate action projects, if backed by novel, regulatory and market-based mechanisms, can draw in a larger pool of financing from a diverse set of private donors, including those guilty of creating carbon trails in the first place. Such an approach will go well with the development needs and priorities of low-income countries.(Author is a professor of Economics Area at IIM Bangalore. Views expressed are personal)

Tweets by @forbesindia
Inside the world of bespoke private jet tours that could rewrite how the rich travel and holiday
How Elon Musk financed Twitter takeover: Loans, investments and piles of his own cash