Once considered one of India's finest real estate companies, DLF's struggles in recent times are in stark contrast to its past successes. But its 84-year-old chairman Kushal Pal Singh is not giving up the fight 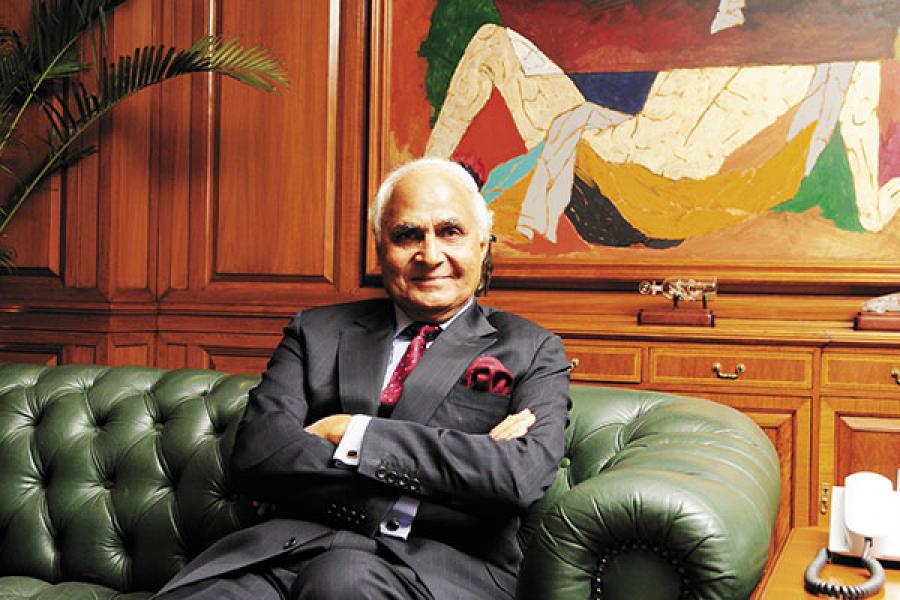 Image: Getty Images
Kushal Pal Singh is confident of a robust revival of the realty sector

It is hard to find a better mascot for the woes of Indian realty than Kushal Pal Singh, 84. For the man who was once synonymous with the real estate business boom, the last five years haven’t been kind.

On the face of it, DLF continues to have a lot going for it. Gurgaon, a city which Singh set up in the National Capital Region in the last two decades, is home to the swankiest office blocks. Multinationals and Indian companies have established their head offices there while IT firms have leased millions of square feet in large office parks owned by the real estate company. Apartment complexes made by DLF dot the suburbia while residents go to clubs owned by it and to shopping plazas also set up by DLF. It’s a brand that clearly commands premium pricing. In India, at least, there is no comparable success story.

But hampered by leverage and an industry in strife, DLF’s decline can no longer be cloaked by its history. The numbers are stark as is the angst of homebuyers who await delivery of apartments which were booked as early as 2009.

Industry watchers, analysts and a former employee who spoke to Forbes India did not agree to come on record for this story. But they all agreed: That though DLF’s slide is the outcome of the woes of the real estate sector, it has also been exacerbated by its own mistakes.

Singh, who built up DLF’s land bank to the largest in the country—the company’s present land bank is slightly in excess of 10,000 acres—was responsible for the rapid success of the company. People in the company looked up to him for guidance, according to someone who has done business with DLF in its pre-IPO days. Decision-making was vested in him, it is said.

By the time DLF listed in 2007, the company was the darling of the markets. It had a stellar 43 percent return on capital employed. Projects were launched and delivered within a year of the promised date of completion—a delay that was seen as acceptable in the industry. In the next six months, to January 2008, its stock more than doubled to Rs 1,200 before falling precipitously during the Lehman crisis.

In effect, there were two events that set the pitch for a rapid rise in Singh’s wealth—and its subsequent struggle. First, in the bull run before the Lehman crisis, the market valued real estate companies on the basis of their land bank. According to a former investor, the market bought the aggressive presentations of developers at face value. “Companies that had not developed a million square feet planned to construct ten million in the next five years,” he says. He admits that these were erroneous assumptions that gullible investors bought into at face value.

The DLF case was no different. It had started to bite off more than it could chew. This meant it was unable to launch and deliver projects on time. What made things worse was that DLF had ventured outside the Gurgaon market post-IPO, and bought land across India. As real estate is a very local business, DLF, along with other developers, failed to make a mark for myriad reasons—approvals took longer than expected, buyers preferred realty companies with a track record in their cities and so on. The result: The company is still working on delivering projects that were to be completed in 2012-13—in Gurgaon and in other markets.

Second, in the race to grow quickly, DLF tacked on a lot of debt. When times were good, the company was selling as much as Rs 5,000 crore of residential real estate every year. Its burgeoning office portfolio meant that DLF had to raise loans for construction finance as lease rentals only kick in once the property is complete.

To add to its troubles, in August 2011, the Competition Commission of India (CCI) fined DLF Rs 630 crore for violating fair trade norms: It said DLF had abused its dominant position in the market. Buyers had booked flats and not paid as DLF had showed no signs of starting construction, according to CCI. The order is being challenged by DLF in the Supreme Court. In the interim, the company has been asked to deposit the amount in court pending the appeal.

(There are also a host of unlisted entities the family controls that work on aggregating land and converting it from agricultural to commercial and residential land. This is where a bulk of the profits is made in the real estate business and there is nothing to suggest that this part of Singh’s business is not doing as well as before.)

It is tough to say if and when DLF’s troubles will end. At the very least, the company needs a revival in the residential real estate market to pull itself out of the rut it has got in. While DLF declined to participate in this story, in his chairman’s letter in the 2015 Annual Report, Singh showed signs of hope. “As far as the real estate and urban housing sector is concerned, great expectations have been aroused of a robust revival…”

In the meantime, DLF has slowly but surely shown that it wants to get out of the hole it has dug itself into. It embarked on a slow process of selling assets to reduce debt. In June, it sold DT Cinemas to PVR Cinemas for Rs 500 crore. In 2014, it sold the Aman group of hotels to Aman Resorts Group Ltd for Rs 2,250 crore. Its office rentals now bring in Rs 2,200 crore in annuity revenue, which is enough to cover interest payments. In September, the company announced that it would jointly develop two projects in central Delhi with GIC, formerly known as the Government of Singapore Investment Corporation. This would allow it to complete the projects without taking on debt.

But here’s the rub: Singh continues to figure well within the top 50 in the billionaires’ list, despite the heavy losses. That only serves to emphasise the heights he, and his company, had once scaled.