There are two kinds of academia: Ashok Jhunjhunwala

The IIT-Madras veteran says that most academia, happy so far to not go beyond lab demos, are slowly warming up to industry tie-ups 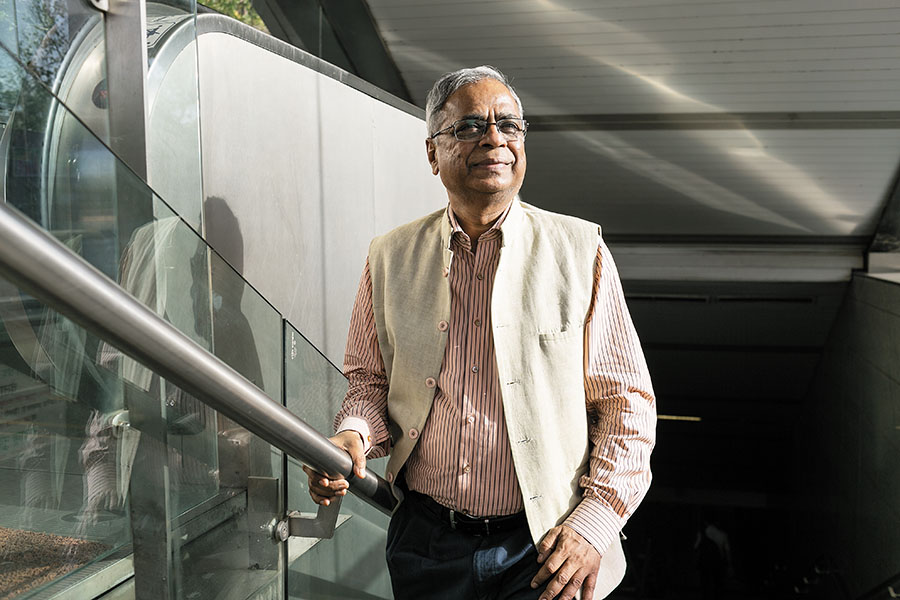 Ashok Jhunjhunwala, principal advisor, minister of railways, is a professor at the department of electrical engineering, IIT-Madras, and is currently on a sabbatical from his academic work
Image: Madhu Kapparath


Ashok Jhunjhunwala, a 35-year veteran at the electrical engineering department of the Indian Institute of Technology-Madras, has been at the forefront of fostering a culture of innovation at the institute. A harbinger of large scale industry-academia partnership, Jhunjhunwala, 64, a Padma Shri awardee, has led and encouraged initiatives such as the Telecommunications and Computer Networks group, the IIT-Madras Incubation Cell and the IIT-Madras Research Park. In an interview to Forbes India, he talks about the benefits of industry-academia collaboration, innovation and the evolution of deep tech startups in India. Edited excerpts:

Q. What was the thought behind setting up the IIT-Madras Research Park in 2010?
We wanted to see how the academia works with the industry and create products that can make a difference to India. If we put three sets of people together—high quality faculty with a tremendous width of knowledge, industry that knows how to convert an innovation into a commercial product and youngsters—they can come up with innovative solutions to all kinds of problems.

Q. India hasn’t fared well on innovation indices of late. What is going wrong?
Many of the startups and industry-academia partnerships are less than 10 years old. They are starting to scale up now and their impact will be seen in five to 10 years from today. The indices won’t reflect the changes until such endeavours are 100 percent commercially milked and that takes time.

There are two kinds of startups in India: The ones in service sectors, like payments or retail, that have done very well; then, there are deep science startups, which have problems because not enough attention is given to them. There are several such startups doing extremely innovative work, but I am disappointed that they are not getting enough support.

Q. Is the academia keen to commercialise their innovations?
There are two kinds of academia. One is ready to go all the way and make commercial products out of their innovations, so that the innovation will reach people. Second are the people who are keen on setting up a lab demo, show the world their great work but don’t want to go beyond that.

Most academia fall in the second bracket. It is only recently that they are showing interest in starting up, commercialisation of the products, or industry tie-ups. Most academia are still not used to it. They may complain that the government is not helping, but that doesn’t matter. One has to win despite such challenges. One has to take those factors into account and win, even if it takes an extra year.

Even at IIT-Madras, hardly 10 percent of the faculty used to work with the industry seven or eight years ago. Today it is about 50 percent. Earlier, they were happy publishing their work. But once the Research Park happened and they saw the industry coming in and some of their colleagues benefiting from it, they were inspired.

The other thing is, at the Research Park, we have a grade system; companies have to maintain credit points proportional to the space taken up. We make it a part of the rental contract, which ensures the purpose of the facility is met. In some cases, the firms have linked a part of the variable pay for their key executives to their engagement with the Research Park. Those are the things you need to do in the beginning when people do not believe in possibilities of the initiative.

Q. How have investor sentiments changed towards deep tech startups?
I would agree that there weren’t enough backers about three years ago. Today, people are willing to fund such companies. There are a large number of angel funds that have come up and add value beyond money. In one of the startups I was associated with, there were about 24 individuals who had put close to ₹10 lakh each, and the founder said, if he could communicate to those investors what he was doing, they could help in other ways. Maybe not all 24 would help, but at least 10 could. Today, he is getting business deals through those connects and the company is growing.

As for venture capital firms, there are enough of them who would evaluate such startups, provided they do well. If you have taken say ₹4-5 crore from angels, you have to show some results. The ₹25 crore from institutional funds will come when you have satisfied customers, shown steady revenue and good margins. Of course, some startups will do well and some won’t. For them, the most important thing is mentoring. If they don’t find the right mentors, they land in trouble.

Q. What has hindered social startups and prevented their innovations from taking wings?
I feel there is still some weakness there. There are very good ideas, but very often, social innovations turn away from the fact that they have to earn money. If the focus is only on doing good to people and recover costs, you will never win. Social innovation and entrepreneurship have been misinterpreted by many people who think that they don’t have to pursue money. That is where things go wrong. Such businesses may complain that there aren’t enough investors, but people mostly don’t invest because they don’t make money. Mixing up these two things is not fair. You may do social good, but you need to make money to scale.