Sometimes. But it turns out that lenders are bad at figuring out which businesses will benefit 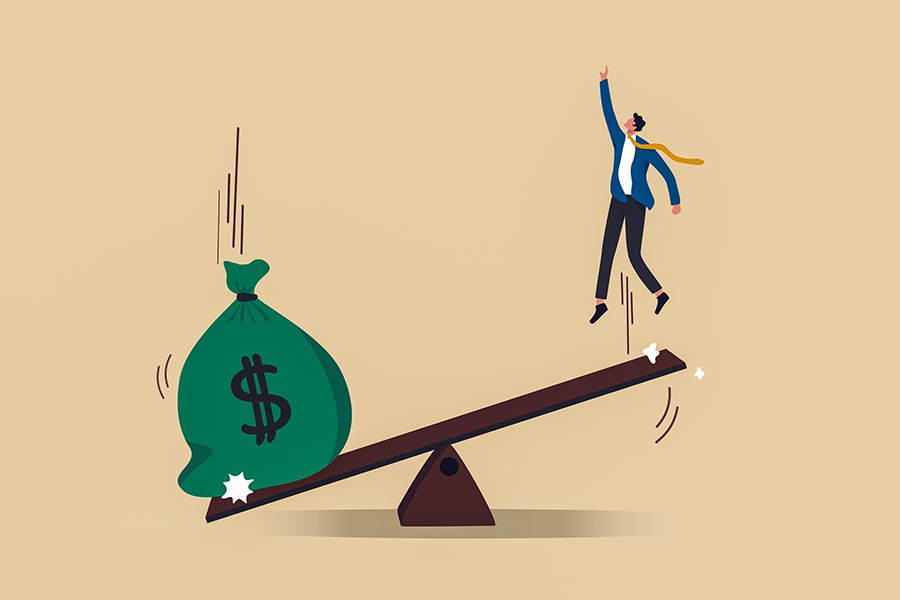 Do big loans help small firms grow? And can lenders predict whether a specific firm will use a larger loan effectively? Image: Shutterstock

Small businesses often seek out loans to invest in, say, staffing, real estate, or research. Would some of those businesses benefit from access to additional capital in the form of larger loans? And, if so, can banks predict which businesses would put that extra capital to good use?These are important questions for both the businesses and the larger economy, which relies heavily on small businesses as an engine for growth. So Dean Karlan, Kellogg professor of economics and finance, and research collaborators Gharad Bryan of the London School of Economics and Adam Osman of the University of Illinois, set out to look for answers.

“It’s important to understand the impact of large loans, because it’s safe to say lack of credit for deserving businesses can lead to lower economic growth at regional, national, and global levels, as businesses don’t achieve their true potential,” Osman explains.

Karlan points to the importance of understanding this issue when it comes to microcredit lenders. For decades, these organizations have made inroads on providing credit to low-income households. “But no serious evidence has supported the argument that microcredit leads to microenterprises systematically becoming small and medium companies,” he says. “Figuring out whether some business could be gazelles with an infusion of capital, and if so which ones, has been a holy grail of the microcredit space for decades.”

To gain that understanding, Bryan, Karlan, and Osman teamed up with Alexandria Business Association, one of the Middle East’s largest microfinance institutions. The researchers crafted a study that uses a randomized experiment and machine learning to examine two big questions: Do big loans help small firms grow? And can lenders predict whether a specific firm will use a larger loan effectively?

The results showed that bigger loans had minimal impact on profits on average. But importantly, results varied widely across borrowers: top performers increased profits significantly, while poor performers saw drops, suggesting that lenders would be wise to strategically choose to which businesses to lend greater amounts.

However, there’s an important wrinkle: lenders don’t do a great job as is of predicting who will use larger loans most effectively. The research found that lenders’ perceptions that “go-getter-type” entrepreneurs would perform better were incorrect. In fact, the results were the opposite: these borrowers generally fared poorly with large loans, suggesting lenders were often betting on the wrong businesses.

The researchers worked with ABA to select a sample of about 1,000 current borrowers. These small businesses were split into two random groups, one of which would be offered slightly larger and the other much larger loans than they had received in the past.

The researchers looked at multiple factors that might predict whether the larger loans would have a positive impact. These included the business owner’s level of education and experience, along with the business’s past profitability.They also looked at what Osman calls “soft data,” which compromises information from loan officers such as the numerical rating they assigned to borrowers based on the officers’ perceptions of each borrower’s ability to use the loan effectively to increase revenue and pay it back. The borrowers themselves also filled out surveys with questions such as how much they agreed with statements like “I am good at making last-minute plans” and “I have a strong desire to be successful,” which align with personality traits like conscientiousness and entrepreneurship.

Given the volume of data the study generated, the researchers utilized machine-learning methods to help them with their analysis.

Two years after the loans were made, the researchers examined how the businesses were doing. They divided borrowers who received the much larger loans into four quartiles based on predicted changes in profit, with the top quarter of borrowers considered top performers and the bottom quartile low performers. Each group’s profit results were then compared with those of the borrowers who had received only slightly larger loans than average (the control group).

A matter of heterogeneity

On average, the larger loans had effectively zero effect. But that’s far from the full story—underlying that result is large heterogeneity. “There is a group of people who benefit tremendously from these big loans and a group of people who actually get hurt by them,” Osman explains. “That’s a big takeaway.”

In fact, if the lender had been able to target only likely top performers in the first place, average profits of all borrowers receiving larger loans would have been 46 percent larger than those of the control group.

The question, then, is what differentiates these borrowers? Can banks distinguish top performers from low performers? Here, the borrowers’ mindsets proved highly predictive, much more so than their education and experience levels, or loan officers’ predictions.

Counterintuitively, borrowers who fit the profile of a “go-getter”—agreeing strongly with the statements “Failure is not an option” and “I tend to act first and worry about consequences later,” for example—do worse with big loans. “At first we thought we’d made an error in our analysis,” Osman says. “So we quadruple-checked everything.”

The researchers hypothesize that the more reserved borrowers are more realistic. “They realize failure is a possibility and might be a bit risk-averse, unlike the overconfident types,” Osman says.

Compounding the issue is that the loan officers tend to put more faith in the go-getters, predicting they’ll do better with big loans than their more risk-averse peers. “So the loan officers make wrong decisions and the money goes to people less likely to use it well!” Osman says. “That misallocation can have overall effects leading to underperformance of a country’s broader economy.”

The challenge of improving loan allocation

So what can improve this system, ensuring that bigger loans get to the correct small businesses?

Osman says it’s not as simple as telling banks not to lend large sums to seeming go-getters. “The problem is that it’s easy to fake the right answers if you know what banks are looking for,” he says. “So we think it’s about understanding how to ask borrowers in a way that they will answer truthfully even if they know it will affect the loan. More research can help.”

The researchers hope this research can start a more serious policy effort to improve targeting of loans to microenterprises. “We hope this study can help carve a path forward for other lenders and researchers to follow,” Karlan says, “to learn the extent to which these results replicate, and how better to improve them.”