Despite the recent turmoil, capital is absolutely pouring into the world’s emerging markets from pensions, endowments, actively managed mutual and hedge funds, and even passive index funds and ETFs. These growth markets represent about 15 to 20 percent of the world’s market capitalization and 25 percent of its output.

Though emerging markets present tremendous opportunities for both diversification and catching a ride on the world’s long-run growth engine, they still present significant risks. The transition to a more global orientation in asset allocation is good business, but it’s important to be cognizant of the very different risks these markets present, such as: political risk, corporate governance, local law and order conditions, exchange rate, and liquidity risk. Of these, liquidity risk is a surprisingly important indicator of future performance, particularly for active traders. 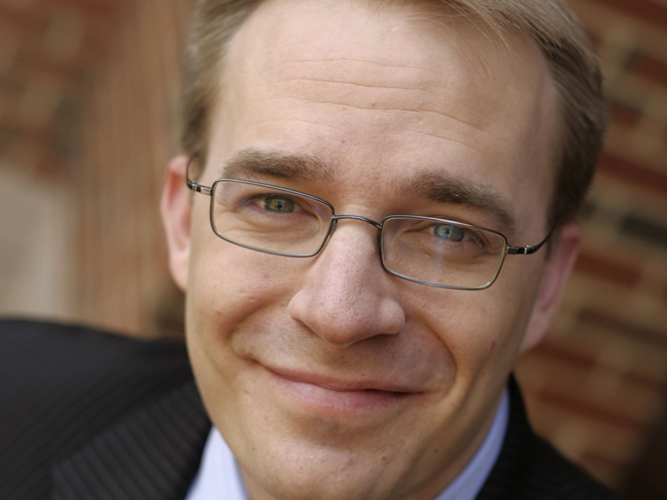 The Liquidity Black Hole
By creating significant trading frictions, large transaction costs or thin markets can engender market inactivity which will result in an observed zero daily return. (Over the day, the stock price simply doesn’t change, usually meaning the asset doesn’t trade at all.)
An extreme form of this is a “liquidity black hole” in which the market for a particular asset effectively ceases to exist for a while; the extent to which this is arises across a large collection of assets in a particular country says something about the general trading environment an investor in that country faces. Asset markets that dry up or become hard to trade precisely when prices are falling – and right when you might want to exit—present challenging risks to global investors.
In the United States., for example, large public companies trade throughout the day, every day. Generally, zero returns are seen only among the smallest (micro-cap) firms or during crashes (most recently in 1987).
In emerging markets, however, black holes aren’t so infrequent. For instance, the average Columbian firm over the last 10-plus years doesn’t trade more than half the time on any given day, and may not trade for long stretches at a time. Colombia has a 52 percent incidence of zero daily returns across domestically listed firms. Taiwan has the smallest incidence, at 6.6 percent, on average.
However, the incidence of zero returns have fallen in recent years, coinciding, as expected, with a period of lower trading costs. But they tend to jump up after major crises when emerging equity markets simply shut down.
A Close Analysis of the Data
Looking at this trading data, we determined that periods of trading inactivity are an indirect measure of high costs. If an investor has value-relevant information but the costs of trading on that information are simply too big to justify the trade, s/he will elect not to trade.
To understand the impact on liquidity, we reviewed a transformation of the proportion of these zero daily firm returns, averaged over the month. We also looked at the manner in which prices and trading patterns jointly evolve through time. This also allows for an exploration of the degree to which the unexpected changes in prices are affected by unexpected changes in the trading environment – or what we would call a risk exposure.
The measure is positively correlated with bid–ask spreads (where available) and negatively correlated with equity market turnover.
The result: We learned that liquidity significantly predicts future returns, whereas alternative measures such as turnover do not. We also found that those markets showing a greater link as we measure it between liquidity changes and prices carry a larger pricing discount on average to compensate investors for holding assets that carry this liquidity risk exposure.
A New Order for Asset Pricing
We were surprised to find that this liquidity risk compensation would be first order in these markets. While there is no significant difference between high- and low-transaction cost countries in terms of transaction cost parameters, market (liquidity) risk is significantly more (less) priced in low-transaction cost countries.
Traditional asset pricing models imply a primary role for market risk, but evidence is mounting that the group of firms most heavily exposed to liquidity events actually trades at a discount, in effect compensating investors for the liquidity risk.
This holds true for markets like the U.S. and the U.K where liquidity risk is very low, as well as for emerging ones like Brazil, China and India, where the risk is significantly higher. Investments in emerging markets generally trade at a discount, roughly averaging 70 percent of developed economies. Alongside standard notions of political unrest, corporate governance, and volatility, market liquidity risk plays a major role. That translates into greater compensation for exposure to shocks to the trading environment than you can get for exposure to traditional market risk.
A Few Tips for Global Investors
These findings show a significant advantage to liquidity/trading costs management for investors trading in these markets. A non-trivial part of the large historical average returns everyone points to when discussing emerging markets is attributable to liquidity risk compensation.
That’s not something most investors want to pay a manager for. So when evaluating a manager or a performance record, some of what looks like over-performance in these markets may instead be a completely reasonable compensation for liquidity risk.
Similarly, it’s critical for those investing in these markets to understand the difference between paper and real gains. In the face of very large transaction costs, the wedge between the two can be very significant. This may not be obvious in, say, mutual fund reports or performance metrics.
Last—and perhaps most nefariously—despite the fact that things have been improving in these markets, they are still very prone to liquidity black holes. The recent strides forward these countries have taken have not made them immune to these events. There’s danger in forgetting this, yet we consistently do just that under the general rubric “it’s different this time.” Our research shows it’s not.
While the combination of a discounted value and high growth potential make these markets worth considering, it’s important to go in with your eyes open to all the risks – including liquidity. That’s the deal with emerging markets. They present a great opportunity for investors who are prepared – and a huge challenge for those who aren’t.
(Christian Lundblad is an Edward M. O'Herron Distinguished Scholar and an associate professor of finance at the University of North Carolina at Chapel Hill’s Kenan-Flagler Business School)