A latest study of the world's most polluted cities finds seven of the top 10, and 22 of the top 30, are in India 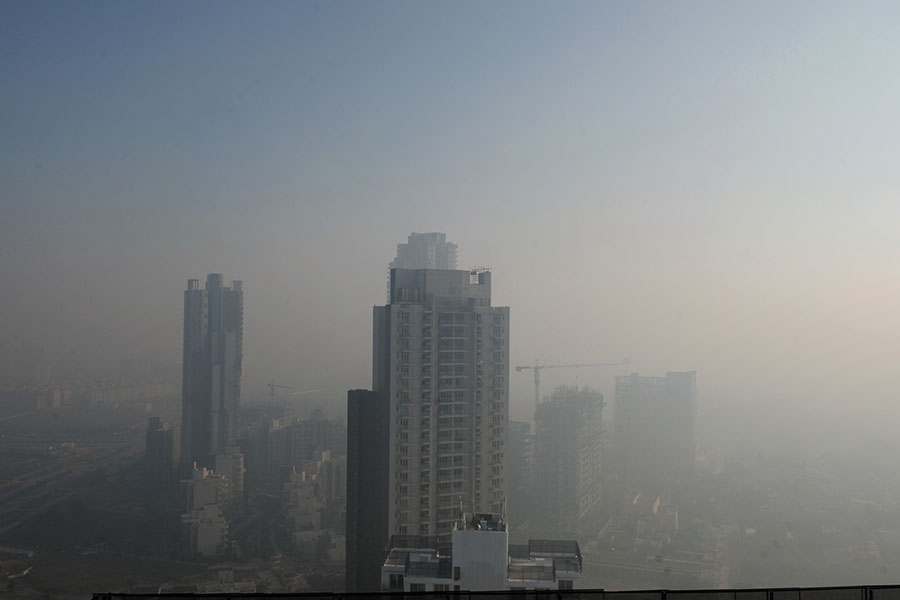 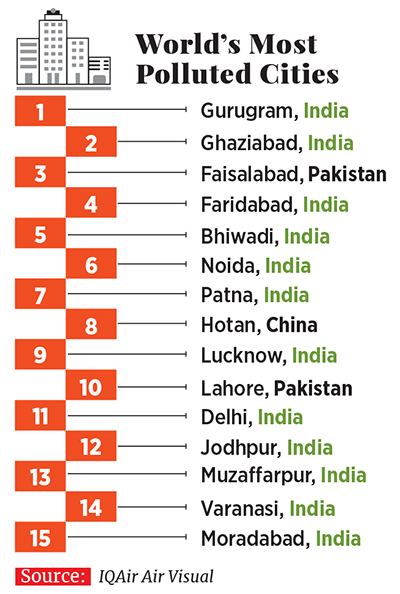 Seven of the 10 most pollutedcities in the world with unhealthy air quality levels are in India. These are Gurugram, Ghaziabad, Faridabad, Bhiwadi, Noida, Patna and Lucknow. Delhi is at number 11 followed by five other Indian cities from ranks 11 to 16, according to data compiled by IQAir Air Visual, in collaboration with Greenpeace Southeast Asia, in the first week of March.

The data is worrying, but why is India still working on half-hearted measures to tackle the crisis? “The basic reason is that we don’t die the moment we breathe polluted air—as a result, the public has not realised the impact of the slow poison, and not risen for our ‘right to breathe’,” says Sunil Dahiya, clean air campaigner, Greenpeace. “Politicians lack the will to prioritise pollution because they think the public doesn’t care much.” 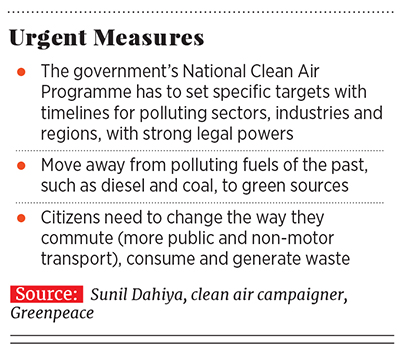 There have been attempts at addressing the issue, by both the courts and the local government, but they have not seen much on-ground impact. “They have only been partially implemented and achievements are hardly significant,” says Rumi Aijaz, senior fellow, Observer Research Foundation. “In the NCR, government agencies are relying heavily on the Graded Response Action Plan (GRAP) whenever air quality deteriorates. Yet, some of the measures recommended in GRAP are difficult to apply.”

Most analysts say pollution may worsen in coming years. Pujarini Sen of Greenpeace India says: “We have enough research suggesting the way towards a breathable India, but is there enough political will to fight the health emergency India faces today?”

Tweets by @forbesindia
The paradox that is Indian aviation
If Wimbledon doesn't motivate you, you can go and watch movies: Vijay Amritraj