The collective wealth of Indian billionaires fell by 22.8 percent compared to last year; the pandemic will hurt company valuations in the coming quarters as well 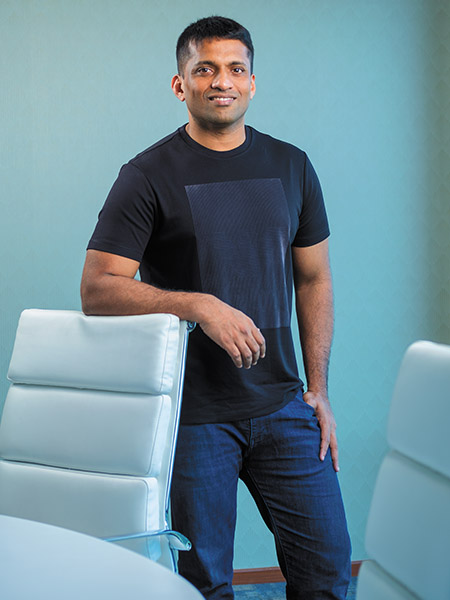 
Businesses of India’s richest continued to slow down—and resultantly their net worth eroded—in an economy which is growing at its slowest in 11 years, hurt by poor consumption demand. The collective wealth of India’s billionaires, according to the Forbes World Billionaires 2020 List, contracted 22.8 percent to $312.6 billion from $405.3 billion a year earlier. Forbes calculated net worth based on stock prices and exchange rates as on March 18.

Reliance Industries’ (RIL) owner Mukesh Ambani continued to hold his position as India’s richest, but saw his wealth fall by over 25 percent to $36.8 billion, from $50 billion last year due to stock market collapses and global oil fluctuations. (RIL is the owner of Network 18, publisher of Forbes India). However, Ambani has since stormed back into the top 10 of the Forbes real-time Billionaires Index (as of June 26), on the back of 11 large investments into its telecom subsidiary Jio Platforms, which has led to a surge in the RIL stock price and helped make it debt-free.

At least 15 billionaires from the list have seen a growth in net worth from last year. Radhakishan Damani jumped to become the second richest Indian billionaire from seventh in 2019 (net worth up by 24 percent to $13.8 billion), through his Avenue Supermarts which owns and operates the DMart chain of hypermarkets.

Other gainers include Sunil Mittal, whose net worth rose by 35 percent to $8.8 billion in the list, as its telecom service Bharti Airtel has emerged a force to reckon with. Industrialist Gautam Adani, who leads the diversified Adani Group, food and beverages tycoon Ravi Jaipuria and Shree Cement founder Benu Gopal Bangur also gained in net worth from the previous year.

Once math tutor and now entrepreneur Byju Raveendran (in picture) debuts on the list (53rd richest Indian and ranked 1,196) on the back of sharp growth of his edtech unicorn Byju’s. According to the list, the company is valued at $8 billion and Raveendran, India’s youngest billionaire at 38, at $1.8 billion. (In June-end, Byju’s raised about $100 million from Silicon Valley investor Bond Capital, sending its valuation soaring at around $10.5 billion.)

The net worth of Wipro chairman Azim Premji, India’s second richest billionaire as per the 2019 list, has fallen 73 percent to $6.1 billion and rank to tenth, as he has been giving away most of his wealth to his charity foundation.

The number of India’s dollar billionaires in the list fell by four to 102, which included Ambani’s younger brother Anil (75th Indian and 1,349 on the 2019 list). Anil Ambani has seen his businesses crumble, with RCom filing for bankruptcy last year. Media tycoon Subhash Chandra (51st Indian and 916 in 2019) has also fallen off due to debts.

For some, stock market fortunes and business cycles continue to be harsh. Former Yes Bank shareholders Rana Kapoor and Madhu Kapur; Tarang Jain, owner of auto-part maker Varroc, and Max Group’s chairman Analjit Singh, who had dropped out in 2019, have not climbed back onto the list. The current fiscal is bound to throw up more unpleasant news. The impact of Covid-19 has only worsened since the list was published and it will hurt valuations of companies more in the coming quarters.