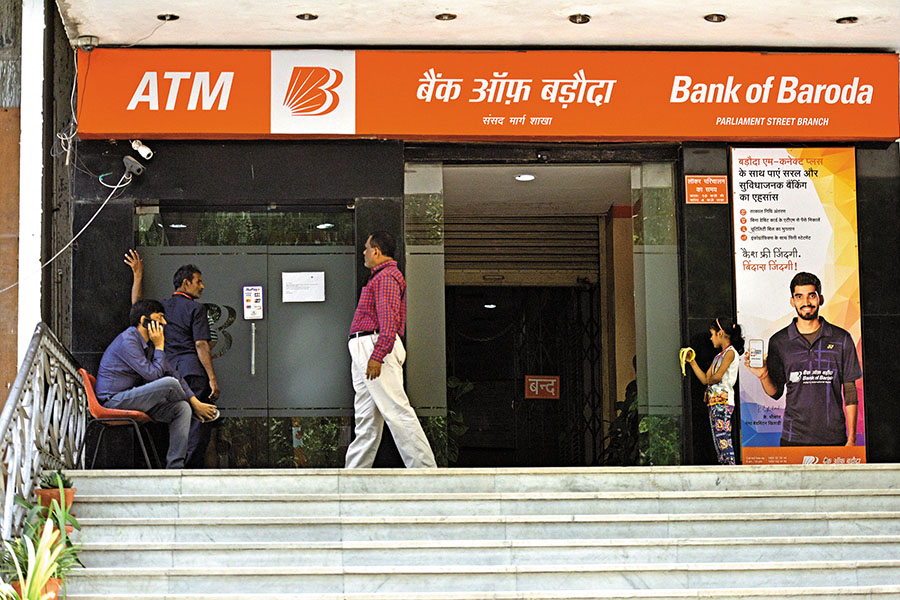 Image: Anushree Fadnavis/ Hindustan Times Via Getty Images
In what is seen as a broader move to consolidate the banking system and reduce pressure on the national exchequer, the government has proposed the amalgamation of three state-owned banks —Bank of Baroda (BoB), Dena Bank and Vijaya Bank. Should it become a reality, it would create India’s third largest bank (by size of book of ₹14.82 lakh crore), after the State Bank of India (SBI) and HDFC Bank.

However, the history of recent mergers does not make for good reading. Experts Forbes India spoke to are sceptical about how the amalgamation will play out. Merging weaker companies—in this case Dena Bank—with stronger ones is an ill-advised move. SBI, which merged five of its associates and Bharatiya Mahila Bank with itself last year, has been struggling with losses for three consecutive quarters (Q1FY19 loss was ₹4,875 crore) due to higher provisioning and a rise in operating expenses.

“The government’s proposed merger move may sound positive on the claim of achieving size and economies of scale. But in reality it might be negative for BoB and Vijaya Bank shareholders due to weak asset quality and staff-related concerns,” says Hemindra Hazari, an independent banking analyst.

Another issue which the BoB management could face is that the focus will shift from tackling non-performing assets (NPA) to integration of the banks. “It has just been three years since PS Jayakumar—the only private sector banker roped in to manage PSU banks after the announcement of another mega reform scheme Indradhanush—began changing the face of BoB. Burdening him with tackling problem banks, especially Dena Bank, can shift management focus away from BoB’s complete resurrection,” says Dhananjay Sinha, head of research, economist and strategist at Emkay Global Financial Services.

BoB has a net NPA level of 5.4 percent in Q1FY19, Dena Bank 11.04 percent and Vijaya Bank 4.1 percent. The amalgamated entity will have a combined net NPA of 5.7 percent.