The art of giving: Individual philanthropy is gaining prominence globally 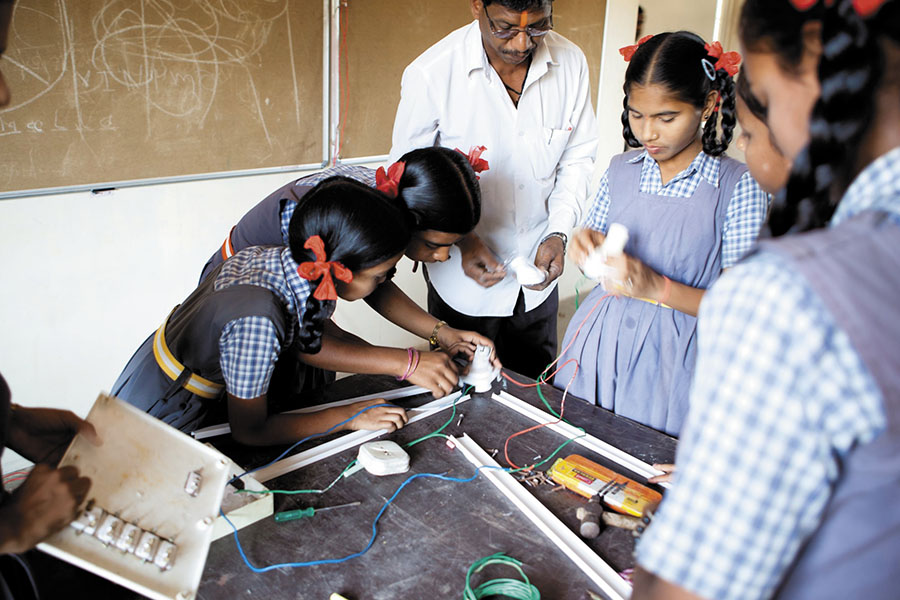 32% is the percentage of private donations out of total contributions to the development sector in 2016, according to Bain’s India Philanthropy Report 2017

The seventh annual edition of the India Philanthropy Report brought out by Bain & Company in collaboration with NGO Dasra highlights a trend fast gaining prominence in the world of giving—individual philanthropy. It has grown faster over the past five years and is finding greater prominence than corporate giving.

According to the report, in 2016, companies accounted for about 15 percent of the total share of private philanthropy, down from 30 percent in 2011. On the other hand, private donations made up 32 percent of total contributions to the development sector in 2016—up from a mere 15 percent in 2011. The report also predicts that individual giving will continue to grow over the next decade. 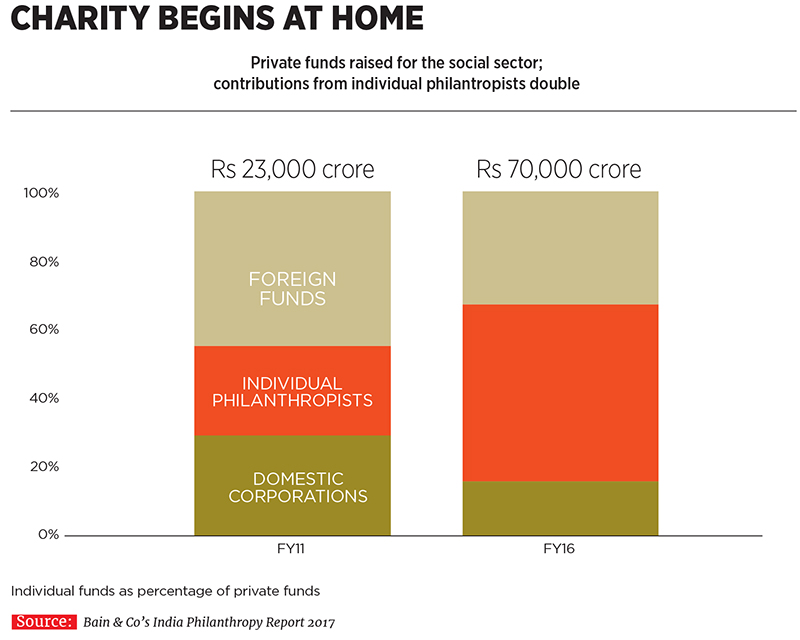 “ I started giving to wildlife funds because it excited me—there was not much thought. I feel very differently about wildlife now. I am an organisation builder, and started bringing that skill to my philanthropy.

Creating Role Models, Making An Impact
The report goes beyond analysing how much philanthropists are giving and also focuses on the evolving approaches that givers are adopting to maximise their philanthropic impact. “Indians are giving more now and it is starting to translate into an impact on the ground,” says Deval Sanghavi, co-founder of Dasra. A key issue, he adds, is to be able to hold business leaders and givers to the same “bar” that they have been held to in the corporate world. This means trying to analyse: Are India’s richest creating an impact where it is required or are they just feeling good about themselves by giving?

Sanghavi says Dasra has started creating training modules for billionaires to help them understand their goals related to giving and what they seek to achieve. “This would also help create role models in the field. Like in the West, the rich need to have a clear perspective of how much they have and how much they can give away.” NGOs, he assessed, will also need to aspire to scale up further, in size and scope.

Individual giving, Sanghavi says, will also continue to have a greater role to play than corporate giving, going by the premise that personalities such as Azim Premji or Hemendra Kothari, for example, would be better placed to give away more than Wipro or DSP BlackRock, respectively. 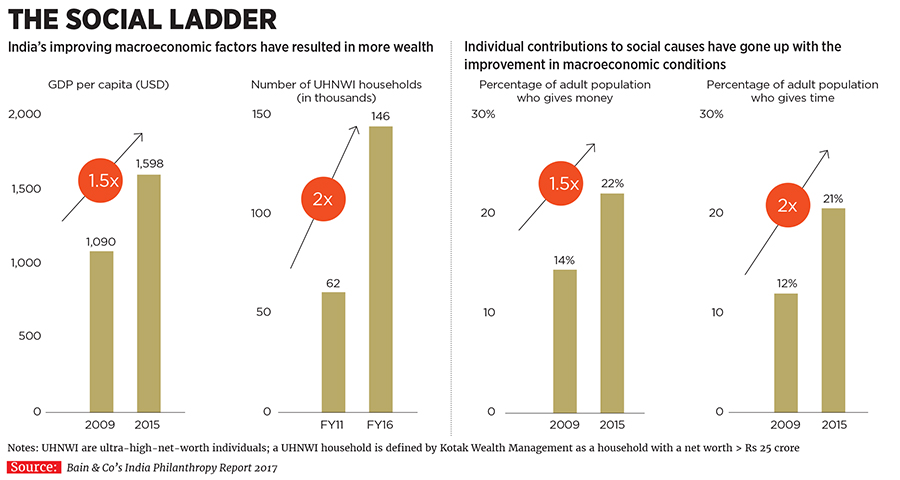 Every Act Of Private Giving Counts
Arpan Sheth, partner, Bain & Co, who has worked on all seven editions of Bain’s India  Philanthropy Report, says that the cases of individual philanthropy are starting to “stand out as a beacon” in the industry and every act of private giving counts. Sheth is hesitant to forecast what future trends will be like but says individual philanthropy will continue to grow over the next decade. 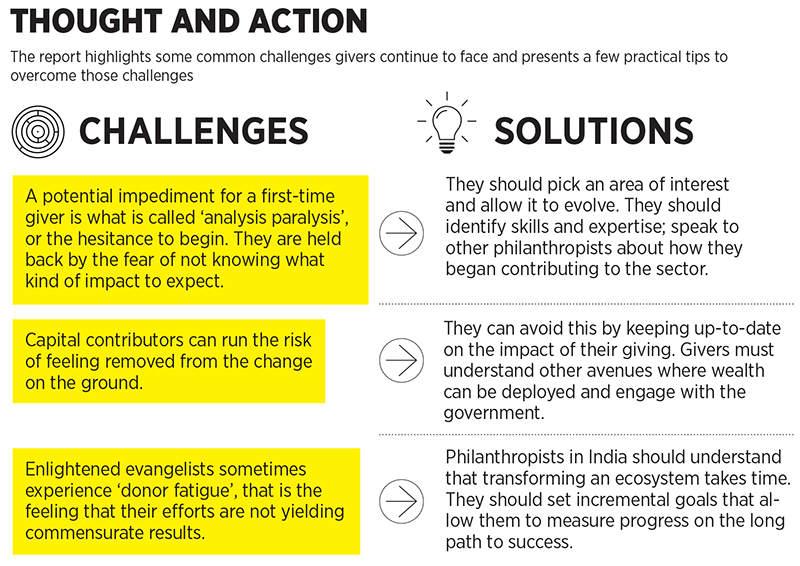 India still has a long way to go on several fronts despite progressive government schemes such as Beti Bachao Beti Padhao, Jan Dhan Yojana and Swachh Bharat. The country ranked 130 on the Human Development Index in 2014 and 110 on the Sustainable Development Goals (SDGs) Index in 2016, Sheth says in the report. Conservative estimates indicate that India will face a financial shortfall of approximately Rs 533 lakh crore if it is to achieve the SDGs by 2030. It needs significant additional funds, along with systemic changes at the policy and service-delivery levels, to achieve these goals. “Although the government remains the largest enabler of change, the role of private philanthropy is critical,” Sheth says.

“ Initially, my giving was mainly from the heart, but increasingly now, the mind is leading. We started giving in a way so that organisations work to become sustainable. We also began thinking about collaboration—one of the most vital ingredients for long-term impact.