Vijay Subramaniam, co-founder and Group CEO of Collective Artists Network, erstwhile Kwan Talent Management, believes a fresh set of people and outlook, and disruption of technology is changing the definition of talent management 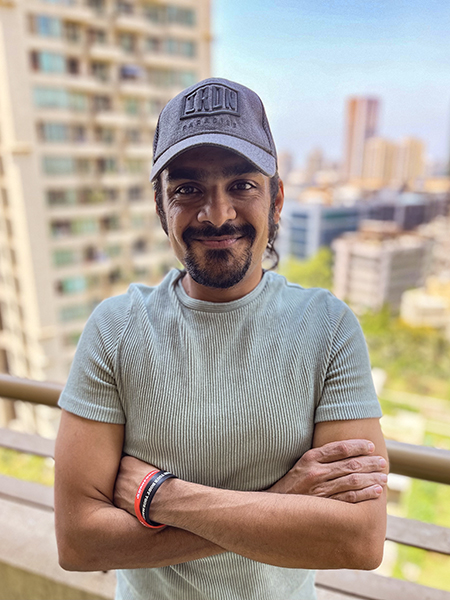 Kwan, the largest talent agency in India, is now rebranded as the Collective Artists Network. Its roster of celebrities includes actors Deepika Padukone, Tiger Shroff, Sara Ali Khan and cricketer Ravichandran Ashwin. For more than a decade, Kwan has shaped how business is conducted in India's entertainment space, where its celebrities went from endorsing a brand to becoming one. The agency has also launched a pop label called Big Bang Music in collaboration with Sony Music. With the help of its new social influencer platform—Big Bang Social —it is finding the next big thing to take India's digital influencers industry, which is valued at $150 million, as per the Advertising Standards Council of India. The Collective has a checkered past. One of its founders, Anirban Blah, was accused of sexual harassment during the #MeToo movement in 2018, after which he was made to step down from the organisation. Then, in 2020, Kwan also found itself in the eye of the storm caused by the untimely death of actor Sushant Singh Rajput, who was represented by the agency. Vijay Subramaniam, co-founder and group CEO of the Collective Artists Network, says an overhaul was a long time coming. Edited excerpts: What prompted this overhaul? The idea crept in a couple of years ago. We were always of the opinion that what got us here won't take us to where we want to go. One key decision was to bring in new energy. We've also on-boarded seven new partners as equity shareholders into the company. We restructured the management, keeping talent management at its core, and realigned the future business line. Kwan is not an isolated example. A lot of people, when they're looking at the next chapter of their lives, infuse fresh energy—either a logo change, or a name change, or a brand change. It is important to have a new narrative stitched in. What do the three pillars—content packaging, influential commerce, and digital media—mean to the organisation? One of the key reasons we've been successful in the motion picture business and the talent management business is because we've not had a singular view of just representing actors for unidimensional endorsements, appearances and shows. If you want to have influence, you need to control the mothership. We have probably the country's largest literary business, which is the films business that represents directors, writers, DoPs and so on. We were in a strong position to package the films internally.

Tweets by @forbesindia
Executive bonuses might work better than you think
Bitcoin and Encryption: A race between criminals and the FBI