How bananas are in danger from their own pandemic

Known for decades, Panama disease has reappeared in a more severe form that is seriously endangering the production of the yellow fruit. Solutions do exist, but these can pose ethical questions or timescale issues when it comes to their implementation 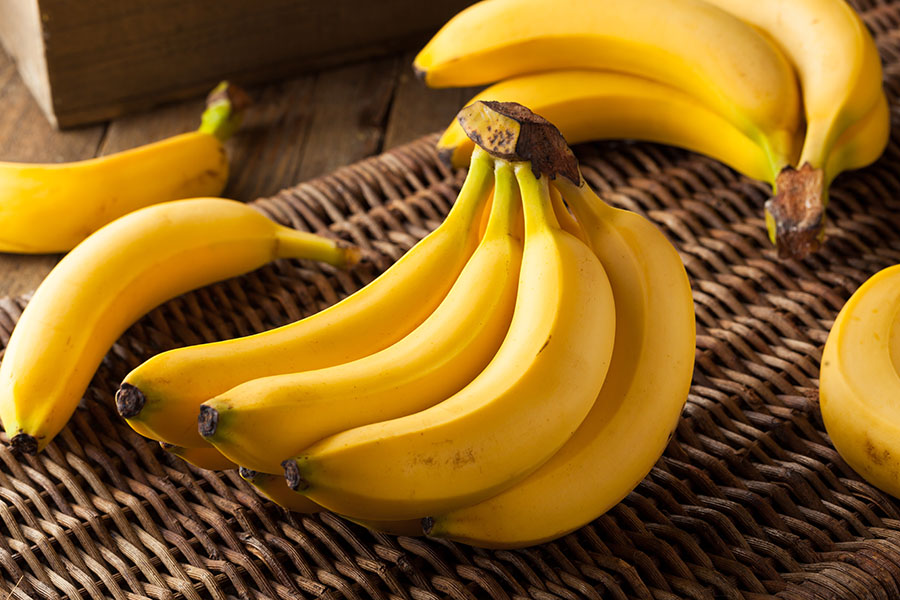 The Cavendish is the world's most common banana variety. Image: Shutterstock

Worse than a shortage, there are fears that the banana—one of the world's most popular fruits—could be all but wiped out. Known for decades, Panama disease has reappeared in a more severe form that is seriously endangering production of the yellow fruit. Solutions do exist, but these can pose ethical questions or timescale issues when it comes to their implementation.

On the Caribbean island of Martinique, the authorities are investigating the fraudulent use of a plant growth regulator to give a more yellow tint to bananas that are still green. Indeed, ethephon is authorized for pineapples, but not for bananas. While this case raises questions of transparency towards consumers, it also signals the need for greater vigilance in protecting the banana to ensure the world can keep eating this fruit long term. In fact, scientists are working hard to find a solution to safeguard the most common variety of banana, the Cavendish, which accounts for 97% of world trade. That's because this go-to healthy snack is under threat from the resurgence of a long-known disease that attacks banana trees and can cause them to die.

What is Panama disease?

Panama disease is not new. This disease takes the form of a fungus that not only attacks the roots of banana trees, but which can also reappear many years later if it is still present in the soil. The short-term result is that the bananas themselves turn brown and eventually rot. This infection got its name in the 1950s when the fungus ravaged banana plants in the Panama region. At the time, another variety of the fruit was largely consumed: the Gros Michel. The Cavendish then proved to be more resistant. However, in recent years the disease has reappeared in a much more severe form, wrecking entire banana farms around the world. According to the Nikkei newspaper, banana production in Vietnam has fallen by 71% in 25 years. A similarly drastic loss could be feared in China or the Philippines. In the 1990s, a new strain of Panama disease was detected in Malaysia and across Southeast Asia. The fungus is even able to cross oceans, it seems, as it was also detected in Colombia in 2019, where a state of emergency was declared, and then in Peru last year. The disease is today present in about 20 countries worldwide.

Beyond the issue of food, the situation also threatens economic systems. India is the leading producer of bananas, with 30.5 million tonnes produced in 2019, ahead of China and the Philippines. In terms of exports, it is mostly Latin American countries that supply the American and European markets, with Ecuador, Colombia, Guatemala, Honduras, the Dominican Republic and Costa Rica as the main suppliers.

Also read: Apple or ginger, which is the biggest aphrodisiac?

Faced with this emergency, scientists are looking at several solutions to help save the banana. These efforts could give rise to a new variety. In Australia, researchers have modified the genetic makeup of the fruit, giving rise to a GMO, a type of food that regulations in various countries prohibit. It also raises the question of how consumers might feel about peeling a genetically modified banana...

Another approach is to grow banana trees in a substrate made of coco peat and rockwool instead of soil. Otherwise, at Wageningen University in the Netherlands, a scientist named Dr. Kema is working on breeding a new variety of banana. But, while this research offers hope for the future, it also requires patience, since it will take at least six to seven years for the project to bear fruit—literally. If that were to happen, the good news for foodies would be the improved taste of these new bananas, expected to be much more flavorful than the Cavendish, whose bland taste was regretted when it outlasted its elder relation, the Gros Michel.

Tweets by @forbesindia
Startup Fridays S3 Ep5: 'Think big; one launch a day is aspirational but possible' — Pawan K Chandana
Our top reads of the week