From hoodrats to beach Lotharios to rednecks and suburban dads, it's a whole counter-culture that's now giving lessons in style to the elites 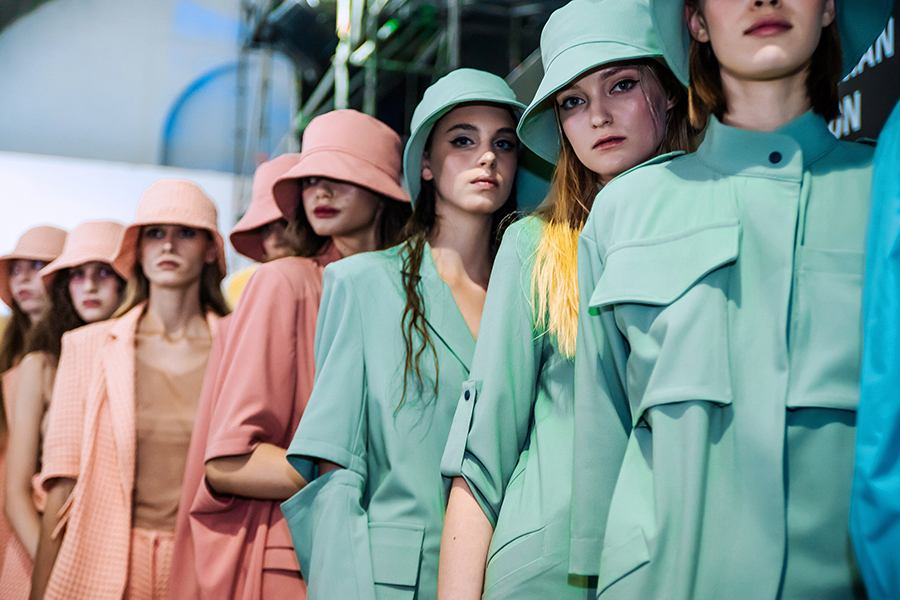 Everything that has long been considered kitsch, tacky, vulgar or old-fashioned has seemingly been transformed into beautiful and desirable by the magic wand of the so-called ruling classes. (Image: Photography eversummerphoto / Shutterstock)

In what seems like a click of the fingers—or, at least, a year of the pandemic—all things ugly have suddenly become even more desirable than the truly beautiful. To put it another way: the clothes, accessories and shoes once popular among those who spurned the world of fashion have now become chic when worn by the great and good of this world, in turn bringing these pieces to new heights of fashion. Anna Wintour, for example, made a major impact when she was photographed wearing jogging pants in her plush library, elevating a piece popularized by athletes and then appropriated by the street, to star fashion status. Sweatpants became 'THE' must-have piece of 2021. Previously associated with a more street thug, lowlife style, sweatpants were now suddenly sporting the logos of the world's biggest luxury fashion houses.

From fashion rejects to catwalk stars

Collaborations pairing luxury with ugly have continued to multiply, propelling pieces that were once frowned upon to ever greater heights. The bucket hat? Has been! Crocs? You couldn't get more uncool! Sleeveless down jackets? Surely a step too far? After so many years of criticism, the codes of the masses—real, nondescript, unfashionable people—have (finally) stepped into the social elevator, taking them straight to the catwalks of Fashion Week. Christopher Kane and Balenciaga are some of the fashion houses that have 'dared' to collaborate with Crocs, making the rubber clog immediately more desirable—as Justin Bieber showed when he had the audacity to wear them with socks. And the clog-sock combo has also shone on the catwalks this year. Maybe those fashion no-hopers were on to something after all...

Everything that has long been considered kitsch, tacky, vulgar or old-fashioned has seemingly been transformed into beautiful and desirable by the magic wand of the so-called ruling classes. "This can be explained by the fact that a certain chic has become extremely mainstream. This is the basis of Pierre Bourdieu's "La Distinction," which explains that the day the masses have access to the codes of the bourgeoisie, the bourgeoisie will reject these codes and will even do the exact opposite," explained Alice Pfeiffer, last May, on the occasion of the release of her book 'Le goût du moche' [A taste for the ugly]. Just like Crocs, the bucket hat has been invited into the collections of luxury fashion houses, along with the sleeveless down jacket, dad shoes, bling jewelry, and other pieces previously attributed to the working classes, to the street.

The phenomenon grew throughout the year to the point that these pieces once considered ugly have slowly but surely become attractive—or at least desirable—in the collective imagination. It's no longer shameful to hanker after the latest Crocs or jelly shoes collection, the latest cycling shorts, or even a bucket hat. Nor is there anything shameful in spending hours outside a Lidl store waiting for the latest sneaker drop, or Christmas sweaters—not to mention in wearing them. Who would have thought it? The low-cost retailer has also become highly desirable and—whether or not it's down to marketing—the idea that Lidl's fashion collections are being snapped up like hotcakes proves that the codes of the street have now risen to the top of the ladder.
The late Virgil Abloh is among those who helped propel these codes of the uncool onto the luxury scene via a host of collaborations, taking in names from Ikea to Nike to Levi's to Champion. Then there's Balenciaga—a fashion house known for its non-conformism— which designed a parka partway between a construction worker's jacket and garbage collectors' garb, as highlighted by many social media comments. And all for the modest sum of €2,990.
It's a far cry from the 'It's yellow, it's ugly, it doesn't go with anything, but it can save your life' 2008 road safety campaign starring Karl Lagerfeld. But times have changed, and the cyclical system of fashion has moved on to something else, giving a new dimension to clothes—less aesthetic, more functional, and above all, more centered on self-expression and self-affirmation.
But more than anything else, it's about people who were once looked down on and sneered at—the uncool, the unfashionables of this world. And they can step out loud and proud in the knowledge that their style is now more on-trend than ever. They can promote and reaffirm their codes—the codes of the street and of popular culture. From hoodrats to beach Lotharios to rednecks and suburban dads, it's a whole counter-culture that's now giving lessons in style to the elites.

Tweets by @forbesindia
Microsoft's Activision deal: Forrester's Mike Proulx and Will McKeon-White tease out the nuances
'It's all just wild': Tech startups reach a new peak of froth