In several cities around the world, neighbourhoods that have benefited from environmental greening are becoming an object of desire among real estate professionals, who raise the price of housing, thus attracting a new, wealthier segment of the population 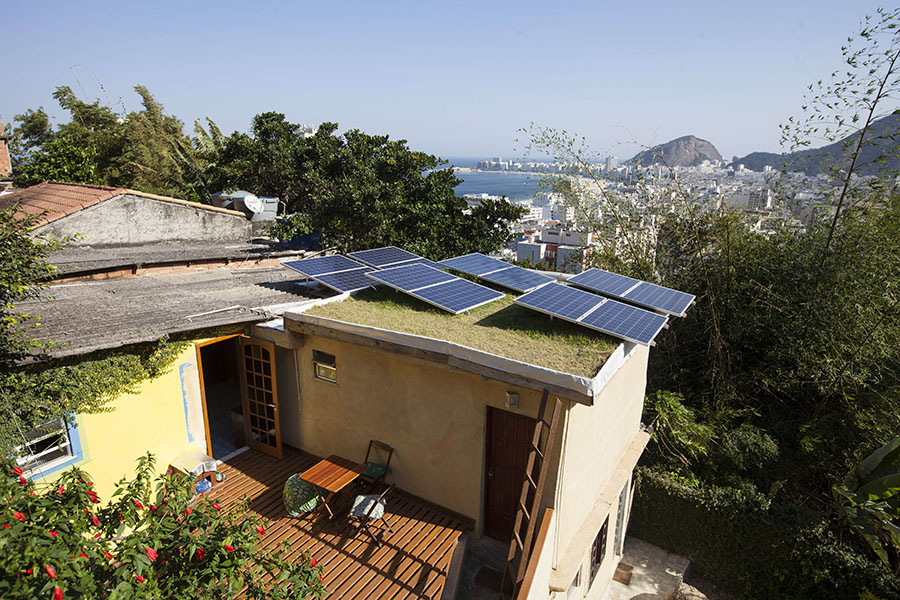 To provide better protection from heatwaves and pollution, several cities around the world have been implementing policies to bring nature back to the urban space Image: Ricardo Funari/Brazil Photos/LightRocket via Getty Images

As neighborhoods become greener, they also become more attractive... and more expensive. In several cities around the world, neighborhoods that have benefited from environmental greening are becoming an object of desire among real estate professionals, who raise the price of housing, thus attracting a new, wealthier segment of the population. This process is called "green gentrification."

To provide better protection from heatwaves and pollution, several cities around the world have been implementing policies to bring nature back to the urban space. This most often consists of planting trees, creating shared gardens for neighbors, encouraging soft mobility, greening facades or investing in buildings powered by renewable energy sources. In recent years, several eco-neighborhoods have sprung up, including the ZAC de Bonne in Grenoble (France), the Vauban district in Freiburg (Germany), Bo01 in Malmö (Sweden) and Lombok in Utrecht (Netherlands).

While these initiatives are, of course, welcomed, they also lead to a significant phenomenon called "green gentrification." Observed in recent years, this sociological phenomenon refers to eco-neighborhoods often built in peri-urban or industrial areas, which attract a new category of the population that is wealthier than the people who lived there prior to regeneration. This contributes to driving up property prices. As such, although such initiatives may be centered around virtuous policies, they can end up contributing to deepening environmental inequalities. And this is all the more damaging since the populations with the lowest incomes are also those who are most exposed to the consequences of the climate crisis, particularly pollution.

A report published by the Zoological Society of London points to these risks, highlighting the existence of a social-ecological problem, posing the challenge of balancing environmental justice with urban greening. In other words, ensuring that urban nature restoration projects do not displace local populations. Among other things, the report recommends consulting and working with social scientists and other experts, as well as local communities, on any project involving environmental greening in the city.

A phenomenon seen in Europe and North America

A separate study, published in July 2022 in the journal Nature, studied the phenomenon of green gentrification. Although there is a lack of perspective on this relatively recent phenomenon, the researchers looked at the issue by analyzing the extent of the problem in 28 cities across nine countries in North America and Europe.

According to their findings, green gentrification is mostly observed in North American cities, but also in European cities such as Copenhagen, Nantes or Barcelona. "These cities have seen rounds of investment-oriented greening and climate-responsive livability initiatives... attract higher-income skilled workers, especially those in recently redeveloped areas. At the same time, those cities have also seen social protection and housing affordability policies—potentially protective tools against gentrification—dismantled to various degrees," the study notes.

Some cities, however, have sought to address the situation, the research says. This is particularly the case in Barcelona, where the launch of the 'Green and Biodiversity Plan' in 2013 led to a certain level of gentrification. However, since 2016, the study reports that the city benefits from the fact that "nascent efforts by more progressive mayors put housing rights for vulnerable groups at the center of urban policies."

Tweets by @forbesindia
More than 200 startups lost their unicorn status in the last six months: report
How to design the future of work and education now