Who has the Ad-vantage? A tale of two celebrity couples

Colgate and Lloyd both bet big numbers on casting celebrity couples together for the first time on television. Which brand pulled off the casting coup better? 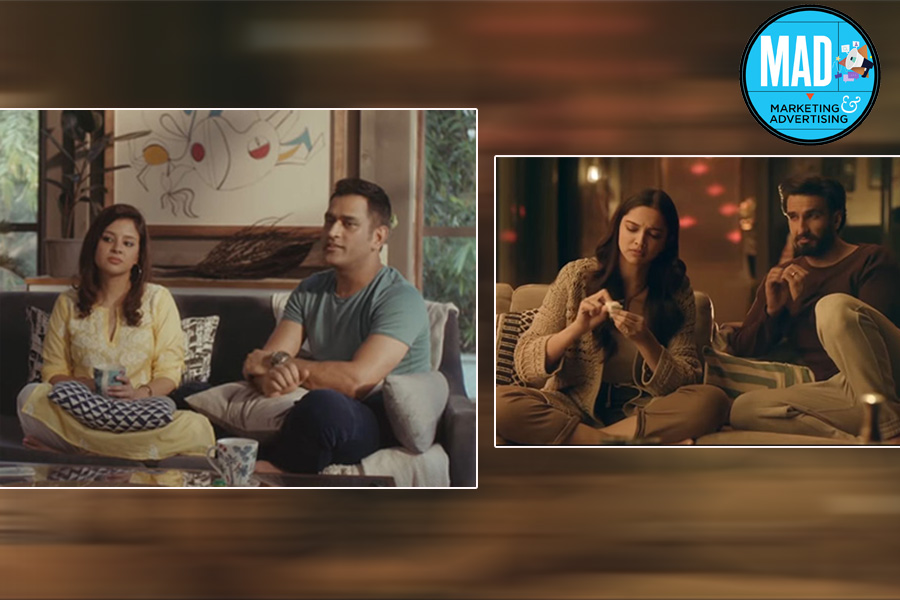 It was towards the end of February. Marketers at Colgate-Palmolive were beaming with excitement, finding it hard to hide their grins. The reason: Mahendra Singh Dhoni, who has been the face of a raft of brands from GoDaddy, Bharat Matrimony and Snickers India to Orient, had, for the first time, agreed to feature on TV along with his wife. It was nothing less than a coup.

“Moreover, it was the perfect brand-celebrity couple fit. The association wasn’t forced,” says Ashita Aggarwal, marketing professor at SP Jain Institute of Management and Research. The couple, she says, smiled on TV, and the brand managed to weave a tale using the theme of 'andar se strong' (inner strength). Dhoni shared a poignant tale of how he couldn’t be with his wife during her delivery because he chose to stay with the cricket team ahead of the World Cup in 2015. “The slice-of-life story depicted his inner strength,” avers Aggarwal. “It was an 'andar se strong’ moment for both the brand and the couple,” she adds.

Cut to April. Lloyd, a consumer electronics brand owned by Havells, also managed to stun the marketing world. The brand, endorsed by Amitabh Bachchan for a long time, roped in Bollywood celebrity couple Ranveer Singh and Deepika Padukone. The idea, ostensibly, was to connect with the youth, and make the most of the fact that the celebrity couple had not been seen in a commercial together yet, after getting married.
The campaign, revolving around the theme of ‘Khayal Rakhenge, Khush Rakhenge,’ (We’ll take care, we’ll keep you happy) takes a sneak peek into the lives and the magical chemistry that the couple shares. The idea was compelling, the commercial is sweet and the chemistry between the couple is great. But, as marketing experts agree, something seemed amiss. The brand-couple connect did not seem seamless. “It looks like a forced fit,” says Abraham Koshy, professor of marketing at IIM-Ahmedabad. The idea of roping in any celebrity is to add that extra layer of zing to the brand. At times, however, celebrities dwarf the brand. “This has been the case with Lloyd. The brand has taken a backseat and celebrity hog the limelight,” says Koshy, who compares it with another commercial which became talk of the town in 2017. In December, Manyavar, an ethnic wear brand brought together Virat Kohli and Anushka Sharma. The brand-celebrity fit was tailor made, the timing was immaculate and the execution made the commercial memorable. In case of Lloyd, Koshy explains, the messaging is also modified to suit the couple. “An air conditioner falls in a functional category. Voltas has taken the pole position by weaving in functionality with emotion. Remember Murthy and his father-in-law? Lloyd somehow missed the trick,” he says, adding that the Colgate ad with Dhoni and his wife trumps the two celebrity couple commercials this year. The jury is out on which couple gave their respective brands an advantage. Which one did you prefer?

Tweets by @forbes_india
Why has Australia fallen out of love with immigration?
Four steps to 50 million jobs