In a landmark order, India joins EU and other nations that want the internet search giant to stop abusing its market dominance 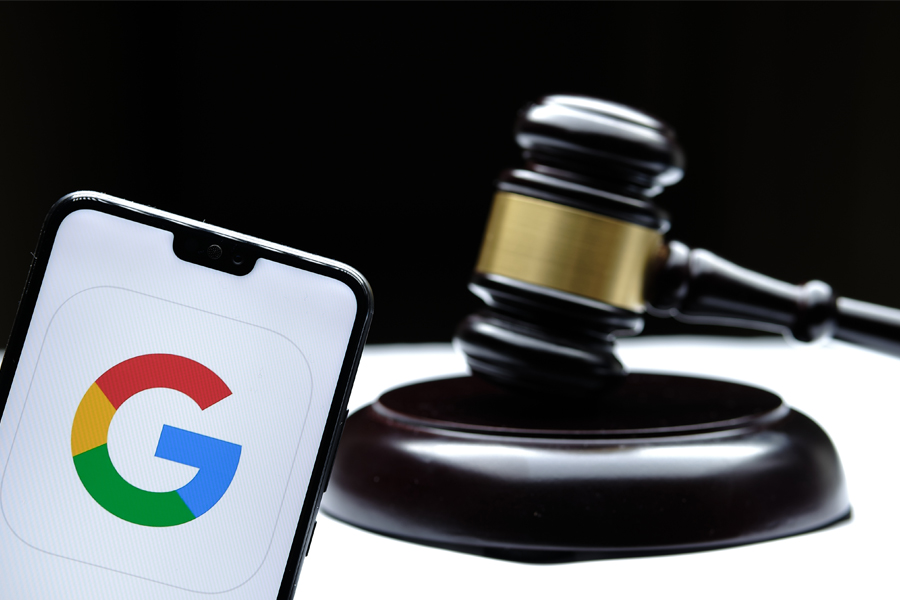 CCI has imposed a penalty of Rs1,337.76 crore on Google for abusing its dominant position in multiple markets in the Android mobile device ecosystem, apart from issuing a cease-and-desist order Image: Shutterstock

The Competition Commission of India (CCI) on October 20 concluded that Google’s practices in the market were anti-competitive, after a three-and-half-year probe. And in a landmark decision, the CCI imposed a fine on the internet search giant.

India’s top competition authority also laid out several measures that Alphabet Inc’s Google needs to implement in a time-bound manner, according to a statement. The CCI said it “has imposed a penalty of Rs1,337.76 crore on Google for abusing its dominant position in multiple markets in the Android mobile device ecosystem, apart from issuing a cease-and-desist order”.

The decision spotlights the much wider dominance of big-tech companies, including Apple and Facebook’s parent Meta, around the world, outside China. India is one of the biggest markets for Meta’s WhatsApp instant messaging platform, for example, for which users seek alternatives after Meta announced changes to privacy rules. The CCI is still probing Google with respect to smart televisions and its in-app payments system.

While this isn’t the first time the CCI has imposed a fine on Google—and the value of the fine is provisional—the CCI’s order is a historic decision that puts India alongside the EU and other nations in finding that Google has consistently tried and succeeded in eliminating competition using its market dominance.

In a similar case, Google was fined $5 billion in the EU for forcing manufacturers to pre-install its proprietary apps on Android devices, according to a Reuters report published on October 21.

Earlier in the week, more than 40 European rivals to Google's shopping service urged EU antitrust regulators to use newly adopted tech rules to ensure that the internet search giant complies with a 2017 EU order to allow more competition on its search page, Reuters reported, separately.

The European Commission fined Google 2.4 billion euros ($2.33 billion) five years ago and told the company to stop favouring its own shopping service.

But, in a letter to EU antitrust chief Margrethe Vestager, 43 companies, including those from Britain, France and Germany, said the diktat hadn’t worked, according to Reuters.

CCI’s order on Thursday relates to an investigation into Google that was started in April 2019, based on a complaint that Google was abusing its Android platform to shut out rivals. The complaint was filed by Umar Javeed and Sukarma Thapar, who worked as research associates at the CCI, and Umar's brother Aaqib, a law school student who interned with the CCI briefly in 2018, according to a Reuters report from July 2019.

The order also spotlighted the fact that Google dominated multiple aspects of the market, including relationships with device manufacturers, general web search, the app store and Google’s products such as Chrome browser and YouTube.

“It ensured that OEMs are not able to develop and/or offer devices based on forks, which are outside the control of Google,” CCI said.

Had these restrictions not been present, competing search services providers could have partnered the mobile device manufacturers to access sufficient distribution channels to offer devices based on forks. Similarly, Android fork developers also could not find distribution channels for their versions of Android as almost all the OEMs were tied with Google.

And app developers that “guaranteed a continuous access to search queries of mobile users which helped not only in protecting the advertisement revenue but also to reap the network effects through continuous improvement of services, to the exclusion of competitors”.

“With these agreements in place, the competitors never stood a chance to compete effectively with Google and ultimately these agreements resulted in foreclosing the market for them as well as eliminating choice for users”.

“The CCI finding (and order) is a landmark one,” Rohan Verma, CEO and executive director of MapMyIndia, said in a statement. “We welcome it and hail this as a first step in the right direction. Big-tech must be held accountable, and all must realise the negative externalities of foreign big-tech—else we will remain digital colonised slaves, and India’s progress and value creation will be held back economically and geopolitically.”

The CCI’s order needs to be implemented “without loopholes”, Verma added.

Verma, whose company provides a mapping location-based service to business customers and an app for consumers called Mappls, said the CCI’s “findings show how Indian indigenous apps have been suppressed” to the extent that consumers don’t know about them. “We hope this is the start of a change in momentum from the last 15 years,” he said.

Also read: Content is the key to the kingdom, as competition intensifies amid new-age brands

By making pre-installation of its own proprietary apps (particularly Google Play Store) conditional upon signing of the various agreements for all Android devices manufactured, distributed or marketed by device manufacturers, Google has reduced the ability of the phone makers to develop and sell devices operating on alternative versions of Android, called Android forks, CCI said in its statement.

As a result, Google curtailed technical or scientific development “to the prejudice of the consumers”, in violation of India’s competition rules, the Commission noted.

CCI also refuted Google’s claim that it faced competition from Apple. The Commission noted that “Apple’s business is primarily based on a vertically integrated smart device ecosystem which focuses on sale of high-end smart devices with state-of-the-art software components. Whereas Google’s business was found to be driven by the ultimate intent of increasing users on its platforms so that they interact with its revenue earning service, that is, online search which directly affects sale of online advertising services by Google”.

“Historically, the large penalties that the CCI has levied have not been effectively recovered,” Manjushree RM, a senior resident fellow and competition law specialist at Vidhi Centre for Legal Policy in New Delhi, said by phone.

Companies have been able to appeal the CCI’s orders and eventually not pay the penalties, and the system is also overburdened with cases, she says.

If Google chooses to challenge the CCI order, the next steps could be an escalation to the National Company Law Appellate Tribunal and finally the Supreme Court.

There is also a competition amendment bill – that’s been in the works since 2019 – that is going to be discussed in the winter session of the parliament, and the course of this bill may also have a bearing on what happens next, she said.

Therefore, any real change in how Google operates in India will probably take years, she says.

What some countries, including India, are trying to do is therefore to enact what are called “ex ante” regulations, which in simple terms would mean regulations aimed at preventing bad behaviour in the first place, rather than remedying it.

The extant competition rules in India don’t suffice, she says, because the digital markets ecosystems have matured to that extent and the digital economy companies are very big players in it.

Therefore, if the ex-ante rules are enacted as the law of the land – as for example, in the EU’s digital markets act – that say Google or any other company can’t behave in a certain way, then that will make it much easier to protect the market from the kind of practices that the CCI is asking Google to rectify.