Despite a meltdown in the global crypto market, celebrities continue to sign up to the craze for so-called Non-Fungible Tokens. While NFTs are weathering the meltdown better than most cryptocurrencies, many of the NFTs owned by celebrities are now all but worthless, selling for fractions of their original prices—when they sell at all 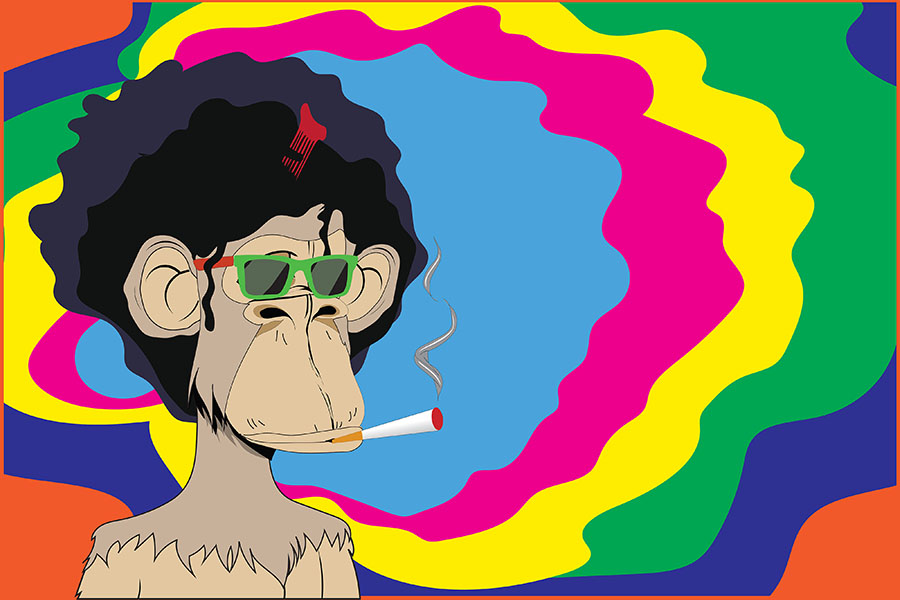 Paris, France: Sports, film and music stars have all flocked to the NFT market to buy pictures of apes, endorse corporate partners or even launch their own art collections.
Even as the crypto sector suffers a rout with sales and values plunging and scams proliferating, celebrities continue to sign up to the craze for so-called Non-Fungible Tokens.

The Bored Ape Yacht Club is the ground zero of NFT "collectables".
It features cartoon images replicated thousands of times with algorithm-generated variations.
The initial collection of 10,000 computer generated images has been followed by several other generations and many millions of fakes.
To fans, they are a status symbol, a key to an exclusive club where ordinary folk can mix with the famous and wealthy.
Brazilian footballer Neymar and tennis legend Serena Williams tweeted out their ape images on the same day in January.
US talk show host Jimmy Fallon and socialite Paris Hilton showed off their apes on TV.

Madonna declared on Instagram in March that she had "entered the MetaVerse" with a purchase of an ape, reportedly for more than $500,000.
She was following the likes of musicians Justin Bieber, Eminem and Snoop Dogg, basketball luminaries Shaquille O'Neal and Stephen Curry, and actors including Gwyneth Paltrow.
To NFT critics, these apes symbolise all that is wrong in the crypto world—fundamentally worthless yet selling for vast sums with valuations based on hype.
And ultimately these celebrities don't own the ape pictures in any traditional sense—anyone can download and use the images.
What they own is essentially a digital receipt linked to the picture.
But celebrity backing is vital.
Also read: Tokens, NFTs: The blockchain universe looks to capitalise on Will Smith's Oscars slap
The apes, along with cartoon collections like CryptoPunks, appear to be weathering the crash better than other parts of the crypto sector.

Celebrity NFT enthusiasts have gone a lot deeper into the industry than just buying ape images—plenty have created their own NFT collections, with mixed results.
US musician Grimes got in early, managing to bag almost $6 million for some fantasy-inspired art last year.
However, many of these NFTs are now all but worthless, selling for fractions of their original prices—when they sell at all.
Other collections have failed even to get off the ground. Wrestler John Cena sold just a handful of NFTs from a collection he put together last year with the WWE.
He admitted it was a "catastrophic failure".
Skateboarder Tony Hawk has been more successful with sales, but at the cost of the admiration of some of his fans.
He announced on Twitter last year he would sell versions of his famous tricks as NFTs, prompting responses ranging from "Stop this Tony" to "Tony, no, not you too".
Hawk has not mentioned the project on Twitter since, though he has continued to deal in NFTs.

One of the mainstays of the celebrity-NFT relationship is the old-fashioned brand endorsement.
This week, French megastar footballer Kylian Mbappe became the latest star to sign on as an "ambassador" and invest in French start-up Sorare.
The firm runs a fantasy football game where players can buy sports-card style NFTs.
Serena Williams, along with footballers Gerard Pique and Rio Ferdinand, have already invested in the game.
Also read: Amid NFT boom, artists worry about climate costs
And not to be outdone, the world's most famous footballer, Cristiano Ronaldo, last week announced a partnership with Binance, the world's biggest crypto firm.
The offerings will apparently include designs created in collaboration with Ronaldo, who said in a statement he looked forward to "bringing unprecedented experiences and access through this NFT platform".
© Agence France-Presse