The trader-investor who passed away on Sunday at the age of 62 remained optimistic about the India story through thick and thin. He'd often say: When one has a big idea, one needs to bet big 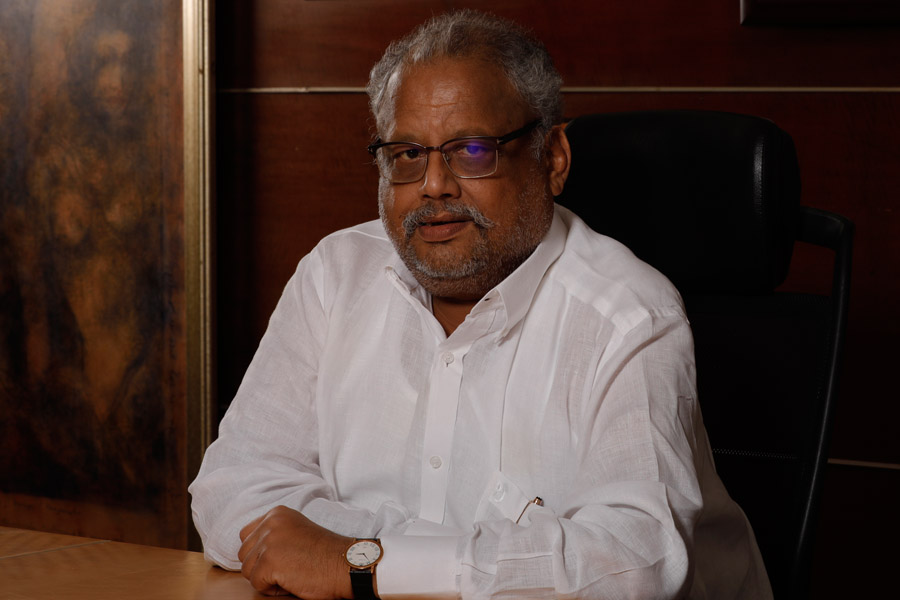 Every time I met Rakesh Jhunjhunwala, he was unfailingly polite, patient with answering questions and consistent with his view on India. ‘Our best days are ahead of us’—was the line he never stopped repeating. He followed the same philosophy while investing in businesses that went on to become market leaders. But unlike some of his contemporaries who define themselves as value investors, momentum investors, traders and the like, he refused to straightjacket himself. A question on his investing philosophy would prompt scorn. “I am too young to have a philosophy. I remain open to changing my mind,” he once told me. He described himself as a trader-investor. At a time when the growing class of Indian retail investors has several heroes to look up to, Jhunjhunwala, 62, retained probably the tallest stature among them. Here was an ordinary middle-class child (his father worked for the income tax department) who came to the market in 1985 with a princely sum Rs5,000 and turned it into the greatest fortune (Rs41,800 crore) in Indian investing history. At last count in October 2021, his net wealth was $5.5 billion.

Jhunjhunwala had done this by investing in Indian companies that went on to become market leaders. Some like Titan he’d held for decades turning a Rs20 stock into Rs6,000 (he only spoke about the stock price before the several splits and bonus issues the company announced over the last two decades). His opportunistic bets spanned everything from sugar to metals and infrastructure to real estate. It was these (and the sensible use of leverage) that brought him the capital to make large bets in his later years. It was this combination that proved to be truly special. The world over, few investors have been able to combine short-term trades with the big audacious long-term bets that bring in outsize returns. The best trades are often made in small quantities that are not enough to move the needle or are exited too early. “When one has a big idea, one needs to bet big,” he said in a 2014 meeting. Jhunjhunwala was able to do that multiple times. A contemporary of his once pointed me to a stock both had bought—Crisil. While he traded and made a pittance, Jhunjhunwala stuck with it and raked in returns in excess of 50 percent a year. “We had the same information, but he used it better,” he said. One never knew if he’d used the information better as Jhunjhunwala was extremely wary of discussing his investments. As a trader, he’d make dozens of small bets. Some he held for days or weeks while others he held for months. Often the mere rumour that Jhunjhunwala had bought a stock was enough to send it up a few notches. What investors never knew was if this was a Titan-like bet or one he expected to exit soon. Parody Twitter accounts and blogs followed his every move. Ask him about his bet on a commodity super cycle or his interest in an entertainment company going through tough times and one could see him lose interest. “I don’t like to talk about this as I might say something today and change my mind tomorrow morning,” he said. And always conscious of his infallibility, most statements on stocks ended with a signature line, “I reserve the right to be wrong.” Broader questions brought Jhunjhunwala to his element. He’d wax eloquent on the dangers of investing in the market with lack of preparation. “Don’t take your father’s money and buy stocks. The market is like playing with fire,” he intoned. A chartered accountant, he always did his own research. The idea of getting someone else to do the work was antithetical to his investing philosophy. He’d bounce ideas off Radhakishan Damani, the owner of Dmart and a close friend. And while the two often hunted as a pair, both had their own independent thought process. Even later, as he’d farm out research to someone in his office, he always spent time studying the numbers himself. I was witness to this the last time I met him at his office at Nariman Point in October 2021. Clearly unwell, he took his temperature multiple times during the meeting. But that hadn’t slowed him down one bit. He’d just been through a presentation with bankers to the Emcure Pharma IPO. It was the results season and we were frequently interrupted by his team as they planned the next day’s trades. He wanted to see the numbers himself. His approach seemed to foster a collaborative atmosphere in the office and he didn’t come across as a billionaire who ruled by stricture. All this while he answered my questions. His face lit up when I asked him what the next decade meant for him as an investor. He believed his best days were head. When I asked him if his health had slowed him down, he replied in the affirmative. “I’ll wind down my trading activities soon,” he said even as he waited for Akasa Air, an airline he had promoted to take to the skies. In his later years as his health gave way steadily, one saw a man constrained but determined not to slow down. From a person who had no qualms about lighting up a cigarette in front of a reporter in his cabin (something unheard of in the 2010s), he gave up both smoking and drinking. His other passion outside of the market remained his thoroughbred horses. I once spotted him a few years ago at a derby held at the Mahalaxmi Racecourse. He made sure his wheelchair posed no hindrance as he tried to get up while cheering for his favourite horse. And that image in my mind captured Jhunjhunwala in his entirety. A man who lived on his own terms and never gave up till the end.