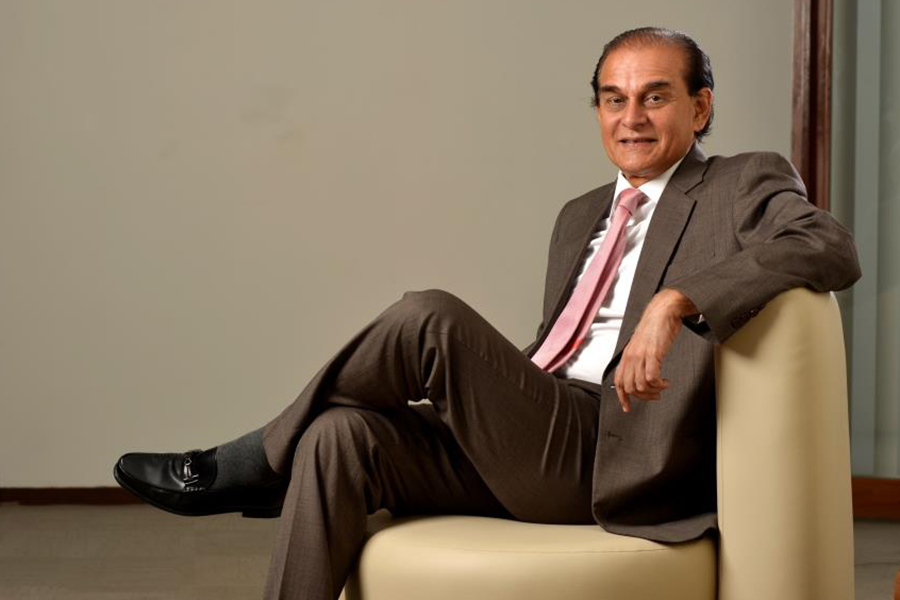 (Image: Harsh Mariwala, Marico's chairman and non-executive director)
Marico Ltd, the maker of Parachute hair oil and Saffola cooking oil announced a strong set of numbers as it shrugged off the loss in sales post demonetization even as the company’s international business continued to face headwinds.

Volume growth for the domestic business was 10 percent, which is far higher than industry growth in the last few quarters.

“I am fairly satisfied with the strong comeback during the quarter. The core is stronger with gains in market shares,” said Marico's managing director and CEO, Saugata Gupta,

The increase in margins was partly a result of increased sales of Parachute Rigid Coconut Oil which the company terms as Value Added Hair Oil (VAHO).

Volume growth at Saffola was also a robust 6 percent even as the company launched Saffola Aura, a premium oil. The numbers come at a time when Marico saw a price deflation of 4 percent primarily due to the price reductions in the coconut oil portfolio taken in the same quarter last year.

The Company stated that it had witnessed normalcy returning after the effects of the governments decision to remove Rs 500 and Rs 1,000 notes from circulation. For instance, the volumes of Parachute’s rigid portfolio (packs in blue bottles) had declined as the trade inventory went down as shoppers stopped buying.

As demand returned in the fourth quarter raw material prices also shot up by 25 percent over the last quarter. Marico delayed its decision to take prices up. This gave company an advantage over competition as it was able to sell at lower prices across channels and boost sales.

As a result, the Parachute portfolio witnessed volume growth of 15 percent in the last quarter when compared to the same period a year earlier. The company does not expect this level of growth to continue. It expects it to settle at 5-7 percent. Marico took prices up by 8 percent in March 2017.
The operating margins for FY17 was 24.3 percent, as against 21.7 percent in FY16. Higher operating margins, the company says, can be attributed to lower advertising spends this quarter.

"Over the medium term ASP spends are likely remain in the range of 11-12% given the healthy innovation pipeline and renewed focus on the core portfolio," states Marico’s press statement.