Slowdown: No wind in the sales

After powering economic growth for the last decade, Indian consumers are now holding tight to their purse strings 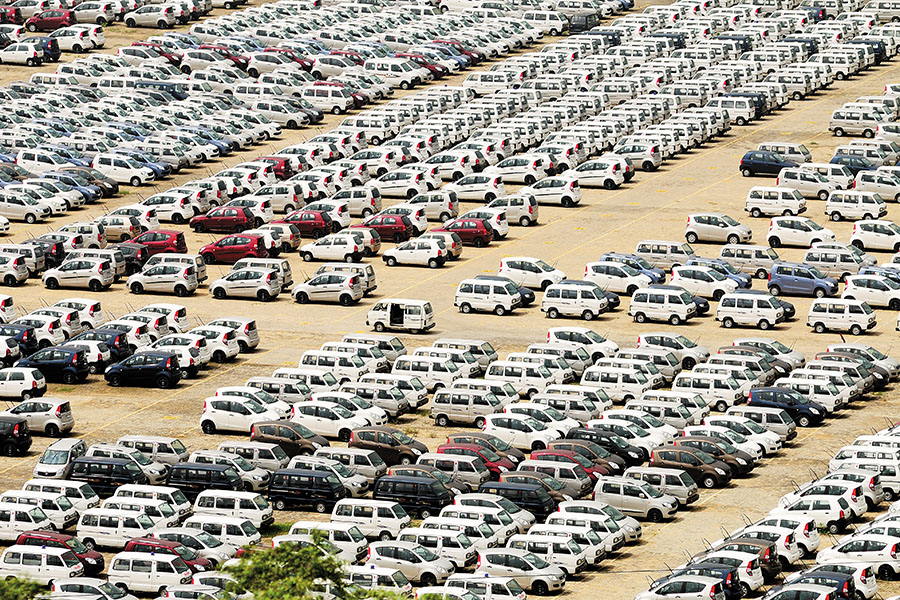 
Assessments vary on its length and severity. But this much is certain: The Indian consumer is holding tight to his purse strings. Across the country, walk-ins at car showrooms have slowed to a trickle, rural buyers have been slow to switch to larger pack sizes, preferring instead low-unit packs (small packs that bring in lower margins); and an extended winter has resulted in a slow start to demand for coolers and air conditioners.

It’s also a slowdown that caught companies by surprise. “If you’d asked me (around) last September I couldn’t have imagined this would happen,” says Anurang Jain, managing director at Varroc, a large auto component manufacturer. September was also the time when the IL&FS shadow bank crisis hit and credit flow froze. In the months since, some auto makers have been forced to cut production by as much as 25 percent. Jain sees a swift recovery in the second half of the year.

It’s hard to tell whether Jain’s optimism is justified. In conversations with analysts, dealers and company executives, Forbes India has tried to piece together the chief causes of the slowdown—in some cases they are as simple as a high base effect or an over-leveraged customer unable to spend more. If that is the case, this slowdown may be the result of customers waiting and watching till the elections are over.

But increasingly industry watchers are also beginning to question whether it could be the result of something more sinister, namely a lack of investment in the economy leading to a demand crunch. According to the Centre for Monitoring the Indian Economy (CMIE), new investment announcements plunged to a 14-year-low in March. While private investments have been comatose for the last seven years, government investments have also slackened in the last year as the focus has shifted to project completion.

CMIE says with capacity utilisation hovering at 70-75 percent for the last six years, there is little incentive for companies to invest. “This is not a business cycle that has an ebb and flow. New investments will require fiscal incentives and it remains to be seen what the new government does,” says Mahesh Vyas, managing director of CMIE. With investment demand not making a comeback, it is unlikely that consumer demand can grow in a meaningful way in the next few quarters.

Over the last decade, the Indian consumer has been responsible for two-thirds of growth. As a result,  consumer good companies have had a good run. In the early part of the decade, income transfers mainly to rural India saw companies delivering strong volume growth. On average, both revenue and profitability rose by 20 percent a year between 2007 and 2012 as new consumers entered the market and companies expanded their distribution reach. Hindustan Unilever spent three years starting 2010 in trebling its rural direct coverage. Rural markets grew at twice the range of urban markets.

Demand slowed 2013 onwards and time and again in conference calls companies have said that they are hopeful of rural demand reviving. Since then demonetisation and the introduction of the Goods & Services Tax and the e-way bill have further disrupted the sector.

There are also increasing signs that the demand slowdown for consumer goods companies could be structural. First, the slowdown comes after four years of tepid volume growth. Second, companies have been unable to revive rural demand and consumers outside of the large cities have been slow to embrace premium products. Third, consumers both in urban and small town India have started to spend more on affordable luxury. Mobile phones, motorcycles and washing machines are their favourites as are short haul international holidays. “Increasing incomes are not necessarily translating into higher consumer goods spending,” says Nitin Mangal, an independent analyst. “For consumer goods at least I don’t see the elections changing anything.”

Fourth, ayurvedic and herbal products are not resonating with the rural consumers who don’t see them as aspirational. At places where companies are seeing traction, it is due to some consumers moving from unbranded ayurvedic products to branded. Fifth, low unit packs sold for ₹5-10 are seeing increased traction. For companies these played an important role in getting consumers to start using their products. They didn’t mind the margin hit as consumers inevitably upgraded. That has stalled for the time being, according to Lalit Malik, chief financial officer, Dabur.

For white goods the best indicator is cooler and air conditioner sales. “Demand in the west, north and east has been lower due to an extended winter,” says Achal Bakeri, managing director at Symphony, an air cooler company. “Demand is slower compared to previous times when we’ve had an extended winter.” He declined to make a prediction on when demand could recover.

A large FMCG dealer in Madhya Pradesh that Forbes India spoke to says demand crunch was also on account of slower payments by the government to contractors who in turn had not been able to pay staff and patchy implementation of the Bhavantar Bhugtan Yojana where the state pays the difference between the official minimum support price and the price at which farmers sell their crops. While consumer loans are still easily available, lower credit availability has led to dealers not being able to finance large inventories.

The slow growth has, for the first time in a decade, put a serious question mark on the valuations of consumer stocks. At 40-60 times earnings, these trade at roughly twice the Sensex valuations—a premium on account of their steady cash flows and stable earnings growth. In 2013 when earnings slowed, valuations continued to climb. Hindustan Unilever moved from an earnings multiple of 30 in 2013 to 60 at present.

What’s interesting to note is that while the market has risen by 11 percent since February 28, the BSE FMCG Index has moved up by 0.1 percent. After four years of slowing growth, investors have hit the pause button. “Right now it is difficult to take a call on these stocks. If the rest of the market starts delivering growth, these stocks might be in for a time correction,” says Ankit Jain, fund manager at the Mirae Asset Great Consumer Fund.

Poor consumer sentiment has also adversely affected another secular growth story—autos. In the first six months of the financial year, the auto industry grew by 13 percent, but in 2019, till February, growth has been 8 percent. Two-wheelers, which are also used for income generation, have been worst hit. The slowdown that began during the festive season was initially put down to a lack of financing and higher insurance costs. Two-wheeler companies have helped in demand generation by offering discounts, easier financing and cash back deals. Demand for cars is lower again on account of higher insurance payouts and petrol costs. Some car companies have taken a hit on account of lower demand from cab aggregators Ola and Uber.

Truck sales are also stuck in a downtrend. Lower government spending on roads and highways has reduced demand for heavy commercial vehicles. Operators have also shifted to heavier 32 tonne trucks from 25 tonne ones, reducing the number of trucks needed. Medium and light commercial vehicles have been affected by a lack of financing for truck operators. “We need to wait for one more quarter to see how long this difficult period will last,” says Sonam Udasi, fund manager, Tata Mutual Fund. The market has swiftly marked down valuations for the sector. The BSE Auto Index is down by 20.8 percent from September.

A clearer picture on inventory levels will emerge once auto companies release quarterly production orders to suppliers in mid-April. For cars and trucks, there is also the expectation of buying in advance of BSVI regulations that kick in April 2020. Truck sales are also dependent on rising capital expenditure. At present, that is the most difficult to forecast. Vyas of CMIE says, “There is no time frame for new investments reviving and then cash flowing into the hands of consumers.”

(With inputs from Salil Panchal)