'Each time you go back to it, the Mahabharata offers something new'

Legendary theatre directors Peter Brook and Marie-Hélène Estienne talk about staging Battlefield, a play based on the Mahabharata 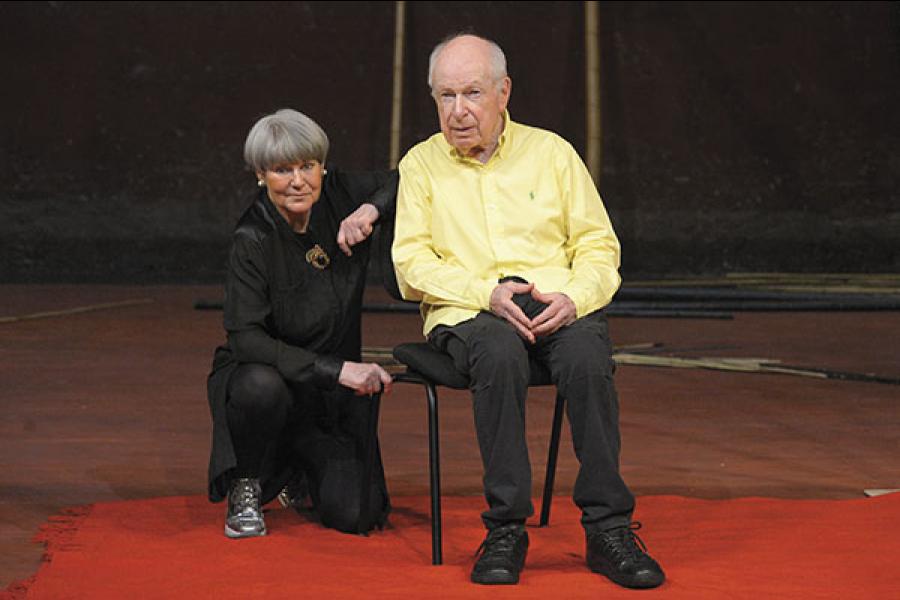 Image: Getty Images
Theatre veterans Marie-Hélène Estienne (left) and Peter Brook are revisiting the Mahabharata to show what happens after the battle

In 1985, when Peter Brook staged his nine-hour production of Mahabharata, it went down as one of the greatest and most memorable productions of all time. The colossal play had 21 actors (Mallika Sarabhai being the only Indian; she played Draupadi) from 16 countries. Brook, then aged 60, took 10 years to prepare for the play, before staging it at the Avignon Theatre Festival in France. Subsequently, it travelled to other places, including Paris and the US.

Thirty years later, Brook, his long-time collaborator Marie-Hélène Estienne and writer Jean-Claude Carrière have come together again to revisit the epic, and produce Battlefield, in which the Bharat family tries to make sense of what they went through in the Kurukshetra battle, and the horrors they experienced themselves and brought on to others.

In an interview during the promotions of the play, Brook said: “We wanted to speak about what happens after the battle. How will the old blind king, who has lost all his sons and all his allies, be able to cope and assume their responsibility with his victorious nephew? On both sides, the leaders go through a moment of profound questioning: The ones who won say, ‘Victory is a defeat’, and the ones who lost admit that ‘they could have prevented that war’. In the Mahabharata, they at least have the strength to ask these questions. Our real audience is [Barack] Obama, [François] Hollande, [Vladimir] Putin and all the presidents. The question is: How do they see their opponents in this day and age?”

The play has been staged in France, Japan, Singapore and the UK before coming to India, where it will be staged at the National Centre for the Performing Arts in Mumbai between March 8 and 12.

Forbes India spoke to Brook and Estienne about what it means to be working on an epic the size and depth of the Mahabharata. Excerpts:

Q. What about the Mahabharata attracted you to make two productions based on the epic?
The Mahabharata is an extraordinary epic. It contains—as the book repeats it all the time—everything. It has been conceived by men of deep knowledge, observation purity, as well as invention. When you enter it, it cannot vanish, it stays in you, it opens doors within yourself and helps you understand the human being and its situation in the world. We did the long version, and little by little, when years passed, it came back, as it had never left us.

Q. Which story within the Mahabharata appeals to you the most?
You cannot tell what attracts you the most in the text, it is so rich. And each time you go back to it, it gives you something new to look at.

Q. Which character(s) do you find most fascinating?
There are so many—Krishna, the heroes, the warriors, the kings, the ascetics, the asuras, the rakshasas. It is a world in itself, with so many aspects of men and gods and nature. 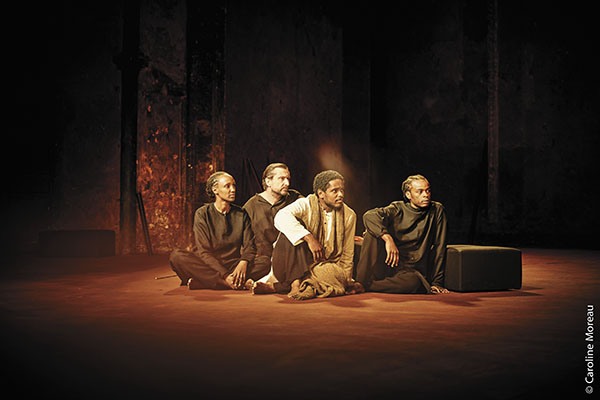 A scene from the play Battlefield which has already been staged in France, Japan, Singapore and the UK

Q. How are ancient epics such as the Mahabharata (and others) relevant in present times?
It is so relevant. The epic studies man in all his forms—sattva rajas tamas; it speaks about dharma, which is so important and lost nowadays; but we can well feel in our hearts how much we need it, to follow it; we know perfectly that we cannot destroy the world we live in, that we can make no wars and protect the poor; we know all that and still we do not respect it. We forget. The Mahabharata shows you the way; it tells you about all that forgetting, which leads to an awful massacre.

Q. Have any events in recent times prompted you to revisit the Mahabharata?
Being older.

Q. Do you feel ‘adaptations’ of epics leave a stronger impression on audiences rather than the original story? Are adaptations necessary for any particular reason(s)?
The original story is a wonder. It took us many years to be able to read it and know it, and try to understand it. I always have the feeling that that text, which belongs first to India, belongs to all of us, and can help all of us. If we are open enough and respectful enough, its doors open and it fills your heart with a certain knowledge, which can be felt in our lives.

Theatre is a form, it is an approach, it is a possibility of sharing, at the same time, at the same moment. Doing something together, like reading a book or studying, is also a form of sharing, but a different form. All the forms offer something special. There are many written adaptations of the Mahabharata, as it is not certain that everyone can find the time to read the 18 volumes.

And, of course, it must be very different to study it in its original language. [Adaptations offer] another path. A text like the Mahabharata has its own life. It is said that when it began to be written, instead of being transmitted through oral tradition, that Kali Yuga began!

We do not want to teach anything. We want to share what we can share with the audience.