Ways of sustainable living that should be made compulsary in India 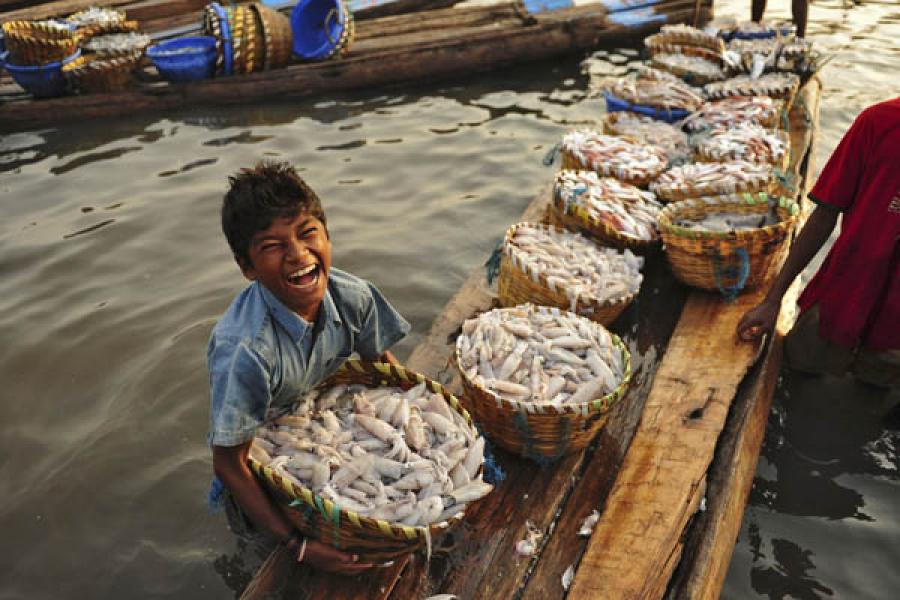 1. Fishing
Fishing stocks around the globe started dropping in 1988. In India, data on the availability of fish stocks and yield is poor, but given the prevalent ocean fishing practices, sustainable methods need to be implemented not only for the survival of marine biodiversity but the fishing industry as well.

Most of the fish caught off the coasts of India are through trawling—one of the most destructive forms of fishing worldwide—and as yields drops, even more aggressive methods are adopted. Although trawling in India is at much smaller scales compared to many developed countries, it, nonetheless, is immensely wasteful (it results in a vast amount of useless by-catch), and is destroys marine ecology by ploughing through it.

Among the few examples of sustainable fishing worldwide, Greenpeace cites line-caught mackerel, line-caught sea-bass and farmed mussels. (Line fishing involves fishing with lines that have hooks attached to them. It almost eliminates any by-catch and does not harm other marine life.)

Fish farming is a sustainable method used for fresh water fish in India. Of the country’s total inland fish production, 60 percent is from fish farmed in ponds and reservoirs. Recent efforts to farm sea fish in Kerala are yet to prove successful.


2. Tourism
At a time of private and public push for boosting tourism in India, sustainable tourism might sound like a damper. But given that a substantial part of tourism in the country revolves around natural beauty and architectural heritage, sustainability should be a rising concern as the volumes of tourists rapidly multiply.

Bhutan’s policy towards tourism is a cautious one and works on the concept of ‘high-value, low volume’ tourism that keeps a control on the quality and quantity of tourists coming into the country. For instance, in 2010, the country saw 41,000 tourists, who brought in $90 million.

Kerala, voted by National Geographic as one of the must-see places on earth, is shifting its position as a tourist destination. In 2010, there were 6.6 lakh foreign and 86 lakh domestic tourists in Kerala, bringing in revenue of more than Rs 17,350 crore. “We had charters full of garbage-collectors from Manchester and cobblers from London taking more from the destination than what they contributed to it. In short, high-volume, low-value tourism began to thrive,” said Amitabh Kant, Kerala’s tourism secretary between 1999 and 2001 and the man behind reinventing the industry now. “We stopped that and focussed on high unit value realisation.”

But limiting the number of tourists may not be a viable, or advisable, option, for all destinations. Prohibiting automobiles, as practiced in the hill station of Matheran in Maharashtra, for instance, is one way of preserving local environment; private operators maintaining the cleanliness of Goa’s beaches is another example.


3. Logging
The US and Canada operate their logging industries under strict sustainability laws. This has ensured that the US retains 72 percent of its original forest cover (area under forest cover at the time of the European settlement). In the past five decades, less than 2 percent of trees in the US have been harvested, while tree growth has been 3 percent.

Sustainable forestry was introduced in Brazil under former President Lula da Silva. The move opened 3 percent of the Amazon to timber companies under tough restrictions. Among other regulations, only five or six trees can be harvested over 10 years in an area the size of a football field.


4. Solar energy subsidies
Although government subsidies for installing solar panels have been around for a while, there was no incentive for those who generated more power than what they required. Individual states, such as Tamil Nadu and Kerala, have launched schemes to encourage installation of solar panels, but these have, so far, been for captive consumption. There were no provisions for feeding excess power into the grid.
But the Ministry for New and Renewable Energy recently announced a scheme—providing 30 percent subsidy on capital—that will allow individual generators to feed into the power grid. The plan is yet to be implemented.

In Germany, in the first six months of 2012, 16 percent of the total electricity produced in the country was from solar energy. Individual generators of solar energy can feed excess power into the grid, and some experts predict it will soon be cheaper than using power from the grid.


5. Almost there, but not quite
Water meters: Municipal corporations of different cities—Mumbai and Delhi, for instance—have existing plans to install water meters in residential buildings to charge people according to their consumption. In Mumbai, the civic body is struggling with the installation of meters after the initial move to install Automated Meter Reading systems proved to be too expensive. In 2012, it made fresh plans to install new meters, including in slum areas. In Delhi, the Delhi Jal Board is caught up in a legal wrangle over installation and maintenance fees of water meters.

Water harvesting: The civic bodies of many cities in India have, on paper, made it mandatory for new buildings to install water harvesting systems. Some governments even offer incentives—the government bears part of the cost of construction these systems, or provides discounts on property tax. However it is not clear in most cases whether there are strict penalties for not installing these systems. The rulebook in some cities state that buildings without water harvesting will have their water supplies disconnected, but it is uncertain if the rule is implemented.

Ban on plastic bags: Several cities in the country have, technically, banned plastic bans of varying thickness. But a walk into the local vegetable market is proof enough of how flagrantly the law is flouted. What is interesting is the fact that developed nations that are otherwise environment conscious are struggling with implementing similar rules regarding the use of plastic bags as well.