A rising deficit is bad news for growth

With borrowings staying elevated and revenues tumbling, the government is running out of options to revive growth 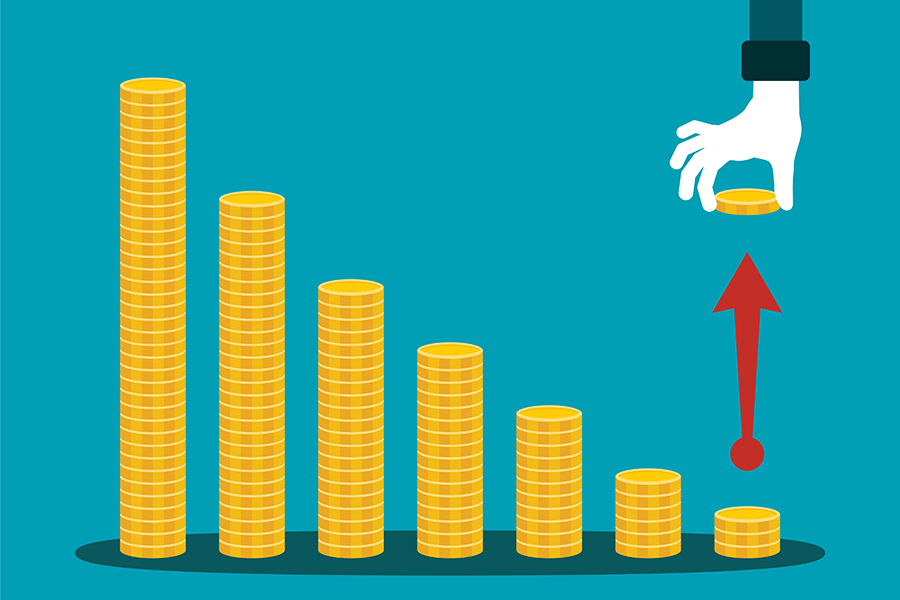 Image: Shutterstock
Government borrowings in the first five months of this fiscal have breached the limit it had set for the full year. At Rs8.7 lakh crore, they stood at 109 percent of the budgeted target of 3.5 percent of GDP.
The news of the deficit being breached came as no surprise, as economists had projected that the full-year deficit could come in at anywhere between 8 and 12 percent of GDP. Now, projections are being revised upwards.

“We expect full-year fiscal deficit for the centre and states to touch 13 percent of GDP as per current trends,” wrote Soumya Kanti Ghosh, chief economic adviser, State Bank of India. The task has been made more complicated, on account of the widely differing full year growth projections, which have been steadily revised downward. In the same period last year (FY20), the deficit in August 2019 was only 78 percent of the budget estimates.
The final deficit numbers would also depend three factors—the revenue decline, the nominal GDP decline and the additional expenditure on account of the stimulus package announced. So far, revenue between April and August was 16 percent of full year estimates at Rs3.7 lakh crore. With full year growth expected to contract between 8 and 10 percent tax collections, disinvestment receipts and collections from spectrum auctions are unlikely to come in.
For now, the government announced another increase in its borrowing target, which stands at Rs12 lakh crore for this fiscal. According to its borrowing schedule, it plans to borrow Rs7.7 lakh crore in the first half and the remainder Rs4.3 lakh crore in the second half of the fiscal.
The elevated borrowing and slowing revenue point to two worrying trends. First, the quality of government expenditure has worsened, as capital spending was down 1.3 percent even as total expenditure rose 6.2 percent between April and August 2020. With consumption spending, investments and net exports falling, it has been left only to government expenditure to pick up the slack. But with rising deficit spending, it is likely that revenue expenditure would also be cut in the months ahead. (In August both revenue and capital expenditure declined.) By August the government had spent only 33 percent of annual budget estimates in capital expenditure. Except for August 2012, this is the lowest number in the last decade.
Second, the decline in tax collections and rising deficit point to a stop in government spending in the fourth quarter of the fiscal. If the consumption spending does not pick up by then, the growth decline could stretch into next fiscal.

Tweets by @forbes_india
Photo of the Day: Agitation against new agriculture laws continues
Trump tests positive for the coronavirus