A wide-telephoto dual-lens combo on the iPhone 7 Plus, and built-in GPS on the Apple Watch Series 2 are among the latest attractions 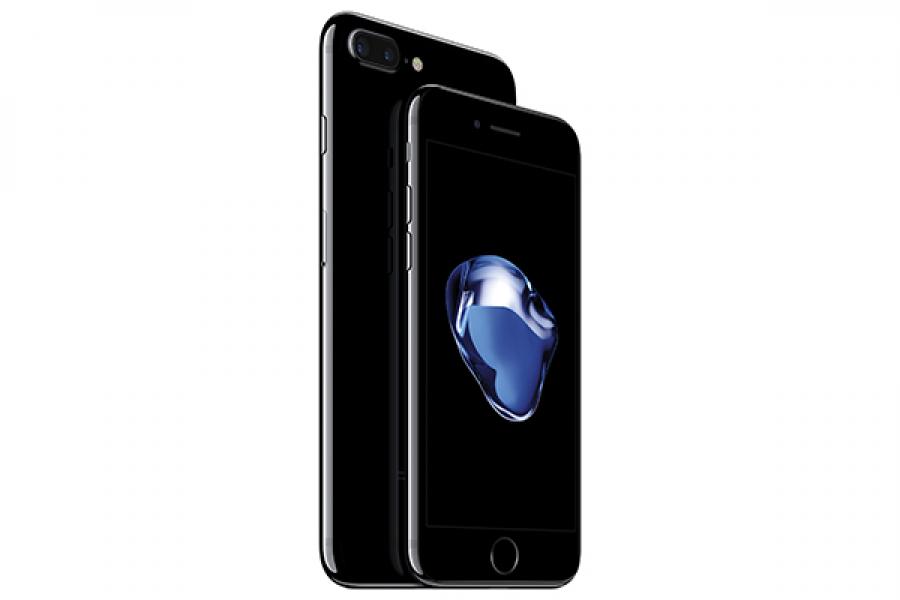 The iPhone 7 and iPhone 7 Plus are equipped with a new processor of their own, called A10 Fusion

Apple released its latest iPhone and Apple Watch on Wednesday and, as widely anticipated, did away with the separate earphone jack. Two standout features from the launch event that was webcast live from the Bill Graham Civic Auditorium in San Francisco could well push users to upgrade.

First: The camera. In the iPhone 7, there is only one, but it too has incremental improvements over the ones in the previous models. In the phablet version, the iPhone 7 Plus, however, Apple has added a second camera, with the ability to zoom from twice the normal focal length optically to up to 10 times using software enhancements. Second, runners rejoice: The Apple Watch Series 2, as the new one is called, has GPS built-in. And deeper integration with the software applications that track activities. Both the phone and the watch are water and dust resistant. The watch can withstand pressure equivalent to what can be recorded at up to 50 metres depth in water.

“It’s not just water proof, but it’s swim proof,” CEO Tim Cook said while introducing the gadget. Apple has teamed up with sports shoes and equipment maker Nike to produce a version of the watch called Apple Watch Nike+, with elegant and intuitive displays of the information most important to runners. Starting a run is as easy as telling Apple’s voice-activated machine-learning assistant Siri to “start a run”, Trevor Edwards, Nike’s brand president said at the event.

In addition to aluminium and stainless steel, the watch will also be available with a body made of ceramic. Apple will also now replace the main processor in the first-generation Apple Watch with the same new dual-core processor it introduced in the Series 2, which the company says is 50 percent faster.

On water resistance, a really neat technological feature in the iPhone is that the phone uses the speaker itself to eject water. As the speaker is the one place where the phone needs an opening with air to propogate sound. The phone is also available in two new colours, including Jet Black, a shiny metallic finish that includes a stainless steel finish apple logo and just Black, a matt-finish version with a polished black Apple logo.

The antennas are more integrated into the bodies and make for a more premium look and feel than the iPhone 6, while the overall design isn’t radically different. That the housing for the cameras is crafted out of the body itself adds to the design’s appeal.

Like the watch, the iPhone 7 and iPhone 7 Plus are equipped with a new processor of their own, called A10 Fusion. In an Apple-first, the chip has four cores. There are two high-performance cores running 40 percent faster than the A9 processor that does duty on the iPhone 6 series, and two high-efficiency cores that can run on one-fifth the power, and Apple has designed a performance controller that decides which cores to employ for what tasks.

Such improvements mean when you take a picture, there are billions of computer operations happening in the span of a milisecond. Some truly stunning untouched pictures were on display at the launch event, that Apple had commissioned professional photographers to go out and shoot on the new iPhone.

The phone also has a new six-core GPU (graphics processing unit), making storage- and processor-intensive games render very well, Apple says. On gaming, the most popular category on the company’s App Store, Apple has partnered Niantic, the maker of the Pokemon Go, to bring the game to Apple Watch. Nintendo’s Super Mario Run will also now be available on the iPhone, closer to Christmas, founder Shigeru Miyamoto said at the event. He spoke in Japanese, with an interpretor for English.

Finally, the one big, and probably permanent, departure from all the previous iPhones (or most smartphones for that matter) is that the 3.5 mm audio jack is history. At least for Apple and for those who want the iPhone 7. Instead, Apple will ship earpods with the Lightning Connector adapter and, as a consolation, a Lightning-to-mini-phono adapter.

The more future-facing innovation, however, were the new wireless “AirPods” that Apple introduced, which one has to purchase separately. The AirPods have their own new processor called the W1 chip. Infrared sensors detect when they’re in the ear and the pods use motion and voice accelerometers to start functioning only when needed.

These ear pieces come with their own portable power bank that can provide 24 hours of play. And they work for 5 hours per charge. One needs to put them back into the power bank, which in turn can be plugged in for its own charging using the same Lightning Connector cable that ships with Apple iPhones.

On software, Apple has continued to make it work more tightly with the hardware, while also making them more amenable for app developers to work with. iOS 10, the latest version of Apple’s operating system for the iPhone, will be out on September 13. Similarly there will be updates for the software that power the Apple Watch (watchOS 3) and the Mac series of laptops (Mac OS).

A useful, but underrated feature, is real-time collaboration, which Apple has now introduced. This will work across its devices on its iWork suite of applications such as the Pages document editing software and Numbers, the spreadsheet software.

The iPhone 7 and the Apple Watch Series 2 and the AirPods can be ordered starting Friday. The minimum storage available on the iPhone 7 has been doubled to 32 GB and that version costs Rs 60,000 in India. The ‘Jet Black’ model will only be available in the higher storage options of 128 GB and 256 GB. The iPhone 7 will be available in India starting October 7.

The Apple Watch Series 2 starts at Rs 32,900 in India and the AirPods with the charging unit will cost Rs 15,400. Both will be available in India in late October, Apple said in a press release.