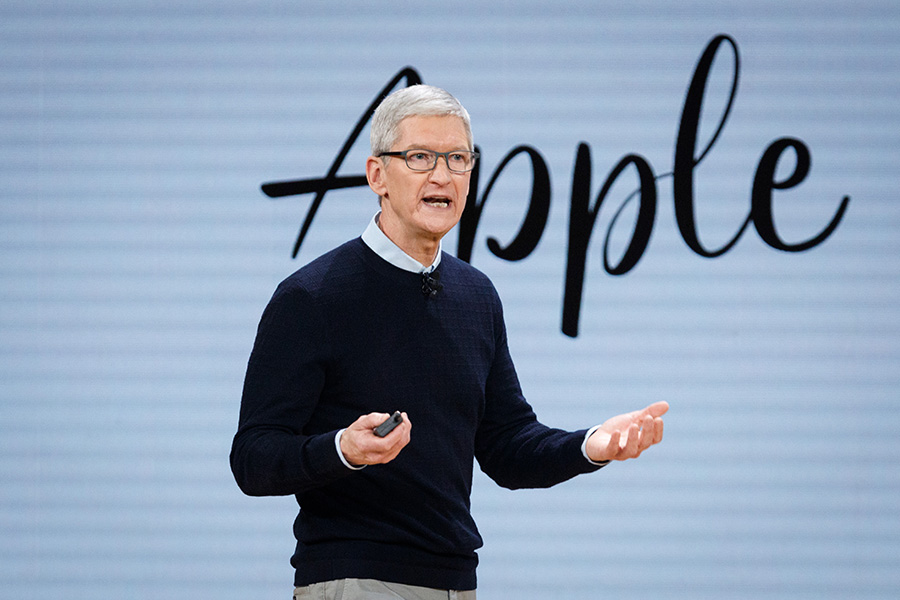 Tim Cook , Chief Executive Officer, Apple; Image: Shutterstock
Tim Cook dropped a hint in May this year about how the Cupertino-headquartered smartphone maker intends to play its game in India.

“In India we set a new first-half record,” Apple CEO said in a second quarter earnings call with analysts in May, alluding to the strong performance in India. “We continue to put great energy there,” Cook said, adding that the objective of the brand is to go in with different marketing initiatives.  “It's a huge market and it's clear that many people will be moving into the middle class over time,” he reckoned.

Fast forward to June
In just one month, Apple made its aggressive intent clear by emerging as the only smartphone brand among the top 10 advertisers on Indian television during the first month of the 2018 FIFA World Cup, according to the latest data by TAM Sports. India ranked at number 9 on the top ten list of advertisers.

While the American giant rolled out a high-decibel campaign to grab eyeballs of the Indian football fans, Chinese and South Korean smartphone players have surprisingly decided to maintain a low profile. Apart from Apple’s iPhone X, Amazon Echo and Uber were the two other American brands that found a place among the top 10.

The Association of Mutual Funds In India (AMFI) ranked as the top advertiser during FIFA. Hero with its Passion and Super Splendor 125 motorcycles; Honda with its X Blade bike; Volkswagen’s Sports Edition cars, Apollo Tyres and BigBasket.com made up the rest of the top 10 list.

Apple, though, is sticking to its script. “India is the third largest smartphone market in the world. There are obviously huge opportunities there for us, and we have extremely low share in that market overall,” Cook had stressed in the earnings call.

Apple commanded only a 2 percent market share in the first quarter of this year in India.

Although this market continues to be a challenging but high growth market for Apple, the brand is increasing its presence with targeted marketing. “A good example is the high decibel ad campaign during the FIFA World Cup,” says Shobhit Srivastava, research analyst at Counterpoint. What makes Apple’s blitzkrieg interesting is that it comes at a time when most of the other brands, including the dominant Chinese, are cutting their marketing spend to contend with increasing competition.

“The increasing installed base of iPhones,” reckons Srivastava, “is a good indicator for the company, given the fact that strong stickiness and aspiration value of the brand. “It will likely drive upgrades for the brand in the future,” he adds.

Apple, she maintains, doesn’t need to be all over the place to capture the imagination of Indians. A relatively clutter-free space on television during FIFA World Cup gives it the chance to grab the complete attention of the youth. “Football could be Apple’s cricket moment,” she adds.