Forbes India 30 Under 30 2021: Finding young achievers in a tough year

A glimpse into the 2021 Class of Forbes India 30 Under 30, who took on the challenges of a relentless year head on 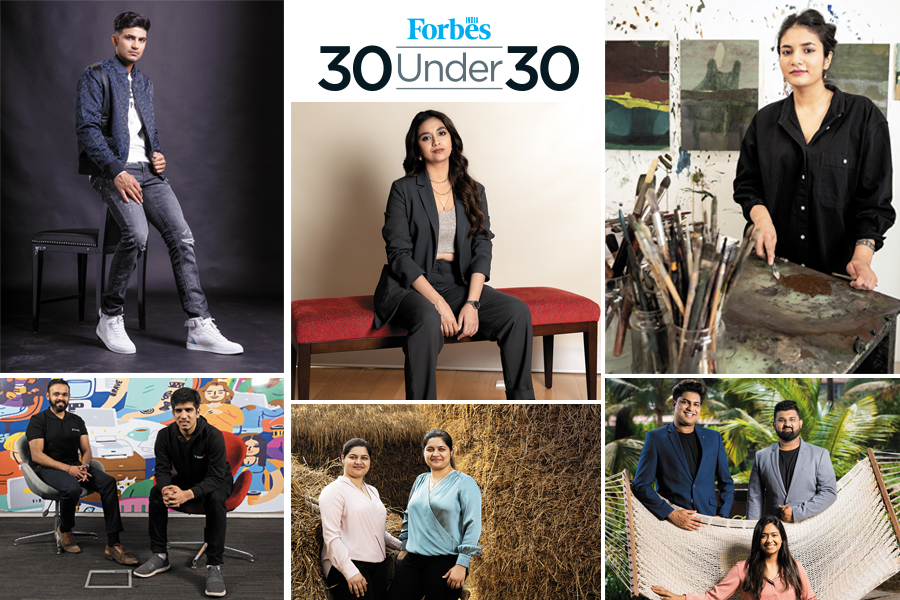 The past year was a tough one for everybody, whether it was a multi-billion dollar enterprise in India or a startup. Forbes India has extensively covered the many pivots and innovations that companies of all shapes and sizes undertook to survive 2020. View full list here.

But what did the pandemic do to the dreams of young entrepreneurs and professionals in India—say the under-30-somethings—who aspire to make a name for themselves? Many would have had to put their plans on the backburner and stick to the creativity-crushing 9-to-5 jobs for a little longer, as the Indian economy—along with global growth—nosedived. But, if you’re looking for inspiration to hold on to that dream, look no further.

If our Class of 30 Under 30 2021 is anything to go by, the entrepreneurial and innovation spirit, and the determination to stand out in the crowd are alive and kicking among India’s young. Many innovated their businesses to survive the Covid-19 shock and to help others. Take, for example, the 29-year-old duo who founded Classplus to digitise local coaching centres and boasts 50,000 teachers on their platform. Classplus launched a mobile app—Classplus Lite—during the pandemic as education went remote, and has already garnered 500,000 users; it is the winner in our new Education category.

Another 29-year-old is giving a voice and stage to entrepreneurs from beyond metro cities, a growing necessity in the post-Covid-19 world. Piyush Verma, founder & CEO, Manush Labs, helps innovators and entrepreneurs from tier 2 cities and beyond get access to mentorship, network, markets and even funding. He is a listee in our NGOs & Social Entrepreneurship category.

Then there’s Aurko Bhattacharjee, 29, director, CXO office, Oyo Hotels & Homes, a close aide of CEO Ritesh Agarwal who was tasked with leading the Covid-19 response communications for the company. He features in the Food & Hospitality category. Click here for 30Under30 full list Shubman Gill, 21, the youngest member on our list for 2021, needs no introduction. Hailed as India’s most promising cricketing talent, he scored 91 runs at the Test in  Brisbane, playing a pivotal role in the historic series win against Australia. It comes as no surprise that he is the pick in the sports category.

The Forbes India 30 Under 30 2021 list is full of such inspiring stories, and the nominations we received this year were far from a trickle. They made it as challenging for the team and jury to pick one—or two—winners per category as they do every year.

Methodology
The research process was three-fold: One, interviews by the Forbes India team with sources across relevant categories as well as through studies of databases and media coverage. Two, on forbesindia.com, inviting applications from, or nominations of, entrepreneurs and professionals who fit the criteria. Three, spreading the word on social media. This helped us arrive at a long list across 20 categories. The next step was narrowing down to a ‘shorter longlist’—the names most likely to make it to the top 30, decided in consultation with experts in each category. The last stage was finalising the 30 winners for 2020. Armed with expert views, the Forbes India editorial team debated, argued and vetoed its way down to the final 30. We realised there were some others who deserved to be featured under ‘Watch out for’. We have only considered for selection those who were under the age of 30 as of December 31, 2020 (the cut-off date for selection of the list). Thus, in the case of enterprises which have several co-founders, we have considered only those where at least one of them is under 30.

Tweets by @forbes_india
Photo of the Day: Back to school
Boston Consulting Group CEO explains how setbacks mould leaders