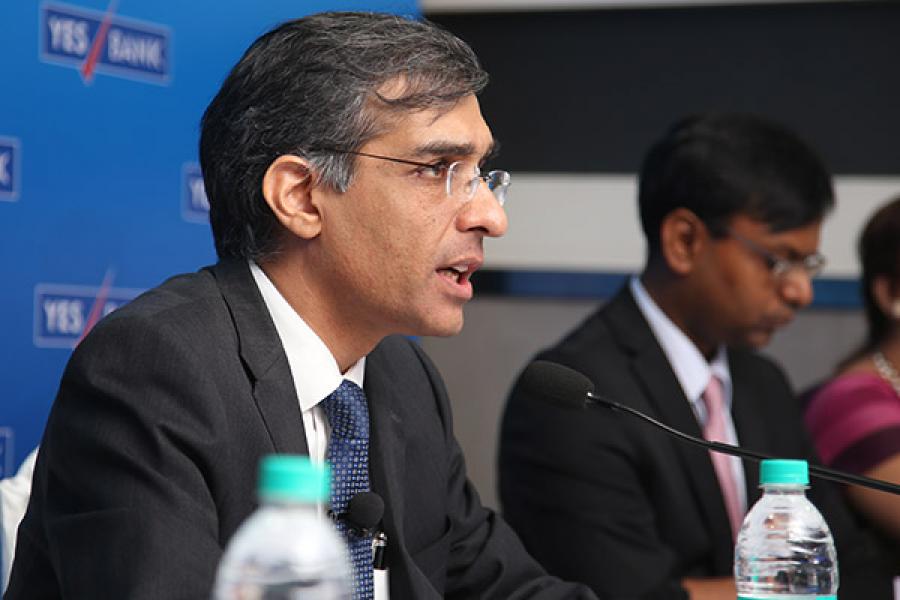 Private sector lender Yes Bank has reported a 27.7 percent year-on-year rise in net profit in the June quarter of FY16, beating market expectations. The earnings were led by a healthy growth in net interest income (NII) and other income.  But asset quality weakened further in the three-month period, data showed.

But the asset quality for the bank weakened a tad in the three-month period. Gross non-performing assets (NPAs) stood at 0.46 percent (Rs 368.3 crore), compared with 0.41 percent in the quarter ended March, 2015. At Rs 106.7 crore, net NPAs increased to 0.13 percent, from 0.12 percent in the previous quarter. Yes Bank’s chief financial officer Rajat Monga said, “The bank’s asset quality continued to show resilience in the quarter.”

Total restructured advances stood at Rs 567.1 crore as on June 20, 2015, representing 0.71 percent of the gross advances. Monga said that there was no sale to asset reconstruction companies (ARCs) in the quarter.

The bank’s loan book continued to expand, as sectors like renewables, agriculture, media and entertainment contributed significantly to the loan book. Advances grew 35.1 percent to Rs 79,665 crore, compared with Rs 58,988 crore a year ago and deposits rose 25 percent to Rs 95,316 crore, data showed.

Analysts called the earnings positive. Ravi Shenoy, vice president, midcaps research at Motilal Oswal Securities said: “The results were in line with expectations. This growth was on account of strong operating performance, with a rise in net interest income,” he said.

Tweets by @forbes_india
Guess how to blow $1.5 billion
IKEA products: Made in Uttar Pradesh, sold in Sweden