Complemented by its newly acquired Osmo team, the Bengaluru edtech unicorn expects to accelerate the application of artificial intelligence and machine learning across its platform for better personalisation 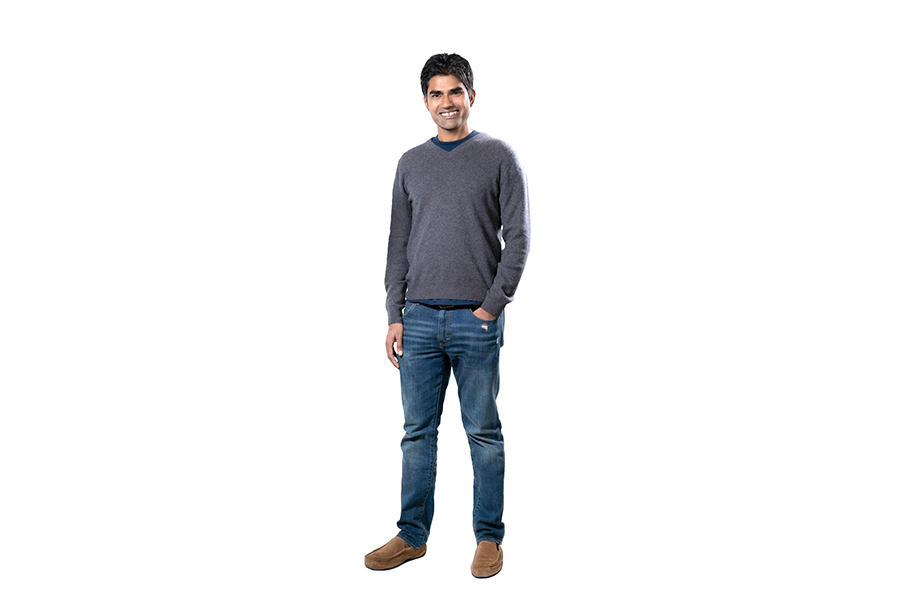 In June, the Osmo-Byju’s collaboration resulted in the launch of a new app, Disney Byju’s Early Learn, aimed at children in grades 1-3. The app, the result of Byju’s partnering Walt Disney Company, taps many of Disney’s large franchise of characters from movies such as Frozen and Cars.

Central to the app is a way to marry offline learning with physical tools such as worksheets, with online interaction, assessment and real-time feedback. This is where Osmo’s technology comes into play. Using computer vision—via a tablet’s selfie camera and a cleverly clipped-on reflector—the image of a worksheet placed before the tablet is captured by the app. It then assesses and provides feedback on the work done by a child on the worksheet.

For instance, if the child has ticked the wrong answer in a multiple choice question answer quiz, the app shows online that it’s wrong and points to the correct answer.

Ex-Googler Sharma, who co-founded Osmo in 2013, spoke in a brief interview with Forbes India on July 23. The problem statement was very simple, he said: Children love to do things that are digital, while parents prefer the analog or physical world.

Therefore, he says, “One of the big opportunities I saw from a tech angle was, can you bring them together? Can you build an experience that makes parents happy and the children happy? That’s pretty much it. And that is what we’ve done in Osmo. Every single product is one where parents won’t have concerns about the product’s value.”

That’s probably why teachers have adopted the products in schools as well, because, for instance, drawing is a good activity and one that Osmo encourages via its products. “And this is the appeal of the products, that they encourage an offline-online blend in learning,” he says.

By the time Osmo was acquired by Byju’s, the Palo Alto company hadn’t yet launched its products in India. “I actually had never expected that we will collaborate with a company in India. However, when I saw the level of excitement around learning in this market, I was just blown away.” And Byju’s success in India reflects the demand for these kinds of products, Sharma said.

Disney Byju’s Early Learn is the first product that has been launched in India as a result of Osmo’s collaboration with Byju’s. Osmo has 15 games and products—mostly focussed on science and math—that it continues to sell in the US, where over a million children in the age group of three to nine years use them. Coding is another big area of interest in the western markets. The worksheets built for the Indian market focus on English, math and creativity.

Osmo has also expanded its team in the US from 60 at the time it was acquired by Byju’s, to 100 now. One of the things that Sharma and others at Byju’s recognised after the acquisition was that Osmo’s core technology was relevant across age groups, and not just for young children.

For the older children and students, “We’re rethinking the future and you’ll see many many launches in the next 18 months, because AI and machine learning is the core technology,” says Sharma, who is also now president for technology and products at Byju’s.

Sharma, who has a Master’s degree in computer science from Stanford University, spent about eight years working on AI and machine learning at Google before starting Osmo. The transformation that is happening in AI today is that the technologies have finally started to work, he said, meaning the lab research is now being successfully commercialised by entrepreneurs.

For instance, the software to work with the paper worksheets was built very quickly, he said. “If we had attempted to build this the traditional way, it would have taken us two years, but we pulled off the whole thing in two months.” Now, there are pieces of software that know how to write software on their own, given enough data. Therefore, if one were to give enough data on the worksheets, the software would auto-learn, he said.

The processes that required manual coding earlier are being automated. For example, predicting what a child might be good at would have traditionally required a rule-based approach, but with modern AI software, one can say ‘don’t worry about rules, we’ll build them on the go,’ he said.

With such an approach, “our plan is to bring all the Osmo products to the Indian market. It’s just a matter of time.”

In AI, one of the fundamental requirements is data, which, in turn, means which platform has the most users, and Byju’s is the runaway leader in this segment in India. With some 35 million registered students on its platform, Byju’s has enough data to look at exercises like categorising students in different ways including the way they learn, what piques their interest and so on.

Without revealing specifics, Sharma is clear that all of Osmo’s AI and machine learning technology will soon be applied to Byju’s existing platform and the data the Bengaluru venture has amassed. Broadly, this will be in two areas: The first is personalisation, which Sharma expects will become much more sophisticated in the coming months and quarters. There is already personalisation today on Byju’s and AI technology will make it much deeper, he said.

The second area will be in the way the app engages students: How it can be made more fun, more relevant to what the children are doing everyday. “One of the areas that we haven’t mastered yet is about identifying gaps in the content,” Sharma said. And this could be done at the level of individual students to improve each student’s learning and personalisation. This is one project that Sharma and his team are working on. Filling gaps in content requires a deep understanding of how students are using the product today. These are things that are very hard to do manually, but can be done with AI.

New features and deeper personalisation through the use of AI will start finding their way into Byju’s app as early as in the next six months, while over the next 18 months, the app will probably see a total overhaul or at least a “significant expansion”, Sharma said. “I believe, in 18 months, our product will be 3x more powerful. This means not small changes, but fundamentally improving the product.”