Mexico, Ireland, Norway, are other countries to be elected; India and Mexico ran unopposed 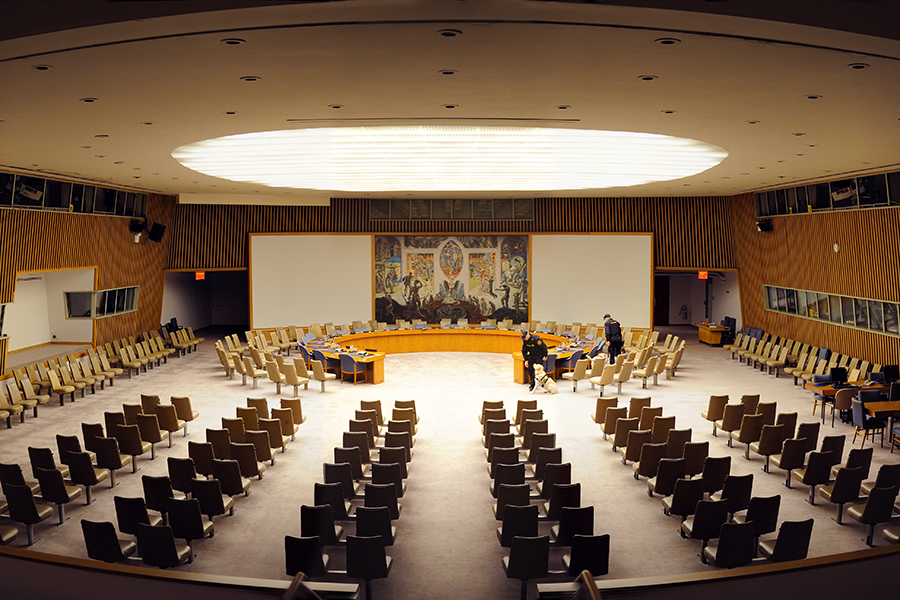 Diplomats at the United Nations chose Mexico, India, Ireland and Norway in elections held Wednesday to fill upcoming vacancies on the Security Council, the most powerful authority in the 193-member global organization, which turns 75 years old this October. Canada, which competed in a three-way race with Norway and Ireland for two of the vacancies, failed to gain the minimum 128 votes required. Norway won 130 and Ireland 128. Mexico and India ran unopposed for the vacant seats allocated to their geographic regions. Five of the 10 nonpermanent seats in the 15-member council were up for election to two-year terms, starting Jan. 1. Results for one of the seats, representing the Africa region, was a tossup between Kenya and Djibouti, with neither receiving the required minimum. A second round of voting to decide the winner was set for Thursday. Canada also lost its bid in 2010 to join the Security Council. This year’s defeat came despite the recruitment of Celine Dion to promote the country’s candidacy to U.N. voters. The elections were conducted under stringent rules this year for the first time because of the coronavirus pandemic, which has left much of the U.N. headquarters complex in New York closed to all but essential workers at least through July. Ambassadors who ordinarily would congregate in the General Assembly hall for the voting were instead admitted a few at a time in a staggered system, dropping secret ballots in a box and leaving. A seat on the Security Council is considered a coveted honor in international diplomacy. Council members have a prominent voice on issues of peace and security, including the wars in Syria, Yemen and Afghanistan, the nuclear weapons harbored by North Korea, the Israeli-Palestinian conflict, and armed extremist groups like the Islamic State and al-Qaida. The council’s resolutions are binding, even if many go unenforced. It also is the only U.N. body authorized to approve the use of military force, and is empowered to refer cases of genocide and other crimes against humanity to the International Criminal Court for prosecution. Nonetheless, the council has been chronically paralyzed over the years by deep divisions, frequently pitting two of the permanent members, Russia and China, against their Western counterparts, Britain, France and the United States. Unlike nonpermanent members, the so-called P-5 have veto power to defeat resolutions they deem objectionable. The voting on Wednesday also included the selection of a new General Assembly president, Volkan Bozkir, a Turkish diplomat, who ran unopposed and will take over from Tijjani Muhammad-Bande of Nigeria at the 75th annual session that begins in September. Precisely how that session will be conducted, given the health risks from the coronavirus pandemic, has not yet been announced.

Tweets by @forbesindia
China puts millions of men in DNA surveillance net
Photo of the Day: Football makes a comeback