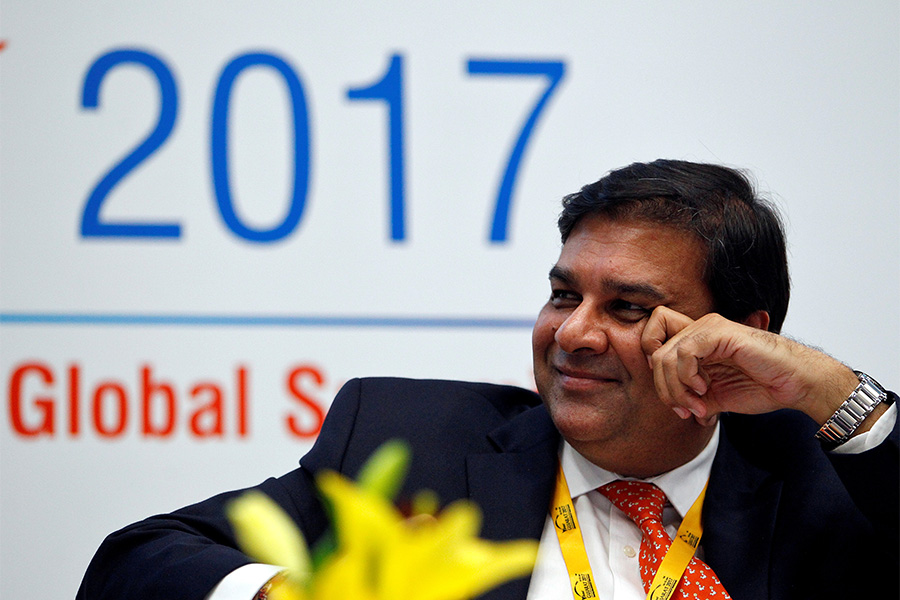 RBI governor Urjit Patel
Amit Dave / Reuters
The news from India’s central bank on Thursday was as expected, keeping the policy (repo) rate unchanged. But it has expressed concerns over inflation and its need to address the issue of bad loans which is plaguing banks.

The Reserve Bank of India (RBI) kept interest rates unchanged at the first bi-monthly monetary policy statement for 2017-18. It was its third such move at successive policy meetings. The repo rate – at which the central bank lends to commercial banks – remains unchanged at 6.25 percent.

But it has raised the reverse repo rate – the rate at which the RBI borrows from commercial banks -- has been increased at 6.00 percent. This move will help narrow the liquidity adjustment facility (LAF) corridor, which is used traditionally to help banks in adjusting daily mismatches in liquidity. With the reverse repo rate being hiked, it will help the RBI to address the problem of excess liquidity in the system.

The problem of excess liquidity arose due to the surge in cash deposits following the government’s demonetisation move, which was introduced in November last year. The excess liquidity in the system is estimated to be an at Rs four lakh crore.

“The focus in the policy was on surplus liquidity management by narrowing the LAF corridor from +/- 0.50bps to +/- 0.25 bps with the objective to align money market rates to repo (policy) rates,” says Ashwani Kumar, managing director and chairman of Dena Bank.

The RBI sounded cautious – but not necessarily hawkish -- over future inflation trends. For 2017-18, inflation is projected to average 4.5 percent in the first half of 2017 and five percent in the second half of the year. India’s consumer price inflation (CPI) had edged up to 3.65 percent in February from 3.17 percent as food prices had started to rise.

At no stage did the RBI governor Urjit Patel sound particularly hawkish. “He was cautious and merely laid down all the upside and the downside,” says Shubada Rao, chief economist at private lender Yes Bank.

But this does not necessarily mean that as inflationary pressures risk, the RBI will act with rate action. In fact most economists still expect the RBI to keep rates unchanged for a prolonged time, possibly much of 2017, but this would be dependent on the nature of incoming macro-economic data in future quarters.

The Monetary Policy Committee (MPC) said that it continued to maintain a “neutral” stance relating to future policy action. It thus indicates that the RBI is happy to keep everyone second guessing and that no one can bet on the way in which the RBI will move on policy rates, at each of its meetings.

Prior to the policy announcement, Abheek Barua, HDFC Bank’s chief economist had said that he does not expect any more rate cuts in 2017. “The stance is likely to remain neutral to hawkish,” he had said.

RBI has raised the growth forecast for India in FY2017-18 to 7.4 percent from 6.7 percent for the fiscal year which just ended. "Looking beyond 2017-18 and assuming a normal monsoon, a congenial global environment, no policy induced structural change and no supply shocks, structural model estimates yield real GVA growth of 8.1 percent in 2018-19,” the bank said in its policy statement.

The stock markets were largely neutral to Thursday’s announcements, but real estate stocks rose in late afternoon trade after the RBI announced that it proposed to allow banks to invest in REITs (real estate investment trusts) and infrastructure investment trusts (InvITs). It is too early to say what kind of impact this move could have and it will be important to see the detailed guidelines which are likely to be announced in May this year, and help revive demand for this sector.

Patel also tried to indicate that the RBI was serious to tackle the banks’ stressed assets situation on a firm footing and create congenial conditions for bank credit to revive and flow to productive sectors of the economy. Again, this will be work-in-progress. With the coming of a new enforcement department and the revised prompt corrective action (PCA) framework for banks, it will help set out guidelines on various fronts including capital and quality of assets.