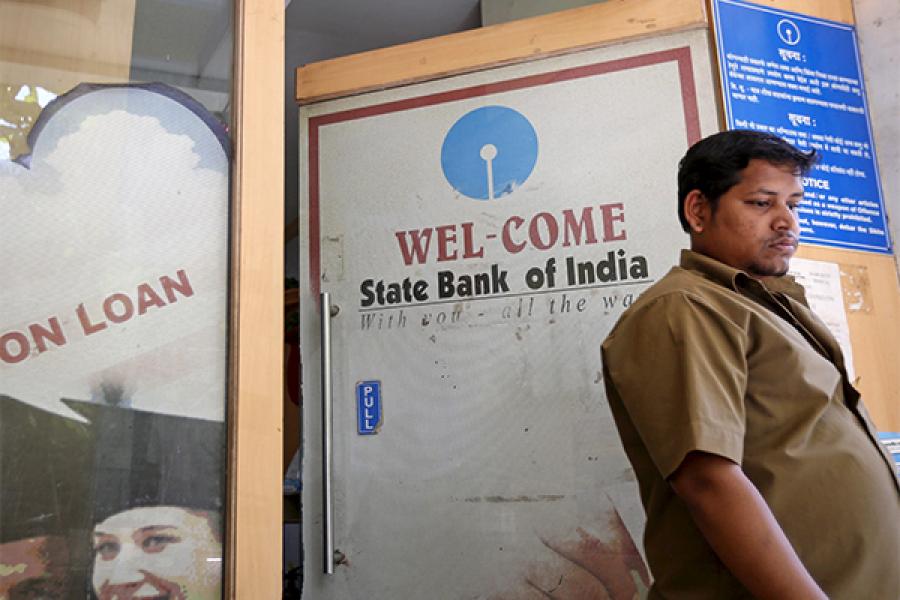 The board of directors of the State Bank of India (SBI) announced on Thursday approval of the merger of five of its associate banks and the Bharatiya Mahila Bank (BMB), with itself. Details of the scheme and swap ratios were disclosed to the stock exchanges.

Subject to final approvals from the Reserve Bank of India (RBI) and the government, the scheme provides for the following:

“The merger will be a full-blown, line-by-line merger,” SBI’s chief financial officer and deputy managing director Anshukla Kant told CNBC TV18 on Thursday. She added that “teams are working on details relating to branch relocations and mergers” as part of the entire exercise.

The merger will make SBI -- already the country’s largest commercial lender by assets and deposits -- even larger. It is one of the largest consolidation exercises by an Indian bank, which will create a behemoth with a balance sheet size of Rs 37 lakh crore, post merger. It would also push SBI into the top 50 banks in the world (by asset size). At present, no Indian bank features in this list.

The move comes at a time when SBI—like several other state-run banks—is struggling to cope with rising bad loans. Its standalone net profit for the three months ended June 30, 2016 declined 32 percent from the year-ago period, due to higher provisioning for bad loans.

The gross NPA ratio as a percentage of total loans rose to 6.9 percent in the June quarter from 6.5 percent a quarter earlier while the net NPA ratio rose to 4.1 percent from 3.8 percent earlier.
There are some very clear long-term benefits from the merger, but it will come with short-term pain. Cost savings will come from common treasury operations and audits. Branch rationalisation will also be a medium- to long-term benefit. But there will be tricky issues which SBI and the government will have to face, relating to integration of manpower, restructuring job profiles and remuneration to staff.

Some analysts Forbes India spoke to earlier, say the merger could be complete in about three years time.

SBI’s associate banks largely operate as independent banks, but considering that SBI already owns between 75 and 100 percent in these five banks, there are inefficiencies and overlap of operations, which could lessen with the merger.

The last merger in the SBI group was a small one: Two branches of the State Bank of India Commercial and International Bank Ltd (SBICI) merged with the parent in 2011. Prior to this, in 2010, was the much larger merger of State Bank of Indore’s 470 branches with SBI. The latest merger involves integrating the role and services of 72,000 people and about 7,000 branches.

Some employee unions of the associate banks in June opposed the merger decision and strikes are planned for July this year. But the rumbling by unions does not diminish the need to merge.

“The merger of SBI and its associate banks is a win-win for both. While the network of SBI would stand to increase, its reach would multiply,” SBI chairman Arundhati Bhattacharya had said in a statement earlier. “One can expect efficiencies to be created from rationalisation of branches, common treasury pooling and proper deployment of a large skilled resource base.” She also said that post merger; the cost-to-income ratio (a company’s cost of operations in relation to its income) will come down by 100 basis points in a year.

The merger process relating to manpower will be trickier, involving integrating different formulas for pension, superannuation and gratuity, into one system.

The true proof of the pudding would be when SBI can truly manage to reduce costs and boost employee efficiency across branches, while expanding digitally.