The Jungle Book: Disney cashes in on nostalgia for India-centric campaign 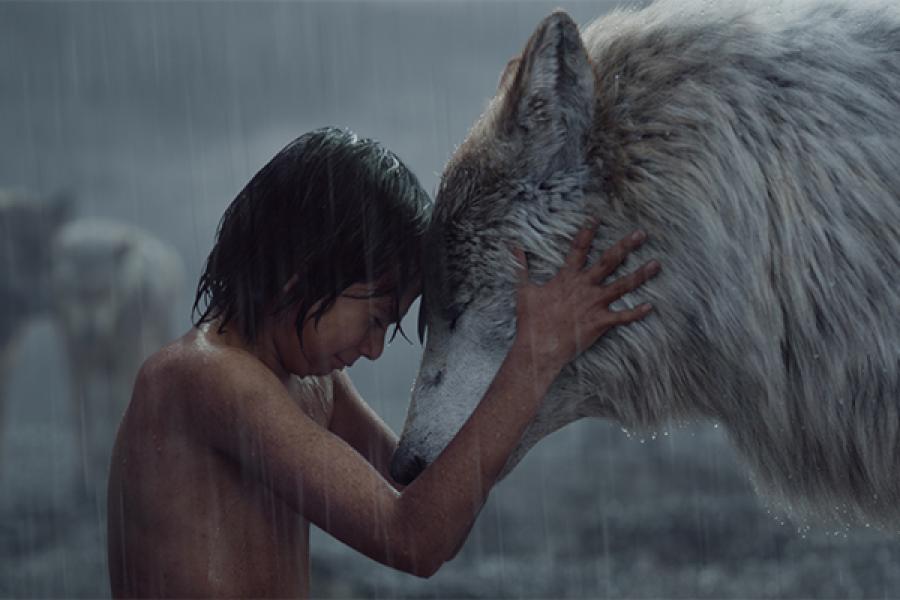 The film is set to release in India on April 8, a week before its release in the US

Rudyard Kipling’s The Jungle Book stands true to the adage, ‘Some stories stay forever’. Apart from creating iconic characters like Mowgli and Shere Khan, it continues to inspire filmmakers worldwide to make films based on its plot.

The latest adaptation is Disney’s upcoming live-action adventure film, The Jungle Book, which is based on Kipling’s stories and Disney’s earlier eponymous adaptation of the book in 1967. Directed by Jon Favreau, the film’s only human character is played by 12-year-old Neel Sethi.

But the Indian connection does not end there.

Acknowledging the Indian roots of the story, for the first time, the film is set to release in India on April 8, a week before its release in the US.

“We wanted to release [the film] first in India in all four languages (English, Hindi, Tamil, Telugu) and not make the Indian audience wait to watch the film, because the film is of Indian origin and has a strong resonance with the audience here,” says Amrita Pandey, vice president–studios, Disney India. Also, April 8 is a lucrative release date, as it is a holiday in many parts in Maharashtra on account of Gudi Padwa. It’s also the time when schools near the beginning of summer vacations.

The film’s release date apart, Disney has adopted a two-pronged marketing approach: One, to cater to the younger generation, and the other to play on the nostalgic value of the story.

Here are five broad steps of their marketing campaign:

Star voices:
The first step was to have an all-star voice cast to dub for the Hindi version of the film, so as to make it a truly Indian film. “We made a wish list with two-three preferences for each character. But we were able to rope in our first preference for all of them,” says Pandey. The Hindi voice cast includes Priyanka Chopra as Kaa, Irrfan as Baloo, Om Puri as Bagheera, Shefali Shah as Raksha and Nana Patekar as the voice of Shere Khan.

Reviving the iconic music:
“When the first trailer was launched last December, there was a huge demand on all our social handles to bring back the song, ‘Jungle jungle baat chali hai’, and we too were considering it,” says Pandey. Disney then reached out to Vishal Bhardwaj and Gulzar, the original composers of the iconic track, to re-record the song. “We were fortunate that they agreed. It has been a great marketing tool to build on the nostalgia of the story,” says Pandey. The lyrics in the second stanza have been modified to make it more contemporary. Also, Vishal Dadlani has sung the Oscar-nominated track ‘Bare Necessities’ in Hindi, which will be released in the theatres.

Mowgli comes home:
The third step was to introduce Mowgli to India. “What can be better than the lead actor coming back to where the author spent a few years of his life,” says Pandey. Sethi was taken to the Dean’s bungalow at JJ School of Art, where Rudyard Kipling spent time growing up,” informs Pandey.

Targeting the communication:
It was important to decide the target audience and medium of communication for each version of the film, says Pandey. “The idea was to appeal to the child in every person, and not just the kids. So our marketing had to be across age-groups and languages,” says Pandey. Disney started advertising the Hindi voice cast of the movie in English newspapers and vice-versa and used a variety of localised creatives. It also included brand associations and tie-ups, with the likes of Uber, BookMyShow, Myntra and ICICI Bank among others.

Content is king:
“A major part of the campaign has been to focus a lot on the content of the film because all of us have different frames of reference. Some have the book, some Disney animation movie, some the TV show (broadcast on Doordarshan in the 1990s), etc.” explains Pandey. She adds that they didn’t have to propagate the content too much because there was already a lot of pull for it.

That also explains why the marketing budget of the film is low. “Budget has been much less that what we would have spent on a small- to mid-budget Hindi film,” she says.

And it is not just Disney. A big-ticket animation film designing a unique campaign for India is slowly becoming the norm. Take for instance the recent Dreamworks and 20th Century Fox release, Kung Fu Panda 3. Apart from the usual brand associations, the film tied up with McDonald’s to create Kung Fu Panda-themed packaging for its Chinese menu products, a selfie booth, a range of Kung Fu Panda toys with every Happy Meal and even Kung Fu Panda-themed uniforms for the staff.

“Encashing on the nostalgic value of classics like The Jungle Book and Kung Fu Panda is something a marketer will always do. But I don’t think old wine in a new glass will cut the ice, unless there is an absolute novelty factor to the movie,” says Manish Bhatt, founder director of ad agency, Scarecrow Communications.

But, going by industry reports, the marketing might just pay off. A 2016 FICCI-KPMG report on the Media and Entertainment Industry states: “The performance of animation movies like Kung Fu Panda, How to Train Your Dragon 2, Rio 2 and Minions indicates that the potential market for animated films in India is yet to be fully realised.”

“Films like The Jungle Book and Kung Fu Panda are aspirational, where life meets fantasy. Besides this, the theatres offer us an audio-visual thrill which we can never get on our home screens. Thus, such films will definitely find place in the marketplace,” says Babita Baruah, senior vice president, J Walter Thompson.

Tweets by @forbes_india
Beyond dosas and idlis: Bengaluru's food secrets
India needs to be entrepreneurship engine for the world: Jayant Sinha