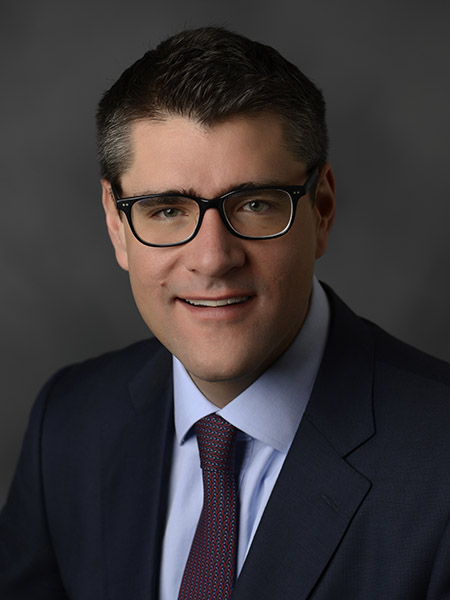 Deutsche Bank’s head of Asia-Pacific equity strategy, William Stephens, believes that concerns over trade wars are overdone. From a regional perspective, he reckons that the upcoming elections in India are the single most political event for emerging market (EM) equities. Stock valuations for India have now returned closer to historical valuation range and India could post among the strongest earnings growth in the region. Edited excerpts from an interview:

Q. How worried are you about trade wars. Do you see an easing of tensions?
The market's concerns over the trade war are overdone. In our view, potential China and global slowdowns were bigger drivers of poor performance in Asian equity markets in 2018. Stock markets aren't always representative of their underlying economies, and this is even truer when it comes to trade. For example, we estimate that the Chinese stock market (MSCI China) has less than 2 percent revenue exposure to the US. In terms of going forward, we are relatively sanguine on the outlook for the trade war. The market seems to be expecting a more positive outcome, especially in recent weeks. In fact, trade war-exposed stocks have outperformed the broader Asian market since December 2018.

Q. Is the worst over for China in terms of an economic slowdown?
While China may be in a longer-term structural slowdown, the authorities still have a significant number of tools at their disposal. Concerns about a China slowdown likely peaked in late 2018 and appear to be improving of late. In fact, we have seen the largest inflows into the Chinese A-share market on record in the first two months of 2019, with overseas investors buying $20 billion of Chinese stocks through the Stock Connect programme.

Our discussions with investors indicate that the market expects a strong and effective stimulus programme to offset any slowdown. While it may not be that simple in practice, we have already seen signs of this with a strong pick up in credit and total social financing in 2019.  We have also seen announcements relating to reducing taxes, which should also be positive for sentiment.

Q. Despite favourable domestic macro conditions, why does India lag in the EM basket?
From a regional perspective, we have been neutral to India. Despite having strong earnings prospects, the market looked expensive relative to its own history as well as the valuation of other regional markets. With valuations having declined back down towards their longer term averages, we are seeing some renewed interest in the market.

That said, international investors remain somewhat cautious ahead of the elections. The elections have historically been significant volatility events for the market and whether we get a strong majority or weaker coalition, the outcome will be a significant determinant of market performance, based on what we have seen around previous elections. The recent pick-up in political tensions with Pakistan has also probably clouded investors’ outlook somewhat.

At the stock level, the recent third quarter results season likely didn't provide much of a positive catalyst: We estimate that Indian companies’ net missed analyst earnings expectations. For EM investors, China's growth slowdown and subsequent stimulus have been a huge focus and this may have taken up a lot of the “air” in the EM space. Many of the worst performing markets of last year, such as China and Korea, have been leading the recent rebound. Indian stocks outperformed on a relative basis for 2018, so there may be an element of performance mean reversion at work. Another headwind could be the upcoming increase of weight for China A-shares in international benchmarks, which will see benchmark portfolios re-allocate out of markets such as Korea and India and into China.

Q. How much will the elections derail the path of India’s equities in 2019?
We view the Indian elections as the most important single political event for EM equities–they have historically had a huge impact on market returns, volatility and relative sector performance. Typically, we see a significant regime shift in volatility, the notable exception to this being the 2014 election. The historical pattern around previous elections has featured a strong run up to the elections, followed by significant divergence depending on the election outcome. On average, the Sensex has delivered nearly 11 percent in the six-month lead-up to the past eight elections. Strong majority results were greeted with 33 percent on average in the six-month window after the event, while low margin results led to only 0.5 percent returns. From a positioning perspective, decisive elections are typically met with a "risk on" stance, while a non-majority scenario is typically associated with a more defensive posture. The upcoming elections are sure to bring international investors’ attention back to India and may act as a catalyst to move the market out of its recent sideways trading range.

Q. When do you expect corporate earnings growth acceleration to kick in for India? Are valuations still stretched?
Historically, Indian valuations have been relatively high given the strong growth outlook for the market. That said, they got up towards the higher end of their historical range in the middle of last year, which may partially account for why India has lagged its Asian peers in recent months. At around 17x earnings, we see the market at the 61st and 80th percentiles of the 5 and 10-year valuation range, so it has now returned closer to historical valuation range. Indian earnings expectations have been relatively robust compared to other markets and we expect it to post among the strongest earnings growth in the region.

Tweets by @forbesindia
Swiggy vs Dunzo: A battle for hyperlocal 2.0
Political strategists: The campaign makers