'Kookaburra isn't in India to force out other players'

Shannon Gill, head of communications for the Australian cricket goods manufacturer, speaks on the company's foray in India and the innovations it is bringing to the game 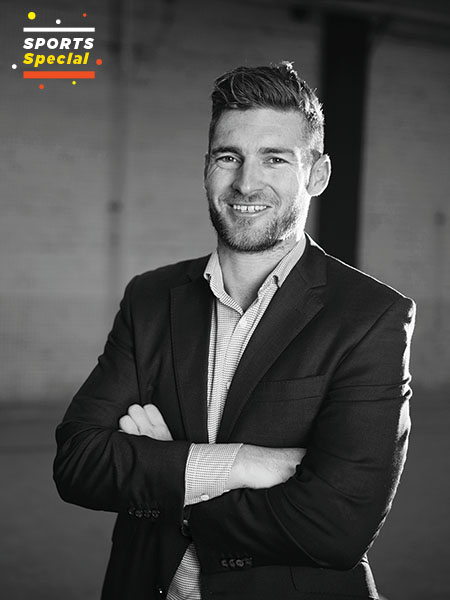 Australian sports good manufacturing company Kookaburra is a household name the world over, producing shorter-format balls for international matches and Test cricket balls for games played in all countries except India, England and the West Indies. The company also produced the pink balls with which the first-ever day-night (D/N) Test was played between Australia and New Zealand in November 2015. Will its India office, set up in late 2014, manage to challenge the primacy of SG? Shannon Gill, Kookaburra’s head of communications, discusses with Forbes India. Edited excerpts:

Q. Why did Kookaburra set up an India office in late 2014 and what strategies are being adopted to take on legacy manufacturers?
This is not necessarily a strategy to take on legacy manufacturers like SG but one to invest in cricket in India. We have a slow and gradual approach there, building up in a sustainable manner. We've gathered much knowledge while making cricket balls in Australia; we now want to invest that knowledge in India. Our target is not to take over the market in the next year or so or force out the players in the market, but being here for the next 20 years.

Besides, India is where so much cricket is being played, and quite a bit of our sales come from. So, it's a way to stay closer to the game and the people who play it. In Australia, we are the main supplier of quality cricket balls to junior competitions and that has actually allowed the game to grow. We sponsor grassroots league in Australia. We hope we can follow that model in India too, to make sure everyone has access to quality cricket balls. We’ve recently signed up Sanju Samson, so it’ll give you an indication of what we want to do in India.

Q. The first pink ball used in international cricket to play a D/N Test in November 2015 was Kookaburra’s. What went into manufacturing that?
We needed a ball that could be seen under the lights, and that didn't contrast with the traditional look of Test cricket. We couldn't use a white ball because of the white clothing for Tests. We also needed a ball that would stay clean for 80 overs, 30 more than one-day cricket. The red ball deteriorates naturally. Under lights, the deterioration of the ball can really hamper its visibility. That’s where 10 years of testing came into play about things like how we put the pink finish, which shade of pink do we use. We had 16 different shades of pink to work out which would shine naturally and be most visible under lights.

Q. How do the multiple stakeholders of the game benefit from Kookaburra’s innovations?
When we made our first pink balls, we felt the same colour of seam as the white ball could be used, which is green. But when we used the green seam on a pink ball for the first D/N Test, the players said they could pick the ball fine but not the seam. They pointed out that the seam becomes visible due to colour contrasts. Taking that into account, we went for a bigger contrast with a black seam instead of green or white.

One of the things that's connected to this is that while producing the pink balls, we also did orange, yellow and other coloured ones. These balls can now be used in twilight hours, allowing a lot of junior cricket to be played around that time. In Australia, playing cricket in the evening or at night brings in spectators, particularly at the grassroots. This is an example of how an innovation for the elite level has had a trickle-down effect and benefited the game at the community level.

Q. What are some of the other innovations you are bringing to cricket?
Some years ago, we put a graphite back on a cricket bat, but that was banned by the International Cricket Council. This is an example of the things we plan to take the game forward, but there is only that much you can do with a bat. In 2017, limits were brought in on the size of the cricket bat. But we still look to work on different shapes and add new elements. We've been in involved in other tech updates too. We are trying to embed chips in the core of balls. It won’t affect how a match is played, nor will it be affected if a batsman hits the ball hard. But it’s still early days about what the chip can do, so you’ve got to stay tuned for that. We are also trying a special ball for T20 cricket because we know the future of cricket means more shorter-format matches. We are also seeing a lot of women play the game; we are trying to create more products that suit them.

Q. Of late, there has been criticism that the red ball goes soft too early and the white has reduced swing. What is being done about it?
We think the biggest factor in a ball's performance is the pitch. There was a period of high-scoring Test matches that was blamed on our ball. The reality was the same ball at the same time was producing far lower scores in some other parts of the world that had a more evenly-balanced pitch.

We also acknowledge that the game has evolved. Once upon a time, bats were smaller, players were not as strong; they didn't hit the ball as hard. We have to focus on how to compensate that but we can't make changes on a whim because that would compromise our integrity: If you want a ball that swings more we could, but that tips the balance of the game. But we would like to keep improving, so if more hardness is what the game wants or needs, we are working on that.

Kookaburra is a good cricket ball for all conditions. The same ball used for Test cricket in Australia is used in South Africa, Sri Lanka, Zimbabwe and the likes. The same with the white ball: It's the one used in the Indian Premier League and ODI cricket. In future, we might have some minor tweaks in the manufacturing process but we've received pretty consistent feedback that we are the No 1 ODI ball in the world. That's a sign that we are on the right track.

Tweets by @forbes_india
Second innings: Why SG is looking beyond cricket
World Cup 2019: Women get an equal say in the commentary box