A global look at the connections between happiness, income, and meaning

Wealthy people may be happier. But a new study finds that money can't buy a sense of purpose 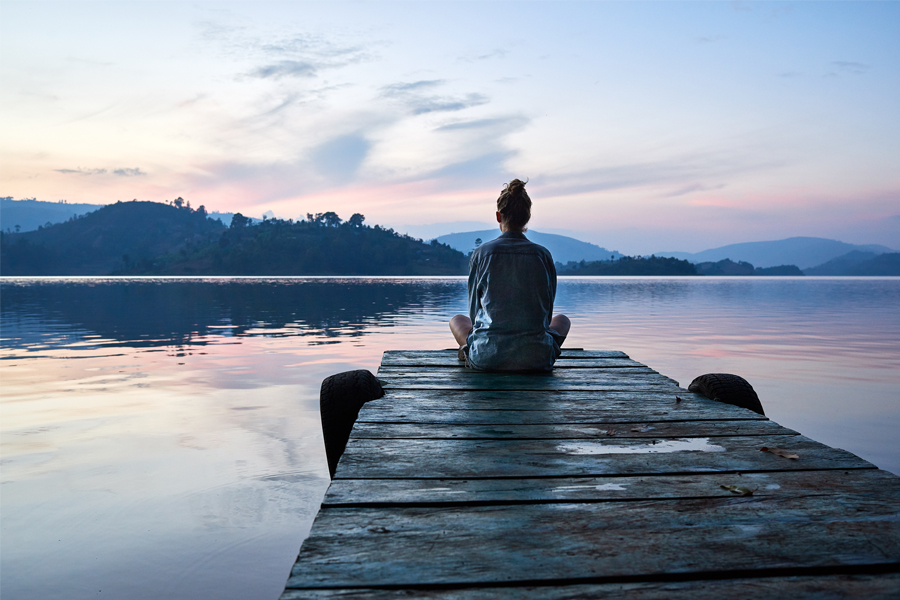 The relationship between happiness and our sense of meaning can change depending on our financial situation. Image: Shutterstock

“Humans think happiness is this one thing: You’re either happy or you’re not,” Jennifer Aaker says. Of course, it’s not so simple: New research conducted by Aaker and her colleagues not only challenges the assumption that happiness is binary but also finds that the relationship between happiness and our sense of meaning can change depending on our financial situation.

“This is particularly interesting because research has shown when people get wealthier, they experience greater happiness,” explains Aaker, a marketing professor at Stanford Graduate School of Business who has extensively studied happiness, meaning, and money. “But this research suggests that the nature of happiness also shifts based on income.”

In a forthcoming study in the journal Emotion, Aaker and her coauthors find that meaning is a stronger predictor of happiness for people with low incomes than those with greater financial resources. In other words, people with more money may be happier, but people with less money view happiness as tied to a sense of meaning — the belief that their life has purpose, value, and direction. And, remarkably, that connection is consistent across much of the world.

The paper, cowritten by Rhia Catapanoopen in new window of the University of Toronto, Jordi Quoidbachopen in new window of Esade Business School, and Cassie Mogilneropen in new window of UCLA, is one of the first to explore how income and wealth affect the relationship between meaning and happiness on a global scale. (Catapano and Mogilner studied with Aaker while receiving their doctorates at Stanford GSB.)

The researchers began by looking at the United States, where they first discovered the correlation between meaning and happiness as income decreases. At first, they wondered if this was particular to Americans or “a fluke,” Aaker says. Yet as the team expanded its study to analyze large-scale datasets spanning more than 500,000 people from 123 countries on six continents, the same patterns emerged.

“The results were almost universally consistent across the United States and much of the world,” Aaker says. “Among low-income people, having a sense of meaning in one’s life is more closely associated with overall happiness.”

The visual representation of the findings — a world map with the countries where the results hold true are shaded — is “striking,” she says: “It’s an interesting pattern to see so robustly across different cultures.” 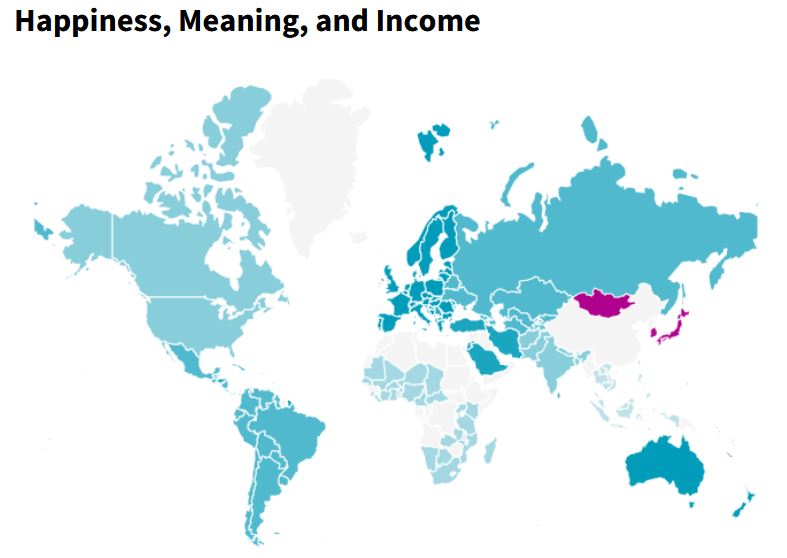 Aaker cautions that these findings should not be used to minimize or dismiss the real disadvantages that low-income people and communities face. Instead, the paper provides additional context for future research and policymaking. “In addition to improving basic conditions for lower-income people, policies should not neglect the importance of meaning” in life, she says.

As income inequality grows and poverty rises worldwide due to the COVID-19 pandemic, Aaker and her coauthors say their research could influence mental health interventions in low-income communities and countries. According to studies cited in their paper, low-income people are twice as likely to suffer from depression as people with higher incomes, and reduced household incomes are associated with an increased risk for incident mood disorders.

Also read: Want to be happier? Spend some money on avoiding household chores

“Whereas mental health treatments in low- and middle-income countries most commonly encourage people to identify their thoughts and feelings, engage in problem-solving and eliciting support, our findings suggest that one additional avenue for such interventions might be rooted in meaning,” they write.

There are important implications for wealthy people as well, Aaker says, pointing to her researchopen in new window showing that having a sense of meaningfulness is associated with longer-lasting well-being than happiness alone. And lacking a sense of meaning is not irreparable: People seeking more meaning in their lives can proactively choose to look beyond themselves and give more to others.
The Meaning of Meaning

Because the studies in the new paper are correlational, the authors cannot say whether meaning causes happiness or vice versa. However, they hypothesize that each plays a role in driving the other. “People who succeed in finding meaning experience both meaning and happiness, but those who can’t find meaning aren’t happy, consistent with other research,” Aaker says.

The researchers propose a few possibilities for why meaning has a stronger correlation with happiness for people with less income. “It’s possible that financial constraints pose such practical and emotional strain that people are compelled to try to make sense of their situation,” Aaker says. She notes other research that has found that “having negative or challenging experiences and then being able to make sense of them is one route to experiencing life as meaningful.”

In the paper, Aaker and her colleagues hypothesize that affluent people have greater access to “external sources of happiness” and so may not rely on an “internally constructed sense of meaning.” As Aaker puts it, “For wealthier individuals, getting them to benefit from the meaning they already have in their lives, but aren’t turning into happiness, may be more effective.”

Aaker and her coauthors also point out that experiences that have been shown to contribute to a sense of meaning — including strong relationships and religion — often don’t cost a thing.

For Aaker, an expert on how meaning and purpose shape people’s choices and how money and time can cultivate long-lasting happiness, the paper is the latest in a series of explorations into well-being. In 2021, she published Humor, Seriously: Why Humor Is A Secret Weapon in Business and Life with Stanford GSB lecturer Naomi Bagdonas, with whom she also teaches a Stanford GSB class on the topic.