VCs are akin to modern-day Maharajahs, destiny's chosen children, who throw vast sums of money behind ideas and teams to create contemporary magic. Sebastian Mallaby's The Power Law is a virtuoso account of the VC world and its key tenets 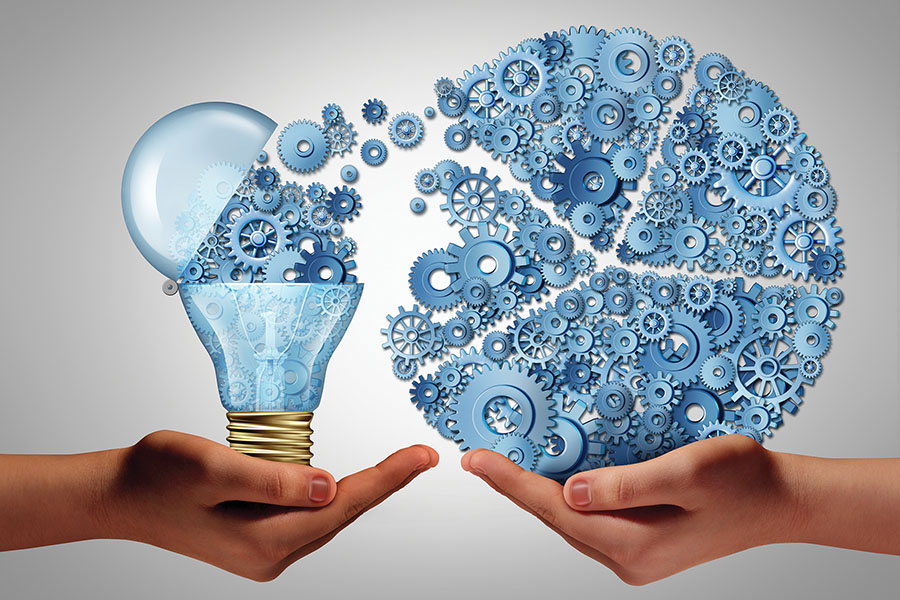 VCs work on a simple principle of backing seemingly implausible ideas where a single outperforming investment will make up for the entire fund Image: Shutterstock

Growing up, we all learnt that most things in life, if not all, follow the Gaussian Bell curve distribution. A Gaussian world, where most fall around an average, appears to be much more probable, unbiased, expectable, and visually symmetrical. Most of our knowledge and education is still based on “normal” distributions and quantum thinking is still relatively alien to us.

The Power Law (Allen Lane, 2022), a definite Pulitzer for the master storyteller Sebastian Mallaby, is a virtuoso account of the world of venture capital (VC) and its key tenets. How through their power of unreasonableness and cleverness, they first pick winners among a crowded market of ideas and talent, and then shape with them winner-takes-all solutions for tough problems facing our planet. For example, risk capital is trying to find solutions for ageing, cancer, inhabiting a new planet should something happen to this one we live on, point to point supersonic travel via outer space (just imagine sending unlimited human and other payload from Sydney to Bengaluru, in a few hours for the cost of a first-class plane ticket), and it even gave us the Covid vaccine. Each of these would go where human ingenuity has never gone before, create blue sky markets and bring about quantum changes to our lives. The book looks at several interesting issues confronting VCs and starts with the premise that VCs have achieved this disproportionate impact because they combine the strengths of the corporation with the strengths of the market.

VCs work on a simple principle of backing seemingly implausible ideas where a single outperforming investment will make up for the entire fund. For context, India in 2021 received $77 billion of venture and private equity funds (and saw $43 billion in exits), and produced 44 unicorns, all epoch-making numbers. VCs are akin to modern-day Maharajahs, destiny’s chosen children, who throw vast sums of money behind ideas and teams to create contemporary magic. Though they fund less than 1 percent of US firms (and probably similar numbers globally), yet they produce a disproportionate number of IPOs, innovation, market value, and unprecedented wealth, according to a 25-year study by Josh Lerner, Harvard Business School’s undisputed guru (along with William Sahlman) of this world. However, some key issues that bedevil this world are worth digging deep into.

First, the often-asked question, ‘Did VCs create success or did they merely show up for it?’ is a fascinating one with strong views on both sides. The only answer I can give is if a lock breaks upon 20 hits of the hammer, while the 20th hit may actually break it, the previous 19 do count too. VCs’ skill in deal selection, mentoring and monitoring founders, channelling capital and forging partnerships using their rich rolodexes are powerful reasons why they are wooed by founders and their success, in turn, attracts more founders and pitchbooks to their brand.

Second, one of the serious issues facing funds in emerging markets, including India, is that many—not all—investors enter into unsavoury agreements with unscrupulous entrepreneurs via what is called side payments or ‘Day Zero Carry’. As mentioned above, VCs work on the simple-yet-puissant principle that a single blockbuster is worth more than all the other investments in the fund. Unscrupulous VCs and promoters ensure that while the many failing investments may not be worthwhile for the fund, why not make them worthwhile for themselves? Perfect due diligence books are cooked up with the help of top consulting firms, even key clauses and valuation numbers are tampered with for the right price, all to enrich themselves at the expense of the fund and their limited partners. Such greed, where this is already so much legitimate wealth, is inexplicable. This has now begun to receive attention inside the government at the highest levels with enforcement agencies watching many funds and founders.

Third, funds like DST Global and SoftBank have, by infusing large amount of capital at later stages in a company’s life cycle, have delayed its going public, thereby diluting the discipline that a public market enforces. The book, through the supreme examples of the taming of Uber and WeWork, illustrates this brilliantly. As to how by giving disproportionate (to ownership)  voting rights to star founders, VCs virtually handcuff themselves and gloss over gross negligence, all to get huge additional capital, by exploiting weak corporate governance principles and lesser oversight.

Last, on the question of how best to promote better VCs, tax breaks work better than subsidies. VCs should not be allowed to play poker with government funds, for that kind of subsidies encourage sloppy bets, and losses are borne by taxpayers. In contrast, tax breaks achieve the same goal of reducing the cost of capital for startups, through better incentives. Investors must reach into their own pockets for every dollar initially wagered: Then they have reason to incur risk thoughtfully. Tax breaks ensure that if the bets go well, VCs will keep more of the upside. This reinforces VC incentives to make the smartest possible investments and go the extra mile to help portfolio companies.


Mallaby also not just chronicles the unrivalled rise of the VC world but also takes us on an enthralling journey of both the highs and lows of both funds and its individuals, many of whom have turned out to be superstars, such as Michael Moritz, John Doerr, Bill Gurley, Vinod Khosla, Chase Coleman III, Scott Shleifer, Yuri Milner and the unconventional but super-aggressive Masa Son who rewrote the rules of the book. (If Chase or Scott, who are known to write million-dollar cheques at the end of one phone call, choose to contest elections from South Bengaluru, the hub of India’s Silicon Valley, they could well stand a good chance to win, for such is their popularity here). Mallaby describes KPCB’s spectacular fall from the very top, coincided with their recurrent inane bets on cleantech way ahead of time, thanks to the force of the personality of Doerr who often got what he wanted. This was strange for KPCB, which preaching Moore and Metcalfe’s Laws to everyone, rocketed to the top during the Internet Economy 1.0 but didn’t follow those very laws when it came to its reckless cleantech surge. How Tiger’s “this of the that” of investing in proven business models across different markets, and how Accel’s “prepared mind” method and the “90 percent rule” helped them conquer all. He argues “blitzscaling”, using investor money to sell below cost to capture a market, are antidotes to strong regulations and incumbent power.

While Mallaby describes one of the problems of the VC world as “too white, too male, too Harvard/Stanford”, even a cursory glance around the block shows that this isn’t completely accurate and that some of the sharpest, smartest minds from the Indian subcontinent leading the takeover of some of the most revered funds’ global leadership is well and truly underway. This includes the dynamic Mamoon Hamid (leading KPCB into its 50th year), Arif Janmohamed (the fastest rising partner at Lightspeed from Kutch, Gujarat), Deven Parekh (Insight), Asheem Chandna (Greylock), Hemant Taneja and Deep Nishar (General Catalyst), Mukul Chawla (KKR Growth), Dharmesh Thakker (Battery Ventures), Tarim Wasim (Hellman & Friedman), Anand Rajaraman/Venky Harinarayan (Rocketship), Chetan Puttagunta (Benchmark), Sameer Gandhi (Accel), and Rajeev Misra (SoftBank) to name just a few.

The future world where competition between the US, China and India would be a competition on the artificial intelligence (AI) and other exponential technologies’ battlefield makes the role of VCs and risk capital paramount and critical. Just one VC-funded startup, SenseTime in China, has 3x more AI talent than at China’s National University of Defence Technology. I was privy to seeing a demo of facial recognition technology by Yitu—another VC-backed startup which is so good that it was blocked by Donald Trump—and it was mind blowing. Mallaby’s brilliant vision tells us the greatest story ever told, through the greatest starcast ever assembled—
a la Sholay.

Tweets by @forbesindia
Photo Of The Day: The return of Olive Ridley turtles
Get clear with crypto with CoinDCX