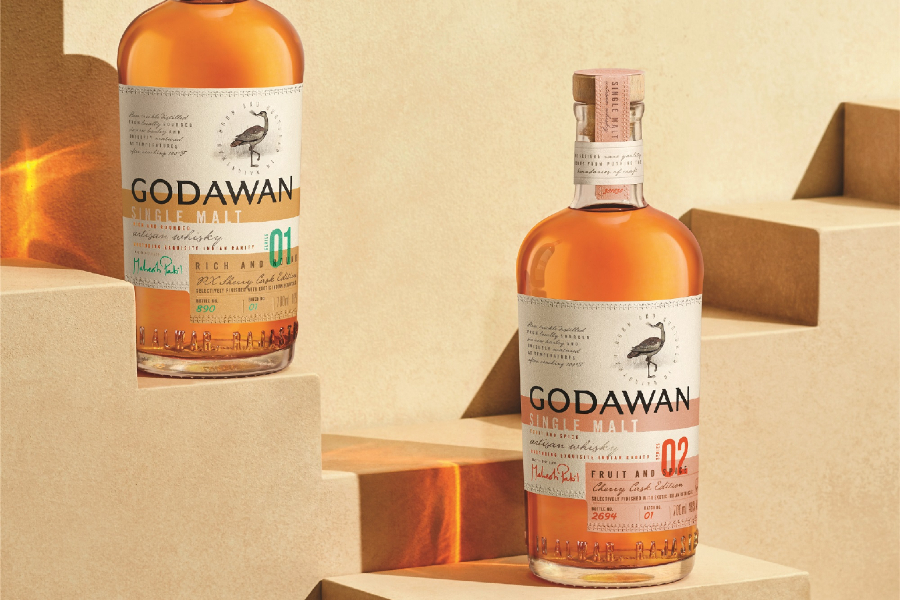 Promotional campaigns for Godawan will be about building advocates, evangelists and supporters for the cause, according to Diageo India

Godawan, the great Indian bustard once found all over India, is now nearing extinction and finds its last refuge in Rajasthan, and in Diageo India, which is creating a new range of artisanal Indian single malt whiskey dedicated to the ‘the spirit of the desert’. With Godawan, Diageo India wants to redefine the way Indian single malts are perceived globally.

Deepika Warrier, Chief Marketing Officer, Diageo India, and Vikram Damodaran, Chief Innovation Officer at Diageo India, tell Storyboard18 that while whiskey connoisseurs continue to look globally for the best trends, they are also increasingly becoming very confident and looking for ‘Indian exceptionalism’ in the drinks of their choice.

The Indian exceptionalism story and Godawan

“The industry is seeing growth both in IMFL (Indian made foreign liquor) and imported whiskies, with a trend towards premiumisation and growth in the premium end. In the premium single malts segment, we have seen Indian spirits showing a blistering growth, and these are now almost half of the imported single malts,” Warrier says. She expects the Indian single malts segment to overtake global single malts over the next few years, particularly with the entry of players such as Diageo.

Hence, according to Warrier, now is the best time to reshape portfolios and offer premiumisation in the category.

As per a report by market research and business intelligence company EMR, the Indian whiskey market reached a volume of 1.35 billion litres in 2020. In the forecast period of 2022-2027, the market is expected to grow at a CAGR of 17 percent to reach 2.82 billion litres by 2026.

“We cater to the modern affluent Indians who are looking for indulgences and bespoke experiences. And what's fascinating is, even during the pandemic, the segment was growing. While 2020 was a jolt in terms of growth across industries, alco-bev was very resilient. At the top end, we actually saw blistering growth and therefore what better time than now to launch Godawan,” says Warrier.

According to her, alco-bev is no longer associated with just formal and celebratory social settings but identified as a category that is a part of informal and everyday socialising. And Godawan is an offering from Diageo India to cater to these new trends in the post-pandemic market.

Alongside satisfying these new trends, Godawan is also driven by a cause, Diageo India claims.

Godawan, according to Damodaran, is proof that India is the next emerging destination for quality single malts as well as artisanal craft spirits.

“Each bottle of Godawan can be traced back to a cluster of barley farms in Rajasthan, ensuring transparency and authenticity of the product... The whisky is not just a testament to the region’s craftsmanship and ingenuity, but also a commitment to sustainability and preservation of the land it comes from, and it begins with the Great Indian Bustard,” he says.

The brand is also working towards giving back to the state that inspired them to come up with Godawan. From creating community rehabilitation for local skilled workers to investing in the conservation of the Great Indian Bustard itself. For every bottle of the single malt whiskey sold, there's a part of the sales proceeds that goes back into the conservation of the bird.

The Indian single malt from Diageo India saw a mid-March launch in Rajasthan and will soon be launched in Delhi, followed by a UAE launch in the next one month. This would be followed by a series of international launches, with the US, UK, Australia, and New Zealand being some of the first few markets where Godawan will hit the shelves.

Interestingly, there have been no campaigns designed specifically to promote the drink.

Warrier says for premium products like Godawan the marketing codes are different.

“It's really about advocacy. It is about building a network of evangelists and ambassadors who experience it and then talk about it. Even in terms of availability, it will be restricted to top-end outlets and personal selling,” she says.

According to Damodaran, this is the year of advocacy for Godawan.

“This is not the year of volumes nor is it the year of sales. This year is truly about building advocates, evangelists and supporters for the cause that Godawan is made for and that essentially is going to be our focus. So our launch and our entire marketing campaign, so to speak, is built around building credibility for not just the product but the entire proposition,” he says.

Strategic changes in marketing alco-bev during the pandemic

Warrier says their mission is to be a top-performing consumer products company in India, delivering sustained double-digit profitable top-line growth and long-term value to all their stakeholders.

“We will deliver our mission through three pillars that form the essence of our strategy: A re-shape of our portfolio while delivering our guidance of mid to high teens margin, creating an organisation of the future, and defining and executing an ambitious role for Diageo in society,” she says.

Warrier also elaborates on the evolution of phygital. The physical plus digital convergence is one of the biggest emerging trends that has come out of the pandemic, she said.

“We will be carving out budgets to ensure that we can communicate our propositions across segments to consumers and it is going to be 100 percent digital. This would allow us to be really effective in terms of targeting without intruding on privacy and, of course, complete compliance with the laws of the land. The on-ground experiences that would be created would also be amplified digitally,” says Warrier.

Adding a niche to offerings

The luxury market thrives on the niche they create for themselves. Diageo too works on the same lines to offer more than the product they sell. Setting up a crafts council is one such initiative. It has been four months since they built the council. It currently consists of Chef Manu Chandra and Designer Aparna Karkania.

“The intent is to co-create with craftspeople who are leaders in their domain and produce experiences that not just epitomise the product itself, but the community of artisans and the authenticity of craft that has gone into the making of the experience,” says Damodaran.

Then there is also the track and trace initiative where every bottle of Godawan is entirely traceable back to its ingredients, packaging material, the liquid and even the water that has been used. All of this is available to the consumers through a QR code on the bottle.

Tweets by @forbesindia
Get clear with crypto with CoinDCX
How much do campaign ads matter?