Storyboard18 - Why is biryani getting branded all over the country?

Biryani brings to the plate value, convenience and a satisfying experience at the same time. Companies have just scratched the surface of marketing the nuances of biryani, which is an emotion in India 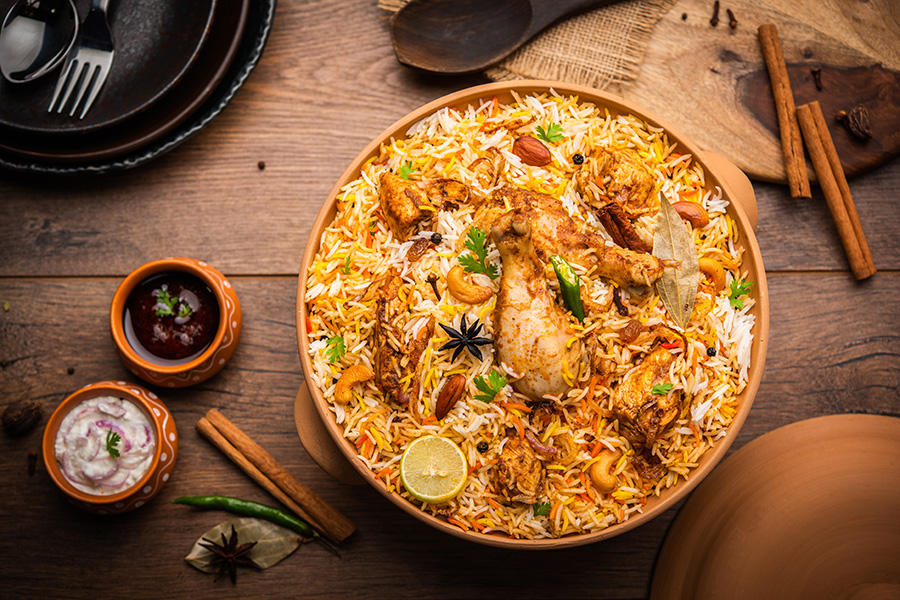 As per industry sources, the biryani market in India is estimated to be approximately Rs 1,500 crore in the organised sector and Rs 15,000 crore in the unorganised market; Image: Shutterstock

There are various accounts of the origins of biryani. Some food historians say biryani landed on the Indian coast in the 13th century as an import from West Asia, more specifically Persia. Others believe it was an invention during the Mughal rule of India. Food experts like to give the Mughals credit for popularising biryani in the country. From the Nawabs of Oudh (Awadh) in Lucknow to the Nizams of Hyderabad, polished the way biryani was regionalised, much like the marketers of modern times who are attempting to reimagine how this iconic dish with many variations is made and consumed.

Its provenance aside, as time passed and India’s rulers changed, the rice dish also evolved with shifting regimes, preferences and fashion, adding new layers to the biryani which slowly became more than a dish. Today biryani is an emotion.   Over centuries, biryani has been blossoming with regional variation. For instance, traditionally long-grain brown rice was used to make biryani, and as the popularity of scented basmati rice went up, it got the label of ‘biryani rice’ in many parts of the country. Today, basmati rice is most commonly used in Indian households to make biryani. In southern India, local varieties of rice like kaima or jeerige sanna have been adding new dimensions to the biryanis. Flavour enhancers like rosewater, ittar, kewra water, and saffron also started adding uniqueness to the experience of eating biryani. While potatoes in biryani remain a matter of great contention among biryani lovers in modern times, Bengalis take immense pride in their biryani with potato, a version which originated in the times of Wajid Ali Shah, the Nawab of Awadh, who was exiled to Bengal by the British around 1858. Equally contentious is the matter of veg biryani. But that’s another story. It is important to at least briefly revisit the history of biryani while talking about how it has always evolved with time and cultures, and why it has remained a favourite for all occasions and not just celebrations. Indians love their biryani and here are some data points to prove it. According to food delivery app Swiggy's 2021 report, chicken biryani was the most ordered dish this year and for the last six years. The report further stated 115 biryanis are ordered per minute on the app. Over 4.25 lakh new users’ first order on Swiggy was a chicken biryani. Zomato had similar findings. The company said, two biryanis are ordered every two seconds on its app. As per industry sources, the biryani market in India is estimated to be approximately Rs 1,500 crore in the organised sector and Rs 15,000 crore in the unorganised market.

Companies like Jubilant FoodWorks, Rebel Foods, Biryani by Kilo, Biryani Blues, Ghost Kitchens, Cross-Border Kitchens, among several others are marketing the ancient dish to a diverse market that takes a lot of pride in its food culture. Celebrity chef, entrepreneur, and television personality, Sanjeev Kapoor, tells Storyboard18, the rise of these brands is noticeable today because biryani is a product with a high-profit margin. From a consumer point of view too, biryani brings in value and ‘foodful’ experience at the same time on the plate, he adds. Ruchira Jain, founder of Elevate Insights and former VP, consumer insights, Swiggy, has similar views. According to her, biryani’s appeal rides on the consumer energy of “tradition made convenient.” She further adds, “It appeals to the urban millennials for its convenience and universal love. It makes for a perfect choice for social gatherings with its universal appeal. With the ready-to-serve handi it’s probably the only Indian food that compares to ease of serving and sharing akin to western foods like pizzas.”

The standardisation of the all-purpose biryani

Raymond Andrews, the founder of Biryani Blues, observes that these days biryani is not always a celebratory-led purchase. In Tier I and II cities, the company is noticing orders going out to homes post working hours, especially during weekdays. “Value for money meals and combos have taken greater importance as our category provides for a complete, wholesome meal for lunch and/or dinner,” he adds. With flavour and taste profiles changing every 100 km in the country, Biryani Blues is building “a product that appeals universally to most consumers,” adds Andrews. Biryani Blues that’s currently available in NCR, Jaipur, Chandigarh, and Bangalore, is planning to up its marketing game in 2022. Andrews indicates the brand’s marketing monies will go across above-the-line and below-the-line activities, and influencer marketing will take the centre stage. Unicorn startup Rebel Foods, owners of brands like Faasos, Behrouz Biryani and Oven Story Pizza, has invested in Biryani Blues. In fact, Behrouz Biryani, was one of the first players that started an advertising spree in 2018 and has invested heavily in advertising since. According to media reports, the Behrouz Biryani brand brings in Rs 16-17 crore worth of business per month to Rebel Foods.

Chef Kapoor believes that there is enough room for experimentation when it comes to further branding biryani. While most biryani brands are trying to unify the experience, they haven’t scratched the surface of marketing the nuances of biryani, he opines. Kapoor foresees a niche segment of biryani hitting the market in the next couple of years. “I think your product is your best marketing tool. Food brands like the ones catering to biryani need to focus on this. You can’t have a big advertising splash for an average product experience,” he says. Chef Kapoor’s new KitFresh Meal brand targets consumers who love the experience of making biryani at home but have little prep time in hand. KitFresh Meal, which has biryani meal kits in its portfolio, is set for a national roll out in 2022. From a marketing lens too, there is a lot that brands can explore. Jain, who has worked closely with QSR major Jubilant Foodworks’ biryani Ekdum is of the opinion that, “there is a rich emotional territory in the world of biryani waiting to be appropriated by brands.” While marketing, especially to the modern consumers, these brands need to “carve out some distinct spaces that not only leverage the traditional codes of an authentic experience,” she concludes. All over India, biryani has been customised in keeping with regions’ traditions, tastes, preferences and needs. While these biryanis may be different, one thing’s for sure – it evokes strong emotions in people. Potato and no-potato, veg and non-veg factions aside, Indians love biryani and biryani unites India.

Tweets by @forbesindia
Was Christmas 2021 a turning point for the metaverse?
SUV sales soar worldwide, half of them are electric