If used for short rides, it could also reduce pollution and traffic congestion 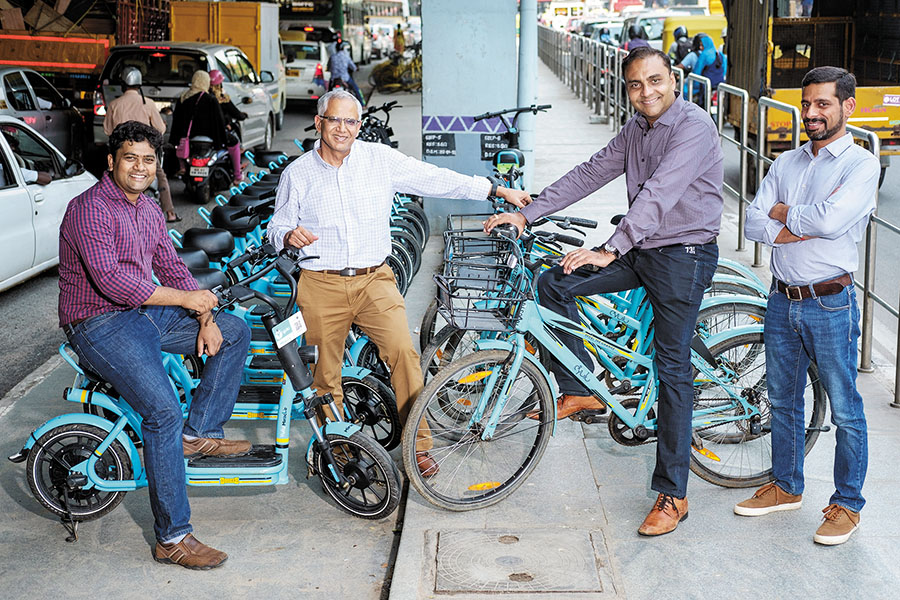 Micro mobility is the fancy new phrase for the short hops that people make every day. A clutch of startups is looking to cash in on the trend and bring to India modern first- and last-mile commute solutions, while marrying it with the quest for cleaner cities.

Bengaluru-based ventures such as Bounce and Yulu Bikes are trying out models to offer ride-sharing on two-wheelers as well as a sustainable alternative to private transport. With their focus on electric scooters as the vehicle for the future, they could solve one of the biggest sore points of an urban life—pollution. Vogo Automotive in Bengaluru and Gurugram’s Mobycy are some of the other startups working in this sector.

The viability of Indian bike-sharing startups can be gauged from the fact that they raised around $138 million in funding in 2018, compared with $2 million in 2016, say media reports, citing data from Tracxn. “We believe that mobility is really broken in India, and there’s a smarter way of fixing it,” says HR Vivekananda, co-founder and CEO of Bounce. “What we are enabling is pickup-anywhere, drop-anywhere… we call it ‘your bike, everywhere’.”

For now, Bounce, mostly offers petrol-driven scooters, but Vivekananda foresees their electric scooter fleet to grow significantly. At present, the Bengaluru venture, started in 2017, has about 4,600 petrol scooters and some 350 e-scooters.

A Bounce ride costs ₹6.50 per km and if two people are sharing a ride, the cost per person becomes comparable to that of mass public transport, Vivekananda says. Bounce is also trying to make its scooters popular by making them “dock-less”. This means users can pick up or leave the scooters anywhere as long it’s a legal parking area.

One company that has started straightaway with electric scooters is Yulu Bikes. Yulu was also founded in 2017 as a bicycles-on-demand venture. This February, it launched a compact e-scooter that takes only one rider. The trade-off is in the overall user experience for the customer—from convenience to comfort and aesthetics. Also, at a top speed of 25 km per hour, it doesn’t require a driving licence under Indian motor rules, Amit Gupta, co-founder and CEO, said.

“I decided on traffic congestion and air quality as the two problems I would try to solve,” says Gupta. Second, “mobility cuts across every income group and every class of society,” and this social impact was an important goal for him.

Gupta adds that he wanted to solve the dilemma of short-distance trips which accounts for two-thirds of trips, in any big city. The problem is global, and multiple ventures have sprouted in several countries to address it, such as Lime and Bird in America and Ofo in China; but the solution for India has to be truly local, he says. 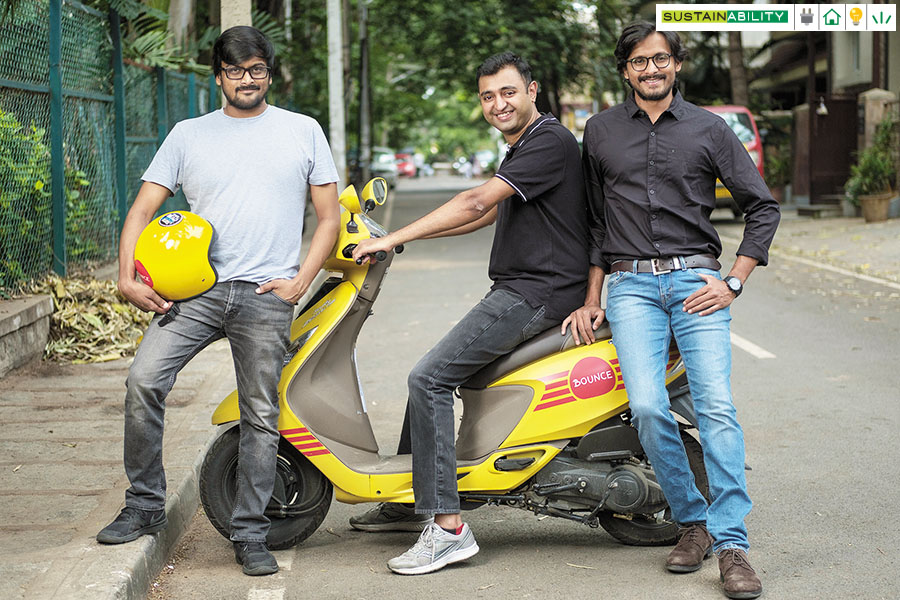 Even questions of aesthetics, and how comfortable a scooter is, will come into play. Yulu’s scooter weighs only 43 kg and a 5-ft tall rider can have her feet planted on the ground when seated, Gupta says. This feature was incorporated to help Indian women manoeuvre the vehicle easily.

For now, the scooters are available in three locations in Bengaluru. By the end of this year, Gupta expects to have as many as 40,000 to 50,000 two-wheelers across three or four cities including Pune and Mumbai. Yulu has raised $7 million, mostly in equity funding, and will likely raise loans to increase its fleet. At present, it has about 9,000 bicycles and about 3,000 scooters, of which close to 800 have been deployed in the three locations.

One exciting prospect for Yulu is a potential investment from Uber, although that may be some time away. For now, Uber and Yulu have agreed to partner in running a pilot programme through which Uber is promoting Yulu’s services to its users via notifications, and offering free scooter rides.
Bounce sees 600,000-odd rides every month. “The response has been great and we believe this is one of the most scalable ways of solving mobility in India,” says Vivekananda. Not just in the large metros, but also in smaller cities and towns, where both public transport and private vehicle ownership is lower.

Only 18 percent of India owns any form of vehicle, most of these are two-wheelers. The rest of the country depends on public transport, covering the shorter legs either by walking or hitching rides. It makes bike-sharing an attractive proposition, with a potential that is higher than cab-hailing, because bicycles and scooters are much more affordable, says Ujjwal Chaudhry, associate director at Redseer Consulting in Bengaluru.

While electric scooters have the larger narrative around them of being environment-friendly, the success of the ventures will boil down to unit economics and which is more viable—electric or petrol. Both Gupta and Vivekananda are convinced the future belongs to electric and investments made today in building the ecosystem will be worth it.

“The challenge electrics face is that of infrastructure and credit to the entrepreneurs who are attempting to build it,” Chaudhry says. Besides problems such as air pollution, the entrepreneurs also need to thrash out daily-use issues like how to swap batteries efficiently. Then there is the problem of theft, from the helmet—which Bounce provides, for instance—to fuel to that of the vehicle itself. “As the barriers come down, growth will become exponential.”

Tweets by @forbesindia
How Imran Amed became one of the sharpest voices in fashion
Cyclone Vayu: How India's fishing hub, Veraval, coped with a possible disaster