Behind the multiple exits at Star India

Disney is dispensing with Star India's old ways of doing business and building it anew. But will it work? 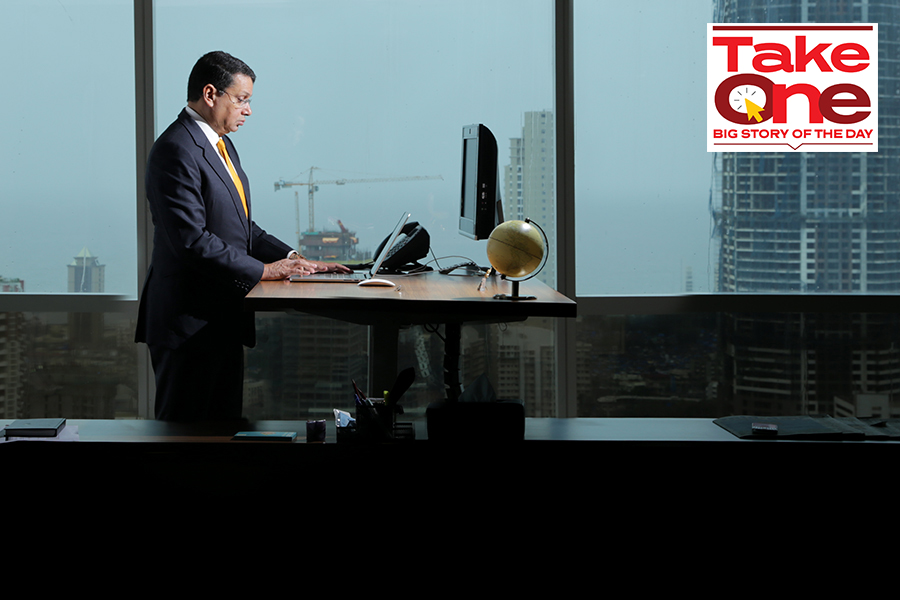 The news of Uday Shankar's exit didn't come as much of a shock, since the DNA of Star and Disney are so different. Image: Joshua Navalkar

That Disney appointed a 21st Century Fox executive to head its Asia Pacific operations months before the takeover was complete in March 2019, rather than the Disney India head at the time, is testimony to Uday Shankar’s enormous clout. As part of the $71.3 billion dollar deal, Disney added the Rupert Murdoch-owned Fox’s television and movie studios—responsible for hits like Avatar and Deadpool—stakes in Hulu and pan-European media group Sky, as well as Star India’s television and rapidly growing streaming service Hotstar, which Shankar built from ground up.  A reporter with a news daily, Shankar shifted to broadcast media at a rival organisation before taking the top job at Star India in 2007. At the time, Star India was a minnow. Its channel portfolio was limited, it had a small presence in regional languages and slipped from its leadership position in the Hindi general entertainment category (GEC) to rivals Zee and Sony. Revenues at the time were about Rs 2,000 crore. Today, Star India is a broadcasting behemoth—a front runner in general entertainment with a presence in almost every Indian language; a dominant sports broadcaster with a 65 percent share of sports viewership in the country; and leader in the OTT space with Hotstar claiming 300 million monthly active users. Revenues in March 2019 were Rs 12,341 crore, up 35 percent the previous fiscal. The growth came at a cost though, with Star India notching up losses of Rs 1,261 crore, as against a profit of Rs 287 crore in March 2018. “He’s taken the company to a whole new level,” says one broadcast media industry insider, requesting anonymity.   Yet, news of his resignation on October 8 didn’t come as much of a shock. “I’m surprised Uday stuck on so long after the acquisition. I thought he would leave much sooner because the DNA of Disney and Star is so different,” adds the insider. While Star India has a quick-footed, entrepreneurial culture, Disney has a more process-driven, risk averse style. The cultures were bound to clash. Says one former senior executive, “The Murdochs gave Uday a free hand in decision making, whereas with Disney every decision has to be run through Burbank [Disney’s headquarters in California].” Four days after Shankar’s exit, Gautam Thakar, CEO of Star Sports, announced his resignation, as did three others—Rajiv Mathrani, Ashok Namudri and Rupali Fernandes— who held the positions of executive vice presidents. The exits are part of an ongoing exodus at Star that has seen several top-level management leave over the past year or so. Amit Chopra, head of ad sales and Gayatri Yadav, president of consumer strategy and innovation, quit in mid-2019. Sanjay Gupta, Star and Disney India managing director left in November 2019. Earlier this year, Shikha Kapur, business head and chief marketing officer at Fox Star Studios, left, followed by Fox Star Studios’ CEO Vijay Singh. “The entire corporate floor has been emptied and many more exits will follow,” says the senior executive, portentously.   According to him, Fox Star Studios, the movie production and distribution subsidiary of Star India, will also be shut soon. “Besides the leaders who have already left, around 40 employees have been asked to resign,” he says.  Star India did not respond to a questionnaire seeking comment on the change of guard and plans ahead. But cultural differences aside, a number of other factors are responsible for the exits, according to former executives and industry insiders Forbes India spoke with.

“Disney is more focused on the balance sheet. All decisions are bottom-line driven,” says a second senior executive who also spoke on the condition of anonymity. That, he says, has amplified since the onset of the coronavirus crisis which has hammered through the media and entertainment industries. Disney, in particular, has been hit hard. Its parks and cruises businesses that drive 40-45 percent of overall revenues, are still shut. The parks that have re-opened haven’t seen footfalls return to pre-pandemic levels. Its movies business—the third largest in terms of revenue—has also fumbled because of the closure of theatres. “Cost-cutting is the only option in these times,” he says.  Unsurprisingly, in an October 12 announcement, Disney’s chief executive Bob Chapek laid out a restructuring plan that prioritised Disney’s streaming platforms, including Disney+ and Hulu. Its programming arms, especially movie and television studios, would feed the streaming services and not just their respective divisions. He noted a “seismic shift” in the marketplace, owing to changing consumer tastes and so the focus is now on “what platform is best to meet those consumer needs”. As part of the new alignment, Rebecca Campbell, who was brought in to oversee Disney+ last May, will also head international operations for which she will report directly to Chapek. Whereas at the time of the takeover, it had been announced that Shankar, Campbell and Diego Lerner would lead three distinct regions—Asia Pacific, EMEA and Latin America respectively and report to Kevin Mayer, chairman of Disney’s direct-to-consumer and international segment. Shankar even took centre stage at Disney’s investor day conference in Burbank in April 2019, to speak about Star and Disney India’s booming business that piggybacked on India’s upwardly mobile demographic and cheap data revolution.   “It’s possible that the restructuring was a factor in Shankar’s decision to move on. Previously, he used to report directly to the Murdochs, with Disney there are many more layers,” says the industry insider quoted above.

Some, on the other hand, believe Shankar’s aggressive sporting bets, especially cricketing ones (see graph), didn’t go down well with the new management. “Disney sees sport as sport, whereas Star India saw sport as entertainment,” says one former executive. “Uday paid Rs 16,000 crore for the IPL rights for five years, whereas Sony [the previous media rights owner] paid Rs 8,000 crore for 10 years. So, he basically doubled the price and halved the tenure. That’s how aggressive Uday was.” However, according to Nitin Khanna, founding partner of Sportoid, a Gurgaon-based sports management firm, “Cricket is that 800-pound gorilla sitting in one corner. It’s too big for any broadcaster to ignore. You cease to be a meaningful broadcaster if you don’t have cricket in your kitty. So it’s unlikely that they will pull out of it once the contractual obligations end.” Barring cricket and also kabaddi that has seen tremendous traction, investments in the other sporting properties including football and badminton, will likely be reviewed, believes Khanna. A former executive concurs. “If you look at, say, the Formula 1: The cost per season is Rs 80 crore to Rs 90 crore, but we don’t make even Rs 1 crore to Rs 1.5 crore in advertising from it,” he says. Ditto with the English Premier League, which costs about Rs 200 crore per season and sees a mere fraction of that in ad revenues.  Shankar’s aggressive stance was also seen in his running of Hotstar, now rebranded to Disney+ Hotstar. Under his leadership, Star India was one of the first broadcasters to venture into streaming in the country. He launched it as a free, ad-supported platform with subscriptions for premium content in 2015, when most dismissed India as a data-dark market. But Shankar anticipated impending shifts. He built a mobile-friendly platform, put all of Star India’s television content on Hotstar almost simultaneously with its linear airing, and built it for scale. As of May 2020, Hotstar boasted 300 million monthly active users, making it one of the largest video platforms in the world.  But as it scaled, Hotstar bled. It posted revenues of Rs 1,112 crore and a loss of Rs 554 crore in FY19. As a result, Disney is keen on scaling the subscription business to drive revenues. This year, for example, Disney+ Hotstar has puts its live IPL matches behind a paywall. “Uday was keen on the ad supported model, but Disney was clear about going the subscription way. Restricted viewership means a drop in advertising earnings, making the investment even harder to recoup,” says the industry insider. The divergent strategies probably led to discord, he says.  That said, it is in Disney’s interest to make its India business tick. Its investment in UTV back in 2011 didn’t quite give it the footing it had hoped for, so it will be looking to make a dent with Star India. The task is uphill, not least because of the coronavirus crisis. As the industry insider quoted at the outset puts it, “It will be tough to find a replacement as brilliant and crazy as Uday.”

Tweets by @forbesindia
Trump vs Biden: How will Indian-Americans vote?
Miihier Singh's self-competitive spirit is what makes him a pioneer in the fitness industry